So, who should we vote for?

A few days ago, the 2016 U.S. election picture became crystal clear. It is now evident that, in just a few months, Americans will elect either Hillary Clinton or Donald Trump as the next President of the United States. Who will it be? Will the economy bounce back? Will our schools make progress? And how about U.S.- Israel relations; will they grow weaker or stronger?

At this stage, only God knows. But I'll be glad to humbly suggest who we should vote for to make our country, and our world, a better place. 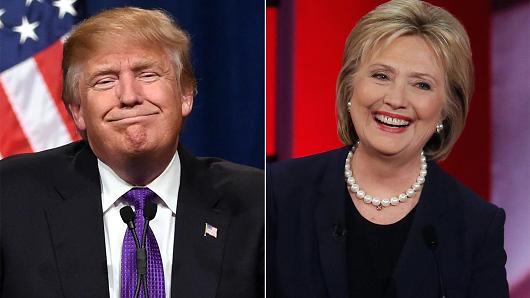 But first, here's an observation: It seems that more than ever before, these elections have dominated our psyche. The "election topic" seems to have permeated our every place, our every conversation, and our every mind. More than 77 million people have been glued to the primary debates thus far and the media coverage on the respective campaigns never ceases to amass an impressive number of viewers and listeners.

This phenomenon prompts one question: Why? Why are the boisterous noises of this election season so prevalent? Why are we magnetized by the daily polls, the gaffes and the statistics?

Some pundits will tell you that it is the appeal to vote and "make a difference in our country" that draws our fierce attention. Others say that we are lured by the appearances of the candidates who emit characteristics that we strongly agree with, or condemn.

They may be right, but I submit to you a different take:

It is our yearning for leadership that allures us to the candidates and their respective parties. And understandably so. After all, our generation has suffered repeatedly from treacherous leaders - in politics, in sports, in culture and in many other realms - who fall so low, shortly after climbing so high. Yet our hope in finding true leaders has never diminished. And when a leadership-caliber candidate resurfaces, we cling on to him or her, hoping that he or she will be "the one" to empower, restore, and elevate this great nation.

Yet our search for such leaders ought not to focus solely on an outside candidate. For this optimal leader also exists deep within the chambers of our souls. Day after day this inner leader hankers to emerge and fulfill his high calling and noble potential to live a life of divine meaning, a life empowered by our heritage and traditions, a life bolstered by deeds of goodness and kindness.

This candidate may not be glamorous or flamboyant, but he so yearns to actualize his God-given skills and talents. This candidate is not running for a four year term; he is campaigning for a life term. And he refuses to rest or resign. He begs us, each and every day, to give him a chance, to permit him to be, to let him speak, to allow him to act. He passionately yearns for your attention, and more important, for your support.

At almost every given moment we are presented with the opportunity of giving this candidate a chance, by putting ourselves in a situation of leadership wherein we are called on do good and become agents of light to the world around us.

This is the candidate I will be voting for. Not just in November, but each and every day.

Will you join me, and vote for this candidate too?