ATLANTA, Sept 25 (Reuters) - President Donald Trump made a series of promises at a campaign event in Atlanta on Friday in a bid to woo Black voters, including establishing Juneteenth, which commemorates the end of U.S. slavery, as a federal holiday.

Trump said he “will always put Americans first and that includes very, very importantly Black Americans.” He spoke at an event in Atlanta, a majority-Black city and the largest inGeorgia, a state that could come into play in the Nov. 3election.

The speech and a fact sheet provided by Trump’s campaign did not spell out how Trump would make good on his promises.

Only Congress has the power to create a federal holiday, but Trump could help introduce a measure for lawmakers to pass.

Calls to make Juneteenth, June 19, a federal holiday grewlouder this summer as Black Lives Matter protests swept throughthe country and many organizations gave their workers the dayoff. The day is already recognized by 47 states and the Districtof Columbia. It marks when Union soldiers arrived in Galveston,Texas, and shared the news that slavery was abolished.

Hawaii, North Dakota and South Dakota do not have a holidayor other official observance of Juneteenth.

Trump is trailinng Democratic opponent Joe Biden in nationalpolling. He won Georgia in 2016, but his lead over Biden in thestate has recently narrowed, with a New York Times poll thisweek showing the candidates in a tie.

More than 85% of Black voters belong to the Democratic partyor lean toward it, according to the Pew Research Center.

Still, Trump told the Atlanta crowd that Biden “doesn’t knowBlack Americans like I do.”

(Reporting by Steve Holland and Lisa Lambert;Editing by Leslie Adler) 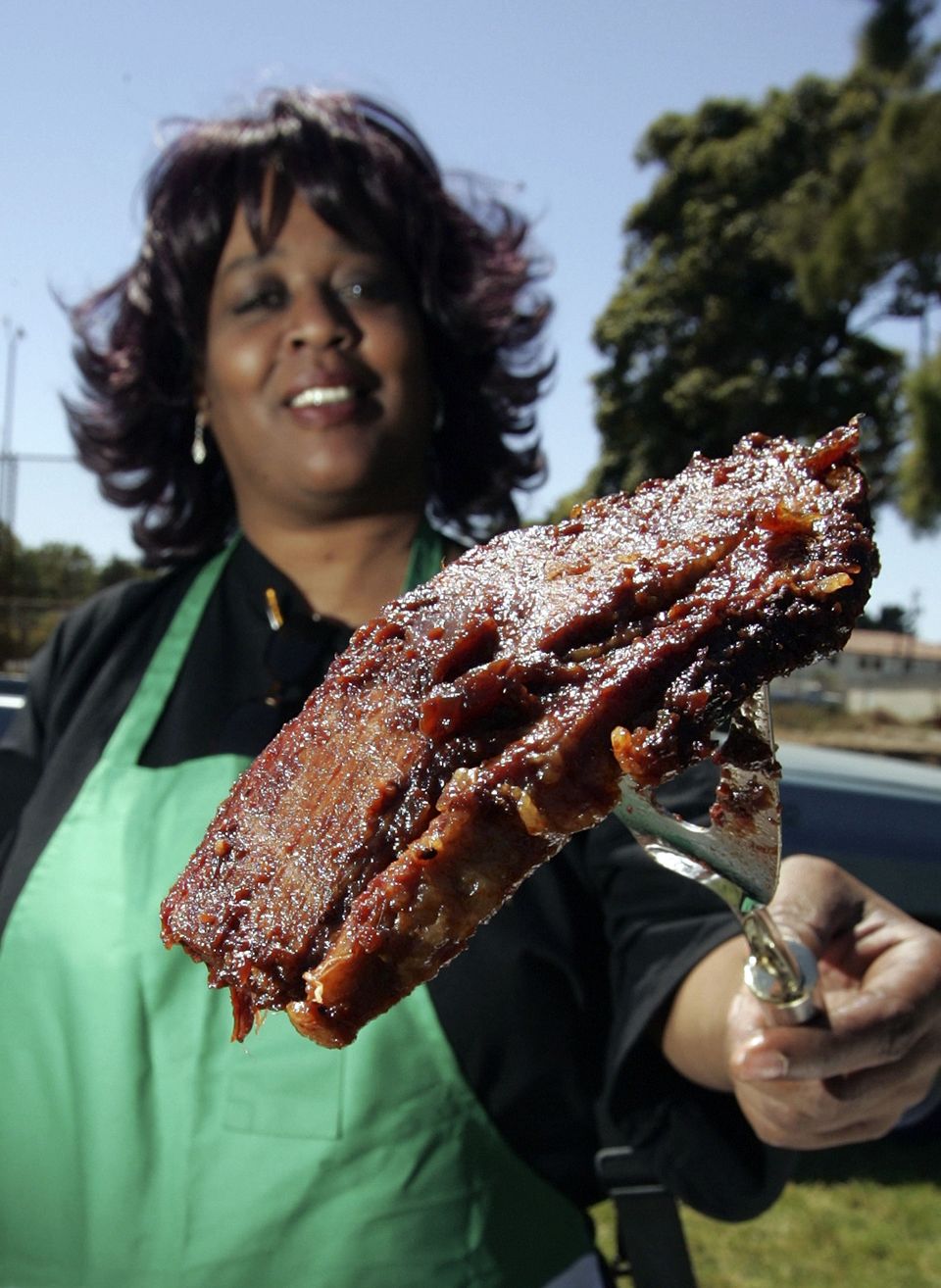 1 / 15
Missionary Pepper shows off the ribs she grilled for the cook-off contest at the 2004 Juneteenth celebrations at Nichol Park in Richmond, California.
David Paul Morris via Getty Images