Last week's release of the Ghostbusters reboot recalls the original's classic scene where Dr. Egon Spengler (Harold Ramis) gravely warns Peter Venkman (Bill Murray) not to cross their proton guns' particle streams, saying the result "would be bad." When Venkman nervously requests clarification of "bad," the deadpan scientist responds: "Try to imagine all life as you know it stopping instantaneously and every molecule in your body exploding at the speed of light."

A current trade proposal by Republican presidential nominee Donald J. Trump isn't quite that bad. But it's close. 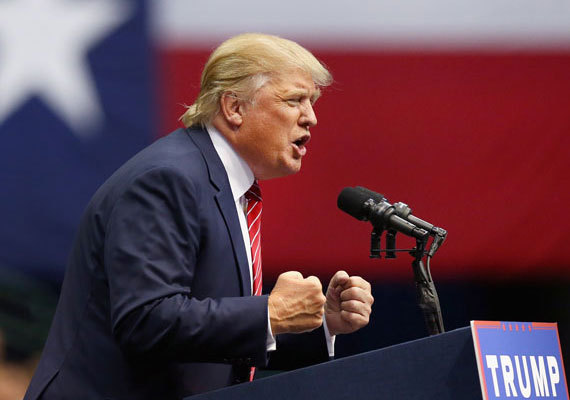 In a major speech in Dallas, Texas last September, the candidate pledged that, as "President Trump," he would impose a 35% customs duty on cars produced in Mexico, to deter U.S. automakers from shifting production to that NAFTA neighbor.

It was among the promises that propelled him to the front of the large Republican field. And, though it's no longer news when a Trump proposal is ill-advised, or even absurd, this is an example of how bad an idea can be when developed by the scriptwriters of a political circus.

First, Mr. Trump's tariff would have to be an ordinary customs duty, because none of the three types of special customs duties can be imposed without the presence of specific economic conditions that have never occurred for Mexican cars exported to the U.S.

Then, there's that pesky federal Constitution, which authorizes only the legislative branch to impose an ordinary customs duty. So, "President Trump" wouldn't be imposing anything; he'd be trying to persuade Congress to enact the tariff. From there, his problems compound.

The 162 World Trade Organization (WTO) countries have all reciprocally bound themselves not to raise their ordinary customs duties above stated ceilings. The United States' tariff binding for cars is 2.5%. Technically, we're allowed to try to renegotiate that binding. But our WTO partners, which include Mexico, would never agree. The U.S. could get out of that obligation by withdrawing from the WTO and its agreements. But, that would be catastrophic to the U.S. and global economies. So, what Mr. Trump is really talking about is simply imposing the duty in breach of the binding.

In addition to violating that tariff binding, Mr. Trump's duty would also breach several other fundamental WTO treaty rules. Not the least of these is the most-favored-nation (MFN) principle, which prohibits us from imposing a higher ordinary customs duty on a product made in a WTO country, than we charge on the same product made in a different WTO country.

If that's not enough, while the WTO agreements govern the normal trade relationships among 162 countries, our separate free trade relationship with Mexico and Canada under NAFTA prohibits any ordinary customs duty, on any product, from either country. Since that's a non-negotiable element, Mr. Trump was talking about either withdrawing from, or very fundamentally breaching, NAFTA. The following month, he talked plainly about breaching that agreement.

The U.S. and Canada have the largest trading relationship between any two countries in the history of the world. And Mexico is our second largest export market. The loss of NAFTA would be devastating to the U.S. economy. And, while the far better Trans-Pacific Partnership (TPP) free trade agreement might soon make NAFTA mostly redundant, Mr. Trump's duty would breach the TPP for the same reasons it would violate NAFTA.

Comparing Mr. Trump's proposal to the United Kingdom leaving the European Union, for example, the latter is a step-down from an economic union to likely a free trade relationship. For our trade with Canada and Mexico, Mr. Trump's proposal is a step down from a free trade relationship, past normal trade relations, into oblivion. And, while the UK proposes to withdraw legally from the EU treaties, Trump proposes a pull-down-the-pillars breach of both the free trade and normal trade obligations we have to our North American neighbors.

The potential consequences of all of these breaches of our global trade agreements and NAFTA cannot be understated. The reciprocal commitments within a trade agreement support one another like a house of cards, and many trade agreements stand in rows like dominos. At the same time, the United States is both the world's bedrock economy, and this trade-treaty system's principal architect. Such a blatant, contemptuous violation by the United States of the system's foundational principals could easily collapse the system and with it the global economy.

It's also not an overstatement to say that collapse of the global economy could lead to the breakdown of civilization as we know it. And, with terrorists relentlessly attacking civilization worldwide, and successfully destroying rule of law in parts of the Middle East, we are even more vulnerable to such a breakdown.

As recently as 1930, during the Great Depression, the U.S. followed by other countries significantly increased customs tariffs, sparking a trade war that collapsed economies throughout Europe. Within three years, the Nazi Party had arisen out of the shambles and overthrown the Weimar Republic. Seven years later, an evil empire was conquering Europe and the world was at war. Three years after that, Europe had a network of human death factories, and a continent-wide rail system moving people into the death factories ... by the millions. Pretty sure that qualified as the end of civilization as they knew it.

After the war, the world came together to negotiate the General Agreement on Tariffs and Trade (GATT) to make certain that kind of trade war never happened again. To this day, the GATT is the foundation of the WTO's roughly 30 agreements. And the twin pillars of the GATT are its first two articles: the MFN rule and the tariff bindings.

Some might point out that, in the end, when the Ghostbusters' proton guns are ineffective against Gozer the Destructor, and all seems lost, Spengler suddenly realizes that crossing the streams is the only thing that can save the world. True. But, his idea is so reckless that Venkman must remind him of its risks, to which Spengler can only reply: "Not necessarily. There's definitely a very slim chance we'll survive."

Today, we stand at the precipice of a world whose unprecedented quantities of goods, services, and investment capital moving across international borders have created a global economy too interdependent to survive reintroduction of the trade barriers that 70 years of painstaking negotiations have profoundly reduced. Yet, while courageous Americans refuse to allow terrorism even to chip the walls of civilization, Mr. Trump's clueless pandering proposes to pull down its pillars.

Though to be fair, it's not certain that a Trump presidency will end civilization. There's definitely a very slim chance we'll survive.