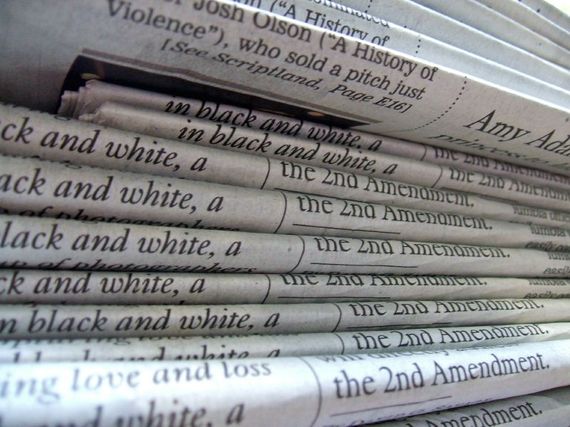 Since he started his run for the White House, everyone has made the mistake of under estimating Donald Trump. They still do. This may be his most powerful asset.

One by one, he picked off each of his rival Republican candidates for the nomination, not by presenting a better plan or a better argument, but rather by belittling them and humiliating them in the public eye. Low energy Jeb; Little Marco; Lyin' Ted Cruz. It was unrelenting, and it was also devoid of content. And it worked.

These were not intellectual arguments, they were a constant drip of poison that was not about public discourse of policy, but rather about simply devaluing his competition in the eyes of the voters until they were mere shadows of themselves. Their standing with the 'audience' was shattered, and yet they had done nothing. But they were dead. Jokes. No longer to be taken seriously.

This was not politics as usual. In fact, it was not politics at all. Donald Trump is not a politician. He is the product of reality TV. And this is very much how it works on reality TV. On "Survivor" or "The Apprentice" or "Big Brother," contestants are eliminated, one by one until there is only one winner left standing. They are not eliminated based on their character or their abilities. More often than not, they are eliminated because people no longer 'like' them.

Being a master of reality TV and having cut his teeth there, this is what Donald understands so well, (and what none of the other "contestants" understood at all). It was never about policy or issues or "the wall" or "Muslims" or his attitude to women. It was all about denigrating his opponents in the eyes of the voter audience.

And it worked. One by one, the opposition was whittled down by making them personally ridiculous. Who could take "Low Energy Jeb" seriously, no matter what he said? Or "little Marco?" When it came to the final round, it was a never ending attack on "Crooked Hillary," the last contestant standing. She never stood a chance. Her wonkish policies were immaterial. He denigrated her in the eyes of the audience until she simply became untenable. A joke in the eyes of a majority of the voting audience. Only one winner was left standing. Donald Trump, master of reality TV techniques.

Now, he is the President, or he is going to be come January 20th. And now, there is only one more contestant he has to deal with -- the press. The only barrier between him and a total "win" is journalism. The traditionalist Republicans in the House and Senate have already caved, and he hasn't even started yet. But the press, that's another story.

So what will he do?

He will do what he has done so far. He will denigrate and humiliate the press at every turn until they also lose credibility with "the audience." They may go on to say whatever they wish, do whatever 'investigations' they want, reveal one scandal after another. It won't matter. Like 'Low Energy Jeb', no one will take them seriously anymore. He won't quash the free press, he will simply denigrate it and degrade it in the eyes of the public until what they say means nothing to anyone. If you want to know the truth, go to Breitbart, he will respond. "Ask Hannity," he will respond, as he did during the primaries.

Hannity has already drawn his line in the sand, as noted yesterday in The Huffington Post"

The free press is the last firewall against an authoritarian Trump regime, and it is already under attack.

Where is all this headed? Back to reality TV, his model for government. In every reality TV series (and I have produced hundreds of hours of them), there is always a "crisis" that turns the show. At some point in the next year or two, we are going to have some kind of national "crisis." A terrorist incident, perhaps. Muslim? Could be? And what will be the response? A declared "state of emergency"? A suspension of civil liberties? Could be.

You heard it here first, you know, from the lying press.