As White House staff and other Cabinet chiefs quit in protest of President Donald Trump’s incitement of a violent mob at the U.S. Capitol last week, it’s business as usual for his environment-related agency heads.

Interior Secretary David Bernhardt tweeted Monday not to address the rioting at a pro-Trump event for which his agency issued a permit, but rather to tout a new report he co-authored highlighting how the administration is fulfilling Trump’s commitment to the international Trillion Trees Initiative.

It’s a remarkably quick segue to other matters for the person who oversees the U.S. Park Police, one of the law enforcement agencies that responded to the Jan. 6 rioting.

Bernhardt has said little about last Wednesday’s attempted insurrection. In a pair of tweets that evening, hours after a mob overtook the Capitol building, he thanked Park Police officers for their bravery and said “violence and lawlessness at the U.S. Capitol cannot and will not be tolerated.”

That carefully measured response stands in stark contrast to his public outrage in the wake of Black Lives Matter demonstrations in Washington, D.C., over the summer. Back then he repeatedly railed against “criminals,” “anarchists,” and “violent agitators” and claimed that law enforcement faced “a state of siege” in Lafayette Park ― language he has yet to publicly use to describe the pro-Trump extremists who attacked police and stormed the Capitol. It was in Lafayette Park where Bernhardt’s Park Police and other law enforcement officers violently cleared out overwhelmingly peaceful protesters to make way for Trump’s photo op outside a church.

In a series of tweets last Thursday, Energy Secretary Dan Brouillette said “politically-motivated violence, regardless of ideology or cause, must always be condemned in the strongest possible terms.” He vowed to remain in office to provide “the support and resources needed to ensure a smooth transition within the Department.”

Commerce Secretary Wilbur Ross, who oversees the National Oceanic and Atmospheric Administration, kept his reaction to a six-word Twitter post: “Violence is never the proper solution.”

Andrew Wheeler, who heads the Environmental Protection Agency, left the nation’s capital on the day of the riot and flew to Costa Rica, where he was scheduled to attend closed-door meetings on “marine litter and recycling” until the weekend. On Thursday, the day after Trump supporters stormed the Capitol, he wrote an email to agency staffers saying he was “completely disgusted” by the event but that he would stay on at the EPA until President-elect Joe Biden’s inauguration.

Wheeler refrained from making any similar public messaging. His official Twitter account has been silent since Jan. 6. On Monday, the EPA press office announced a “sustainable pest control” initiative in Mississippi and Wheeler celebrated the advancement of a controversial flood project on the Mississippi River that the George W. Bush administration had previously vetoed. The EPA chief attended events related to both projects alongside Sen. Cindy Hyde-Smith (R-Miss.), one of six senators who voted not to certify election results even after the riot convinced others in her party to abandon the effort.

In the days since the insurrection, several Trump officials have resigned in last-minute attempts to distance themselves from a president whose agenda they’ve spent years supporting and carrying out. The highest-profile departures to date include Education Secretary Betsy DeVos and Transportation Secretary Elaine Chao.

The timing of these resignations was not lost on critics, who argued that if Chao and DeVos were truly troubled by Trump’s role in the Capitol attack, they would join with other Cabinet members in invoking the 25th Amendment to remove the president from office.

So far, Bernhardt and others atop the federal environmental agencies have shown no sign of taking a stand against their boss’s decision to incite violence, be it in the form of a resignation or usage of the 25th Amendment.

Days After The Riot, It’s Business As Usual At Trump’s Environment Agencies
What Americans Don't Know About Climate Change 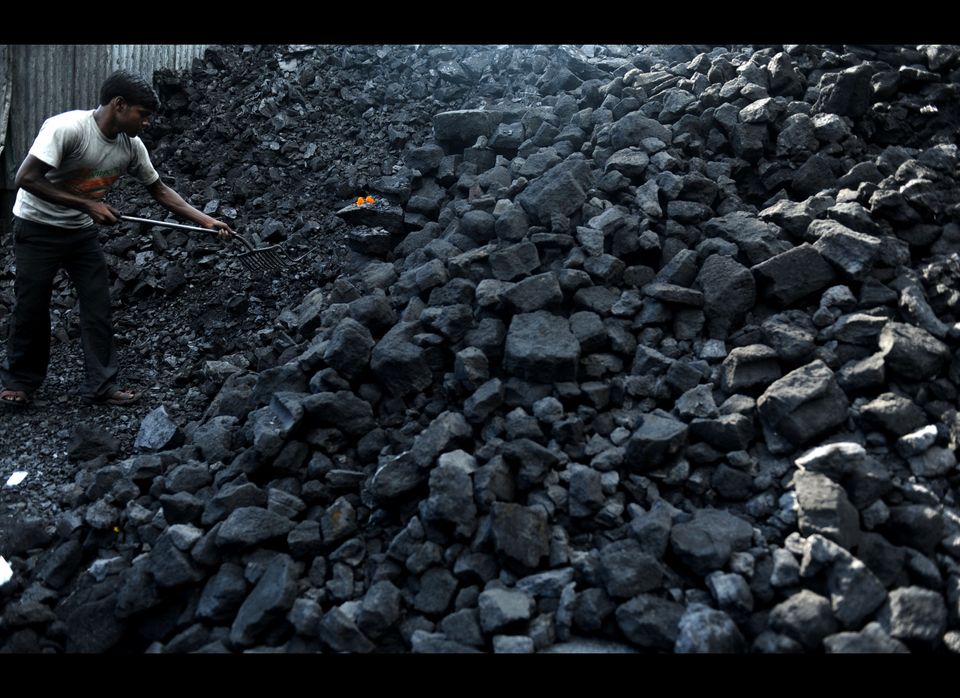