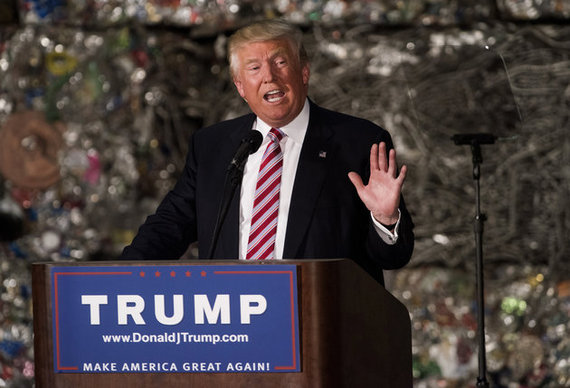 THE IDEA of Donald Trump as a crusader for ordinary Americans − the guy who'll fight for working class and middle class folks who've been breathing the exhaust of America's finance-driven economic engine and are, finally, fed up with it − has always struck me as bizarre.

It's not just that Trump would come to that mission as the beneficiary of family money that greased his way into the privileged ranks of elite New York wealth.

It's not just that starting out wealthy has protected Trump from the worst consequences of his own bad business decisions, the kinds of things that prove ruinous every year for thousands of entrepreneurial and hard-working Americans with no family billions to save them.

And it's not even that Trump's only two claims to qualification for the presidency are that he's been a successful business owner (certainly disputable), and that he's worth more than $10 billion, for which there has been no definitive independent verification.

No, the peculiarity of Trump selling himself as a champion of working men (and working women, so long as they're pretty and not overweight) is that the concept seems to have materialized pretty much simultaneously with his candidacy for president and stands at odds with the track record, limited as it is, of Trump's actual involvement with people and issues that affect working class and middle class Americans.

There's no indication, for example, that the ominously increasing disparity of wealth and income between Americans at the top and bottom of the economic ladder was an issue Trump ever worried about or worked to change.

There's no indication of concern about the wrenching effects of the Great Recession of 2007-2008 on working people − that while the very wealthiest Americans recovered much of their net worth relatively quickly, millions of people at the opposite end of the scale struggled to survive the loss of jobs, homes and savings and watched what little wealth they had managed to scrape together over a lifetime of work slip away forever.

And while it made good business sense for various Trump ventures to exploit opportunities to make goods overseas with cheap labor, there's no sign that Trump had any misgivings about it or that, until very recently, he objected to the forces of globalization and the trade pacts that gave him those opportunities − both of which candidate Trump now glibly denounces.

And even his belated complaints oversimplify matters. American consumers have benefited from ready access to cheaper goods manufactured abroad, partly as a function of trade pacts. Such deals also generally have worked to the advantage of U.S. workers and companies involved in exporting. But these same global shifts have helped kill off other domestic industries and the good jobs they once provided, while enriching managements and shareholders in the process. And the lack of a significant safety net for displaced workers − financial support, education opportunities, re-training programs − has only exacerbated the damage and fueled their anger.

Further clouding the picture is that many American manufacturing jobs also have disappeared as a result of sophisticated computerized processes that replace people on factory lines. These innovations will never be un-invented. Then there's the systematic war that's been waged against organized labor by corporations, industry trade groups, specialized law firms and conservative elected officials. Those efforts have tilted the negotiating playing field even more toward big business − the desired effect − while undermining labor's mission of improving life for working Americans and their families.

Deconstructing and reassembling the interconnected pieces of this puzzle to benefit ordinary people is a complex challenge. It will take considerably more than bragging to "get tough" in negotiations with other countries. Talk, as American workers have learned the hard way, is cheap. 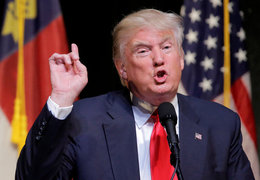 Both Republican Trump and Democrat Hillary Clinton have vowed to correct these problems if elected, but figuring out who's more likely to actually pull it off is another matter. Career public servants, at least, have track records in public service. They can explain what they've done, what they didn't do, why they made the choices they did and what they know now that they didn't know before. They can identify their successes, admit their mistakes and share what they've learned from both.

Clinton, for example, has been working in public service for most of her adult life, both in government and in the private sector. Her track record is long and imperfect, and not only when it comes to the economy. She has a lot to explain and, in some cases, plenty to answer for.

But Trump is an undocumented alien when it comes to service, public or private. He has no serious record of relevant issue advocacy, accomplishment or failure, for that matter. As we've already learned during this campaign, he can coin a nasty nickname and a (barely) coded racial, ethnic or gender slur with the best of them, but he knows very little about almost everything and has shown little interest in or curiosity about learning more. And it's clear that Trump doesn't really "do" complexity.

But it turns out he does have a track record of sorts of business dealings with ordinary people in the working and middle classes. Some of them are folks who turned to Trump − or something with his name and face on it − at moments of financial crisis and desperation, convinced that he had something to offer that might help them. The record isn't pretty.

Trump University, for example − now out of business − was not a university or an educational institution of any kind but, rather, a for-profit, real-estate seminar series. Trump, who owned the majority of the company, did promotional videos touting its services.

Former students and managers have filed class-action lawsuits against Trump in California, charging that the venture defrauded them and that managers were trained to exploit emotional vulnerabilities and get students to sign up for $35,000 seminars they couldn't afford. They say they were urged to accumulate credit card debt to pay for the courses and, according to testimony, were pressured to file positive evaluations of instructors, including some who had no real estate experience at all.

New York's Attorney General, Eric Schneiderman, has filed a similar lawsuit, calling Trump University a "sham for-profit college" that "defrauded more than 5,000 students out of millions of dollars." Trump and his lawyers have denied the accusations.

Trump Institute, a similar venture that Trump did not own but to which he licensed the use his name, was run by Irene and Mike Milin, whose projects had run afoul of consumer protection regulations and fraud statutes in states all across the country. According to an investigation by the New York Times, the attorneys general of 33 states went to the Federal Trade Commission in 2007 and accused the Milins of deceptive trade practices.

And as Trump's Atlantic City casino businesses were headed for bankruptcy in the 1990s and 2000s, he extracted millions of dollars in personal payments while investors eventually suffered a $1.5 billon loss. According to Associated Press reporting, small area contracting businesses were left holding the bag for millions of dollars' worth of work they'd done for Trump. Some lost so much money that they were forced out of business, while others and their workers received pennies on the dollar for the work they'd done.

Current campaign perceptions notwithstanding, Trump University and Trump Institute, among other ventures, targeted ordinary working class and middle class Americans who were seeking to better themselves. And the colossal mismanagement of his Atlantic City holdings hurt small local businesses and their workers, sometimes severely. Yet Trump still brags about how much money he made in Atlantic City.

As they can for any candidate, American voters can consider Trump's background, the real estate operations of his adult life and his track record of business dealings, limited as it is, with working class and middle class Americans. They can decide for themselves how likely it is that a President Trump would have their financial interests at heart.

A version of this column originally was published in print and online by the St. Louis Jewish Light.