Our President-elect has been "twisting the arms" of company executives to make products in the U.S. or risk paying stiff tariffs and fines. While this is consistent with his campaign promises, it is inconsistent with the behavior of his own companies. According the Washington Post, Trump-branded products are made in at least 12 countries outside the US. In an on-air interview of Trump, David Letterman demonstrated that Trump-branded clothing items were made in China and Bangladesh. If you look at the labels of other clothes his company sells under its name, you will also find Honduras and Viet Nam. 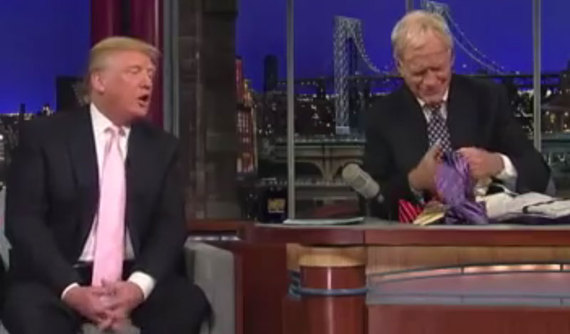 While it may be counter-intuitive to many, where a product is made and by whom is far less relevant to job growth than the demand for that product. There is no better example of this than Apple, Inc. Apple's success has led to the creation of nearly 2 million jobs, and the vast majority of its products are made offshore.

Rather than focus on where products are made, the Trump Administration should direct its attention on the $2.5 trillion Fortune 500 companies are keeping offshore to avoid paying taxes. It should require companies to pay tax on all profits less foreign taxes they have to pay.

In any case, Trump should not be tough on American corporations when it comes to where their products are made unless he is willing to practice what he preaches. The double standard does not work, and undermines credibility.

Rather than point fingers and waste energy, everyone should realize that we are all in this together. In order to make America even greater, we all need to make it a New Year's resolution to stop the name calling and work together. There are so many problems that need to be solved. Working together and dropping the polarizing politics is our best chance for moving forward.