Something amazing happened on Twitter on Saturday. The President of the United States, arguably one of the most controversial people on the platform, tweeted one word with two letters and so much power.

Donald Trump, or a White House staffer representing Trump, typed “We,” then hit the tweet button, sending the word to the president’s 29 million followers.

The series of events that happened next unraveled quickly. According to BuzzFeed, the operator of POTUS’ Twitter account deleted the tweet within minutes, but not before it was memorialized by the quick-thinking people of Twitter.

Trump tweeted the word "we".

It's gone now, but nothing leaves the internet. pic.twitter.com/DJlGJCKQwr

Trump tweeted (& deleted) one word: 'We'. In that brief time, it garnered almost 1,000 likes & retweets.
Which raises the question: 'Why?' pic.twitter.com/tLVoH5OxHw

#we is about to trend so hard pic.twitter.com/0fwIbaYVnZ

First, people tweeted out snarky remarks about the two-letter tweet, as people have been known to do when someone notable fumbles on Twitter.

"The President's tweet speaks for itself."
-Sean Spicer, tomorrow pic.twitter.com/ERGhks8kYI

@realDonaldTrump Last time Trump just tweeted the word "We" then deleted it. Was he about to finally admit that "we are f***ed?"

Then people started completing the one-word prompt with music lyrics.

...WILL WE WILL ROCK YOU pic.twitter.com/l2Iioxip7a

🎶 are NEVER, EVER, EVER / getting back to political stability in this country 🎶 pic.twitter.com/3XAUXBhm6F

#We really did try to make it, baby.
Something inside has died and I can't hide
And I just can't fake it
Oh no, no

Later, people began to rally behind Trump’s “We” tweet, which by then had long been deleted and replaced with a rather boring promotional tweet about the president’s interview with Fox News’ Judge Jeanine.

In a rare moment of unity, people began using the #We hashtag to speak about what they want for their country. Most tweets targeted the president for a variety of reasons ― missing tax returns, potential ties to Russia, healthcare ― but some contained simple requests for the president to take care of and protect the country the best he can.

#We the people know that the country comes first, not the President nor his party. We must know we can trust our government. pic.twitter.com/dtDkSMm4se

#We are uniting our compassionate, progressive ideas in a movement to promote equality in our country & the world

#We want Congress to subpoena those tapes NOW! pic.twitter.com/FNTEg8whOZ

#We would like to see a letter, similar to this one, signed by POTUS45. The sooner the better. pic.twitter.com/GyFaseDW21

#We the People need you, the occupier of the WH, to understand that our country is a democracy, that our government is beautifully crafted

PHOTO GALLERY
The Trumps At The Met Ball 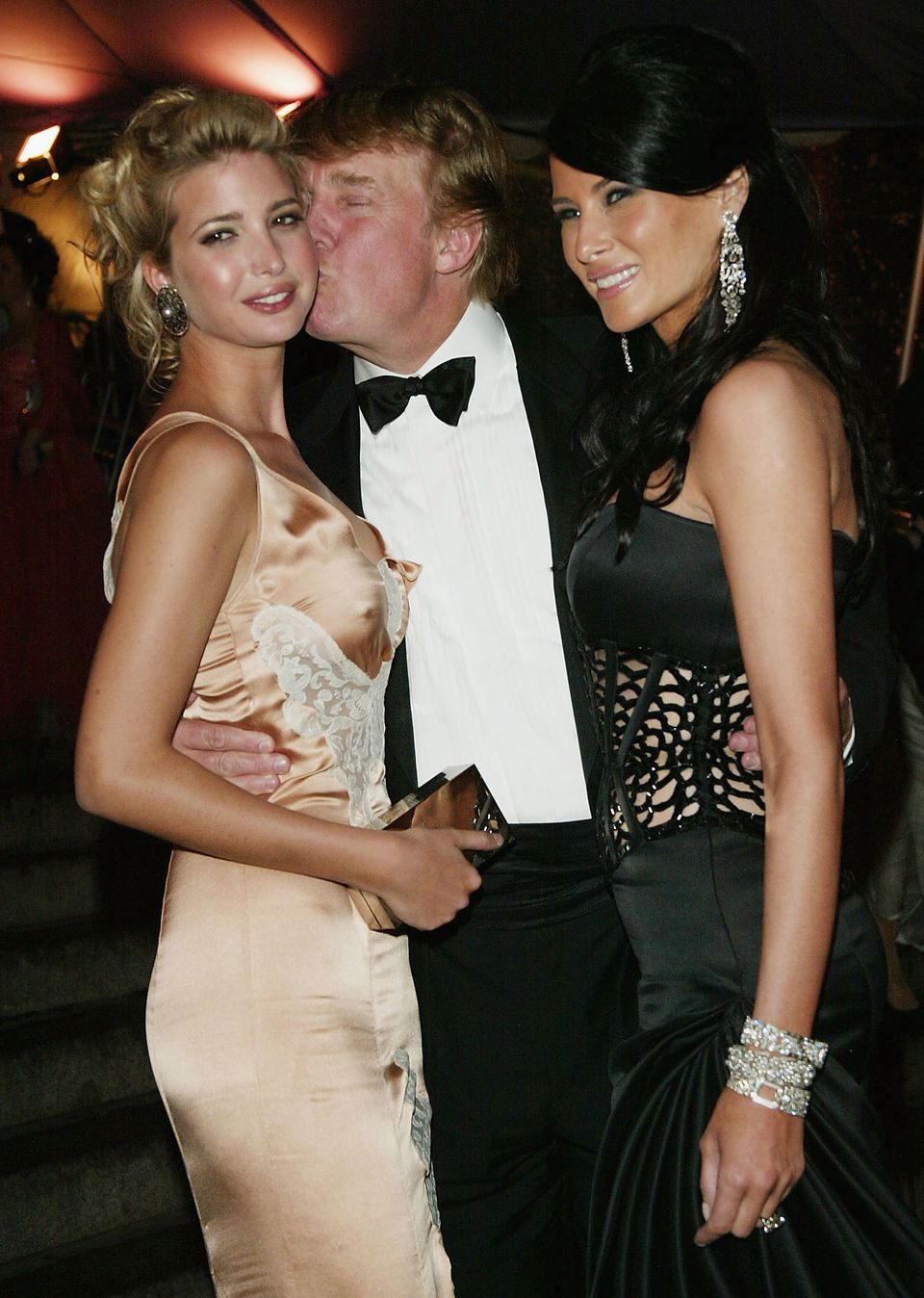