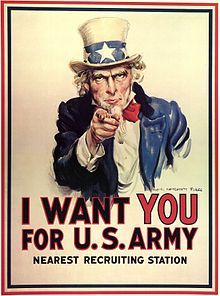 If nothing else the Trump phenomenon has invigorated the electoral process. People with a totally cynical view of government are coming out of the eaves to vote for Trump. Whether he will be as disappointing as Herbert Hoover, whose promise of "a chicken in every pot and a car in every garage" led to The Depression, remains to be seen. But he has catalyzed an enormous interest in the act of voting itself. While statistically there's been no change in the fact that a vote is like a needle in a haystack, people, who look at Trump as having the mentality of North Korea's Kim Jong-un, are treating their votes like the button to Armageddon that they're afraid the billionaire real estate mogul will push in a fit of pique. It used to be that you went to the polls and mechanically hit the levers or marked the boxes for all the candidates of the party you or your family historically voted for, whether it was Democratic, Republican or Green. Now voting has become far more complex. You vote the way you play chess. You might like Bernie Sanders, but be convinced that a vote for him over Hillary is like voting for Trump. You might like Rubio, but be persuaded to vote for the unlikeable Ted Cruz just to keep Trump off the Republican ticket. You vote for Hillary or if you're a Republican for Rubio, Cruz or the erstwhile Kasich, not out of an approval of their policies, but simply to maintain the status quo in the face of the Sanders and Trump candidacies. Still the fact of how high the stakes seem, considering the different visions of the world up for grabs, "trumps" any of the indifference you might have accorded the voting process before. This is one election where voting rights (and the hard fought wars around them) mean something ("North Carolina Exemplifies National Battles Over Voting Laws," NYT 3/10/16). You might love or hate Trump, but keeping him in or out of office has made Americans value the right to vote more than they ever have before.