As coincidences go, this one is pretty bird-brained.

Two Thanksgivings ago, the president pardoned a turkey named “Carrots” who had lost “a fair and open election” in the form of a White House poll over which of two turkeys should be spared, according to Snopes.

But while “Carrots” lost the election to “Peas,” Trump claimed the turkey “refused to concede and demanded a recount.”

The president then claimed that even though the recount did not change the vote, he was going to pardon both birds.

FLASHBACK: In 2018, President Trump attacked Carrots the turkey for refusing to concede he had lost the vote on the White House turkey pardon contest.

"This was a fair election... unfortunately, Carrots refused to concede and demanded a recount."

This year, the president chose to grant a full pardon to a 42-pound turkey named “Corn,” and pretty much stuck to the script, according to Reuters.

However, one reporter felt obligated to see if the president was planning to issue any other pardons, mainly to himself.

a reporter at the turkey pardon shouts a question to trump: "will you be issuing a pardon for yourself?" pic.twitter.com/Mjt8w6kDiv 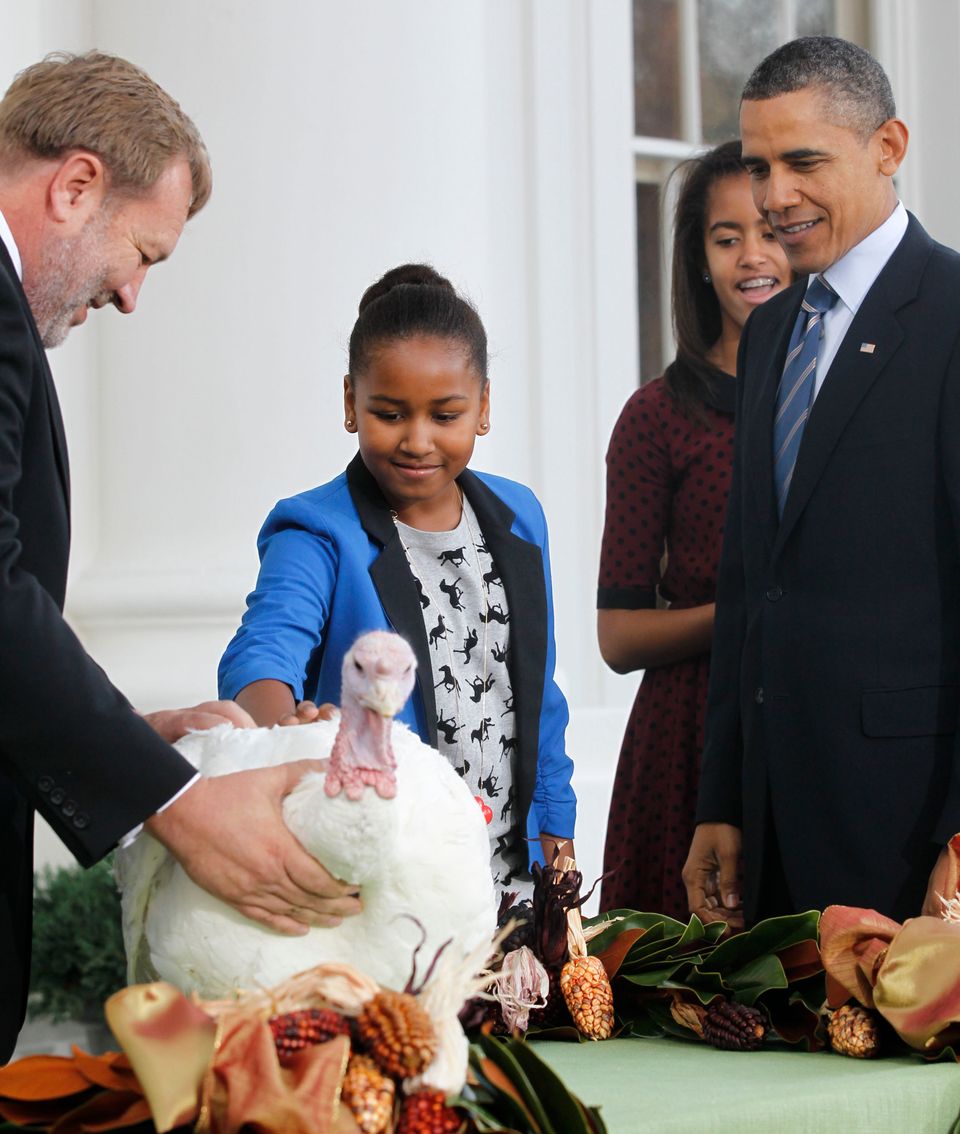 1 / 23
Obama Pardons Liberty & Peace (2011)
President Barack Obama pardoned two turkeys, Liberty and Peace, in 2011. Liberty, a 19-week old, 45-pound turkey, is featured in the picture with the president and his daughters Sasha and Malia. An alternate turkey named Peace was also pardoned.
AP