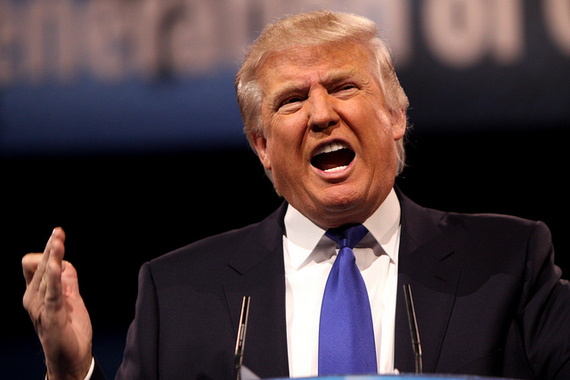 On January 23rd, President Trump reinstated the Mexico City Policy, commonly called the "Global Gag Order." The policy, which was first enacted by the Reagan administration in the 1980s, requires foreign non-governmental organizations (NGOs) to certify that they will not "perform or actively promote abortion as a method of family planning" in order to receive government aid. This condition has traditionally applied only to organizations providing family health services, however when President Trump recently reinstated the policy, he expanded it to include all other U.S. global health assistance organizations, including those that combat HIV/AIDs, tuberculosis, malaria, and other important diseases.

To counteract Trump's policy shift, eight countries, including Sweden, the Netherlands, Denmark, and Canada, announced on Thursday that they are creating an effort to raise funds to fill the potential deficit.

According to the Kaiser Family Foundation (KFF), the Mexico City Policy specifically targets organizations that provide abortions, but it also restricts reproductive health NGOs from providing advice and information about abortion, offering referrals for abortions, promoting policy changes or lobbying for legislation that promotes abortion, or conducting public information campaigns about abortion.

Since its inception under President Reagan, the Mexico City Policy has been rescinded with every Democratic president and reinstated by every Republican president. It's no surprise then President Trump would follow in the footsteps of his right-leaning predecessors in reestablishing it. However, his fine print additions were far from routine and may have dangerous consequences.

In 2003, President George W. Bush assured funds given to address other issues separate from family planning services would be secure, stating in his Mexico City Policy memorandum funding for global HIV/AIDS programs and multilateral organizations that are associations of governments would not be at risk. With Trump's additions, however, all U.S. global health assistance, not just funds focused on family planning, must now comply with the order, KFF reports. Federal agencies tasked with applying these new standards include USAID, the U.S. President's Emergency Plan for AIDS Relief (PEPFAR), the Centers for Disease Control and Prevention, the National Institutes of Health, and the Department of Defense.

Even those that are adamantly pro choice can understand the sentiment that people should not be forced to pay in taxes for something they vehemently oppose. However, such harsh policies are so restrictive that they not only punish health care organizations, they also punish those that desperately depend on them for life-saving interventions.

Sen. Jeanne Shaheen, D-N.H., cautioned her fellow members of congress about these potential dangers in a recent speech on the Senate floor: "Previously, under President Reagan and Bush administrations, this policy applied only to family planning funding. But under President Trump's order, it applies to every program that falls under global health assistance. This means that it puts at risk 15 times more funding and millions more women and families."

Opponents of abortion argue Trump's policies will help reduce abortions in developing nations, but the data from the past three decades show the efficacy of the program is mixed, at best. Researchers at Stanford University concluded in an article published in the "Bulletin of the World Health Organization" in 2011 that in 20 sub-Saharan African countries, exposure to the Mexico City Policy during years of reinstatement resulted in an increase in induced abortions, which may be explained by the corresponding decrease in family planning and reproductive health services when the policy is in action.

Another report, released by the Leitner Center for International Law and Justice at Fordham Law School, focused specifically on the implications of the policy for Ethiopia. When two of the country's leading organizations in reproductive health were unable to comply with the Global Gag Rule, USAID funding was halted, resulting in a loss in reproductive health services at the clinic level and less availability of contraceptive supplies, technical support, and equipment.

No matter which side of the aisle tax payers fall on, everyone can agree that funding is needed for reproductive health in developing nations and that any policy that limits foreign health aid is potentially destructive. Should the current Global Gag Order remain in effect, its large scope will reach beyond reproductive health issues, making it likely there will be unnecessary and preventable deaths. This tragedy can and should be avoided.

The Center for Health and Gender Equity released a policy brief this month that projected Trump's Global Gag Rule to contribute to at least 2.1 million unsafe abortions and 21,7000 maternal deaths.