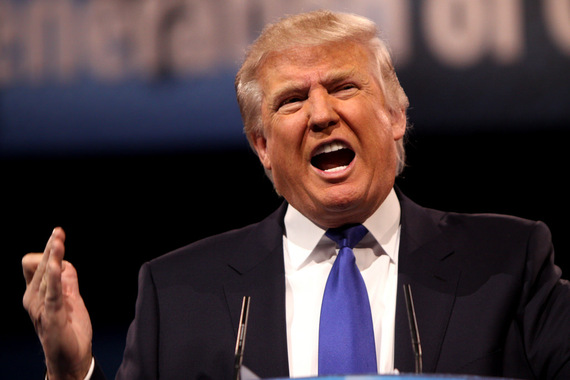 In Donald Trump's view, military sexual assault must be women's fault. This view is a danger to our national security as it grossly distorts this epidemic of violence in our military services, and makes it impossible to really stop it.

26,000 unreported sexual assults in the military-only 238 convictions. What did these geniuses expect when they put men & women together?

'Putting women and men together' is not the cause of sexual assault in the military. In fact, accordingly to the U.S. Department of Defense the number of men being sexually assaulted in the military may even be higher than the number of women. "[About] 10,800 men are sexually assaulted every year in the military," said an investigator. "[Roughly] 8,000 women are assaulted." Men report at very low numbers, however, because they feel shamed and fearful. Those same negative feelings affect women as well, of course.

It is absolutely crucial as well to recognize that rapists in the military are "overwhelmingly heterosexual" and so are, per the DOD, their male targets. These heterosexual men "who are assaulting men" are "often the same men assaulting women."

Yet, Trump stood by his ignorant position on military sexual assault in the recent Commander-in-Chief forum. In the forum, a veteran asked Donald Trump about his daughter's concern regarding the high rates of "the rape of women in our armed forces." Trump affirmed his previous Tweet on women in the military as the reason for the high rates of sexual assault. His recommendation was to "is set up a court system within the military," that is, do something that already exists and is ineffective precisely because it is in the military not outside.

Trump's ignorance as to the extent of rape in the military of both women and men, combined with his misogyny, will only make this terrible problem even worse and further weaken our military.

Sen. Kirsten Gillibrand has been working for years to get her bill the Military Justice Improvement Act before the Senate in the face of enormous misinformation and outright distortion. In short, Gillibrand's bill would take the reporting and prosecuting of military sexual assault outside the chain of command as it has been shown over and over that this is a barrier both to reporting by victims, and a barrier to prosecution.

Thus, as Sen. Gillibrand argues on her resource page on the proposed act as linked above, "75 percent of the men and women in uniform who have been sexually assaulted lack the confidence in the military justice system to come forward and report the crimes committed against them."

Trump's distorted view of gender obviously distorts his view of the cause of military sexual assault. It is not the military becoming a "mixer," per another demeaning Trump Tweet, but an abuse of power that affects both men and women.

It is also crucial to recognize that Trump's profound misogyny is immoral as women and men are not seen as individuals with equal responsibility for their actions. Instead, women are deemed more naturally to blame, a negative inheritance from Western culture that many people of faith and human rights activists have been working long and hard to correct.