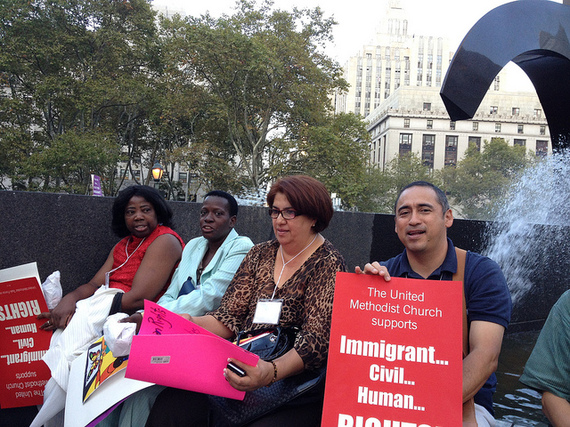 GOP presidential candidate Donald Trump is not alone in attempting to appeal to Christian audiences while blaming immigrants, Muslims and other minorities for the nation's social ills.

This approach is a hallmark of populist far-right political parties in Europe.

The Croatian Party of Rights, for example, has as its motto "God and Croats." The Golden Dawn Party in Greece attempts to portray itself as a defender of the Greek Orthodox Church.

Nearly all experience some of their greatest success with young white men who are hostile toward minorities and elites. Yet it is far from clear whether they are winning the hearts of individuals for whom faith matters.

Two new studies call into question the idea faithful women and men in relatively peaceful democracies are swayed by appeals to close their borders to immigrants and Muslims.

And a just-published study analyzing data from a major New Zealand survey found prejudice decreased the more people were committed to their faith.

"People who only loosely identify with their religion are actually the most prejudiced," said John Shaver, the lead study author.

The religious teachings and texts of the major world religions overwhelmingly promote peace and pro-social values such as love of neighbor, compassion and forgiveness.

But when religious groups feel directly threatened, there also can be an inclination to close ranks against outsiders. For example, strong religious commitment may intensify divisions in conflict-prone regions such as the Middle East, researchers in the New Zealand survey noted.

However, in countries where there is relative peace, and where there is cultural approbation of bigotry toward minority groups, faith groups may be expected to be most effective in building tolerance.

In their study on religion and prejudice, researchers from the Victoria University of Wellington and the University of Auckland analyzed data from nearly 14,000 respondents to the 2013 New Zealand Attitudes and Values Study.

They found that a strong religious faith was related to increased tolerance for Muslims, as well as immigrants and Arabs, two other ethnic "out-groups."

The least likely to display tolerance were those who were nominally connected to a faith, but who said it was not important in their life and they rarely or never attended services.

"Results suggest that in New Zealand, high levels of religious identification and church attendance are associated with substantial reductions in minority-group prejudice, and that such tolerance extends to members of a poorly tolerated religious minority group, Muslims," the researchers reported. 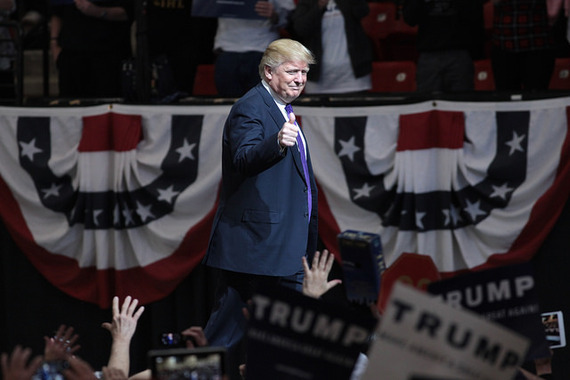 The authors of the New Zealand study began their paper with a quotation from the psychologist Gordon Allport: "There is something about religion that makes for prejudice, and something about it that unmakes prejudice."

But that line can be a thin one, particularly as social conditions change, and politicians nourish the dark side of populist anger.

In the European study, researchers from Illinois Wesleyan University found that the availability of mainstream conservative political parties appeared to diminish potential support for far-right parties.

However, populist far-right parties in Europe such as Golden Dawn are experiencing some electoral success amid a continuing economic downturn and immigration fears. It may not be long, the study authors indicated, before mainstream parties are tempted to adopt populist language and policy to hold on to their voters.

In the United States, which does not have an effective multi-party system, Trump has already done what few thought was possible when he first announced his candidacy.

He has become the leading GOP presidential candidate through appeals to populist anger that include proposals and remarks targeting religious and ethnic minorities.

So, for example, Trump said he wants to ban all Muslims from entering the country.

In his campaign kickoff speech, he said of Mexican immigrants, "They're bringing drugs, they're bringing crime. They're rapists and some, I assume, are good people, but I speak to border guards and they're telling us what we're getting."

It is a strategy, Shaver said, that is likely to attract more than it repels people loosely tied to their faith because they tend to use religion "to justify their own self-interest" rather than to engage in moral reflection.

But religion can be a source for social good among highly committed individuals who take seriously the demands of their faith and reach out to those in need, such as refugees, regardless of their faith.

"When those things are stressed, that should increase tolerance," he said.
There are signs that is happening.

In response to Trump's proposal to build a wall to keep out Mexican immigrants, Pope Francis said earlier this year, "A person who only thinks about building walls, wherever they may be, and not building bridges, is not Christian."

Trump's attendance at a service before the Iowa caucus didn't mute the Rev. Pamela Saturnia of First Presbyterian Church in Muscatine.

She preached a message of healing and acceptance for "those who are the most unloved, the most discriminated against, the most forgotten in our community and in our world." She specifically mentioned Syrian refugees and Mexican migrants.

Hundreds of rabbis and Jewish leaders organized under the banner "Come Together Against Hate" plan to protest Trump's scheduled appearance tonight before the American Israel Public Affairs Committee conference in Washington.

The foothold being gained by populist, far-right parties in Europe and the hostile language employed by Donald Trump on his way to amassing a delegate lead for the Republican nomination may have little to do with religion itself.

But the developments provide plenty of evidence that tolerance cannot be taken for granted.