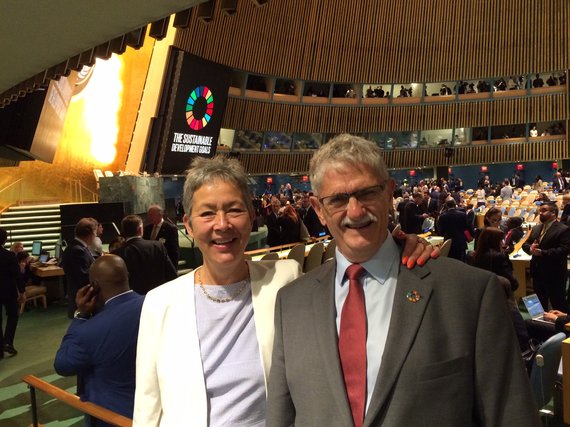 This is the first excerpt from our book on our experiences at the UN and in New York during the UN General Assembly's 70th session, 2015-16, translated from the Danish

The election of Trump is a threat to the United Nations' mission and purpose. His election promises were an attack on world peace. As POTUS he may not pay the US' dues to the UN, he threatens to withdraw the US from the nuclear deal with Iran as well as the climate agreement from Paris, and to declare a trade war on China.

One cannot understand the state of the world and the threats to the future of humanity without a sharp eye on the US. With the largest economy and half of all the world's military hardware, the US is the only superpower right now - and thus either a crucial part of the solution or the problem for the rest of the world.

President Barack Obama unequivocally realises that not only does the UN have a strong need for US involvement, strong commitment is in America's own interest. Obama clearly realises that the US can't control the world through unilateral military invasions in various hot spots.

From our lookout in New York until September 2016 the peculiar and dirty US election campaign constituted a very loud backdrop for our stay.

We now know that the election was much more than that. It was a landslide, which can create a nightmare of global instability and shake the foundation of the United Nations.

The election campaign was utterly bizarre. Never before has a US presidential election stood between two so unpopular candidates. The bragging about the 'World's Greatest Democracy' has ceased.

Thanks to Donald Trump the debates in the election campaign were among the dirtiest in the country's history. Everything in America seems designed for TV. Sports matches, concerts and election campaigns. Such was the case in 1960, when John F. Kennedy was elected. And even then, actors and singers performed in support of their favourite candidate, thus lending him (women didn't run then) the artists' stardust and attracting the votes of their admirers.

In the US, any message seems only to become real when it has been digested on TV or on film. Living in America feels like featuring in a cartoon or movie. As a rule, the film version rather than the real story is highlighted; e.g., when people talk about the Titanic, the showdown with the Mafia in Chicago or the American war in Vietnam, they point to the film-version rather than the actual events. Facts are routinely reduced to a kind of stock cube or instant coffee version of selected highlights. Thus, also a presidential election.

Both Trump's victory and Bernie Sanders' climb in the primary election campaign must be seen as protest movements from different groups in the large white middle class: Many feel squeezed and threatened by the growing minority of different colour - including illegal immigration, which has always been part of the American reality, not least as the highly flexible regulation of labour supply. Others have focused on the greedy super-rich one percent that has hoarded the entire increase in national income and wealth in the past 35 years. With scary rhetoric, Trump mobilised those who direct their frustrations downwards while Bernie Sanders won surprisingly strong support with demands for income redistribution and welfare along the lines of the Danish (economic) Model.

Historically, voter turnout in the US has been reduced by the complicated rules of advance registration, and different deadlines and rules from state to state. In Denmark, the eligible voter simply shows up at the polling booth with proof of identity. The US system of electoral registration acts as a limitation on the poorly-resourced, which was most likely the intention when the system was conceived a few hundred years ago.

In Denmark, we have proportional representation, where parties are represented in accordance with their share of the votes, unless they fall under the threshold of two percent. In this way, it is impossible for a political majority to geographically, ethnically or otherwise manipulate constituencies.

However, simple majority elections in single-member constituencies, which the United States has inherited from the British colonial era, can easily lead to a minority of the nation's voters deciding the majority in Congress.

It was a strange paradox indeed, that the populist Republican Trump suggested that he could only lose if elections were rigged. The result shut him up for once.

An electoral system, which can grant victory to the candidate with the fewest votes is bizarre. It didn't attract much attention that the loser, Hilary Clinton, actually got over two million more votes than the winner. The 2016 election had even lower turnout than usual, probably because many wanted neither candidate. Just over half of the US electorate voted on who should occupy the world's most powerful office.

Due to the Supreme Court's highly political role in the US, progressive Americans find its current composition deeply worrying; President-elect Trump can get to determine an ultra-conservative, republican composition of the Supreme Court for the next 20-30 years. Whatever happened to the separation of powers - a main pillar of democracy?!?

The election outcome in the US is dangerous and unpredictable for the rest of the world. 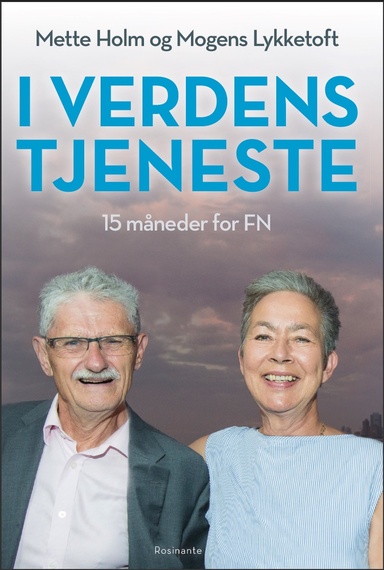 My husband, Mogens Lykketoft, and I recently spent 15 months in New York during his tenure as President of the UN General Assembly. Since our return to Denmark in September we have written a book on our experiences at the UN and in New York City, I Verdens tjeneste (At the World's Service), published in December 2016 by Rosinante & Co. The above is from chapter 22. We hope to have the book published in English in the near future. This is our third co-authored book; the first was on China, the second on Myanmar