Kendall Custer's first single, "Not Gonna Fall," and the accompanying music video were released May 22.

The fact is, every moment we're in is the product of all the moments we've lived. That's just how it works.

This is the day of her first release of "anything, ever!," specifically her new single and music video, "Not Gonna Fall," from her upcoming album, 522.

"It's exciting because I have been the decision-maker in every step, and the timing feels absolutely right. I've learned to trust timing," says Kendall.

The 22-year-old artist moved to LA about three years ago from a small town in Texas. "If you watched the Friday Night Lights series, I grew up in a town just like Dillon," she says.

Within a few weeks of when Kendall moved to LA, Tracie Verlinde at BMI set her up on a "co-write" with her now-producer, Shevy Smith. "[Our rapport] was instant," says Kendall. "It just worked creatively. She is my favorite writer. We started writing together a few times a week until we got some songs we felt good about. Once it was time to start production we were both pretty weary about venturing out because we felt so good about what we were making. So, we decided Shevy would try producing." 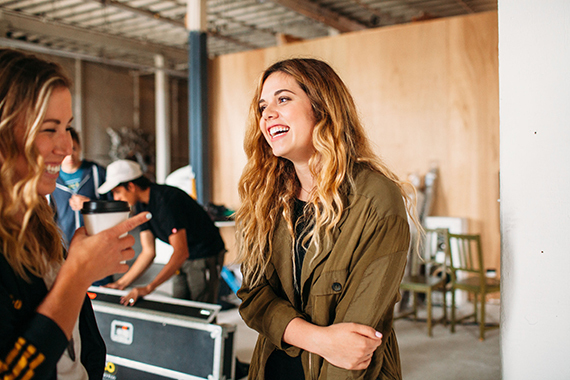 "'Not Gonna Fall' was the first song we put into production," Kendall continues. "It became exactly the sound I wanted. At this point we knew each other so well and she had become family, that there was kind of no way it wouldn't be my dream sound. We wrote every song, recorded everything and spent many nights sitting on her kitchen counter dreaming up the future. For the past three years we hibernated in [Topanga] Canyon developing the sound."

Shevy felt the connection, as well. "Kendall and I definitely resonate deeply and run the same speed in the same direction most times. It is fantastic to create tunes with our minds being so aligned. The process is easy, even when it's laborious. We both have a lot of fight in us to want to make something great, and are willing to be bold in trying to find sounds and phrases that have sonic and emotional weight. Plus, we just chill as buds together a lot, too. She's the best hang and an honest, solid human being. She's the genuine article." 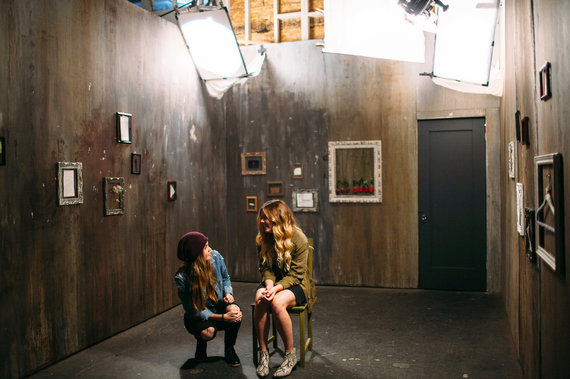 Liana Liberato, actress (The Best of Me, If I Stay) and one of Kendall's best friends, directed the music video. "Liana has somehow made her way into a lyric in basically all of my songs," says Kendall.

"Creatively, we had the idea of what we wanted to do for the music video done a year ago. We actually tried to make it happen then, but it was clear the timing wasn't right. It was like the harder I worked to make it happen, the further the project felt away. I ended up calling it off. Then earlier this year I was in New York for some meetings, and was sitting in the meetings and knew I needed to try again. The second I realized that, everything fell into place."

The intense support and excitement Kendall's friends feel in being a part of this moment with her is palpable. Liana vividly recalls the moment Kendall first shared her music with their tight-knit group of friends. "For a solid six months Kendall would always disappear to Topanga Canyon to work with [Shevy] on some of her music," says Liana. 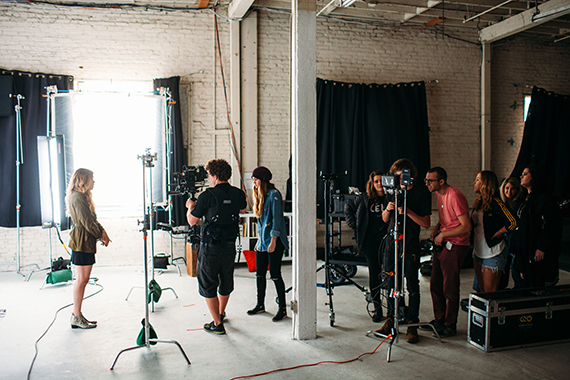 "There was a specific night where a small group of friends were hanging out at my house and Kendall asked if she could play us the track she and Shevy had been working on," Liana continues. "I plugged her phone into my speakers and out comes 'Not Gonna Fall'.... I just looked over at her and said, 'I will do anything to be a part of this journey with you. I'll do craft service at the video shoot if that's what you need.' It was that night she asked me to direct her first music video. That was about two years ago.

"I wanted to help Kendall achieve a dream."

The video concept was inspired by the relationship of one of Kendall's friends. "She was seeing this guy who, after a few months, starting disappearing. Due to miscommunication, she thought the relationship was over -- only to find out later that he had traveled to the Costa Rica and graffiti-ed a stencil of her and her dad on a wall there. He now takes that stencil everywhere he travels and spray-paints it on walls all over the world." 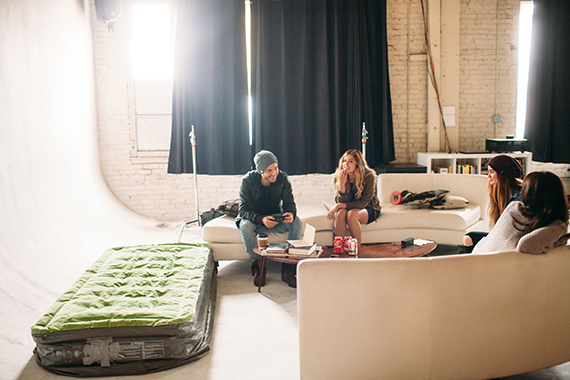 The video represents miscommunication in relationships, says Kendall. "Both my character and [Ryan Good, the male lead]'s character in the video are stuck in the fear of falling for one another. Both of the characters have their walls up. The difference is, Ryan's character is painting over these 'walls' with her."

Says Liana, "The entire video was in the hands of myself, Kendall, our producer Julia Hodges, and our Director of Photography Casey Stolberg. We all met up twice a week, every week, for about two months developing the project. It was very easy to make the video because of this. We all had a clear vision and could trust each other to execute it properly. Because of all the prep before, everything Kendall and I wanted in the video actually made it in the final cut." 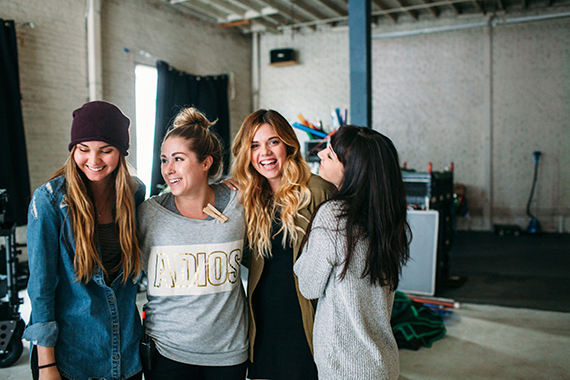 The title of the album, 522, is inspired Kendall's grandmother. "She instilled the qualities from the verse in Galatians 5:22 in my family and me," says Kendall. ("But the fruit of the Spirit is love, joy, peace, forbearance, kindness, goodness, faithfulness.") "There was never one moment when I decided the album would be called 522. In the studio we kinda just started calling it that, and then over time it became the title. With 'Not Gonna Fall' being released on 5/22 (May 22nd), it became a cool double-promo thing."

Kendall says there's no set "theme" to her album: "I just write to write -- but you can't hide who you are and what you're going through if you're being honest in your work. So, there is this underlying theme of me growing and up and trying to do the right thing in situations. Each song, I go through this inner battle on if I'm being a good person by doing the right thing, being honest to who I am and the way I was raised."

522 will be released on Forte Poesy this September. "Not Gonna Fall" can be purchased on iTunes. 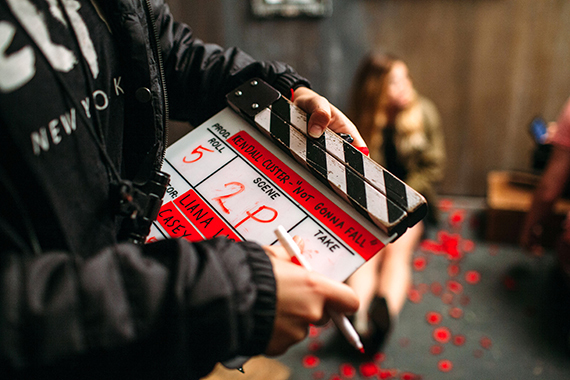