"No man will ever love you," proclaimed my grandmother in her self-assessed infinite wisdom. I was nine or ten -- old enough to know exactly what she was talking about, and young enough that I believed her. Thirty-five years later, in the kind of therapy they do for veterans of war, I understood that she wasn't entirely right. But, she wasn't entirely wrong. Of course, as any therapy veteran would know, right or wrong, it was not about a man's love for me, but "my love for myself." I'll get right on that.

It took me years -- years -- to say the word fat. It took what felt like an entire brain overhaul to say the words fat sex. And even now it's difficult to feel like a normal person. Fetish walking. Oh, the shame.

There is subtle and overt hostility toward fat in just about every arena of life. There is a war against it, after all. I suspect if we lose that war, the terrorists win. It is not clear who the terrorists are in this case, there seem to be many cells: the Happy Meal; high fructose corn syrup; school lunches; overwork; under-work; recess; television; the Internet; video games; eating disorders; poverty; urban sprawl; microwaving Tupperware; lack of breastfeeding; the ratio of calories consumed to calories expended; bariatric surgery; the aversion to anal leakage. Mostly, the lazy fat slobs that just lie around eating chicken wings all day and don't get off their giant arses. Whoever they are.

So, okay, even if it appears our culture believes fat people are gross, the people living in our culture are, well, doing them. And it's not just that fat people "let themselves go" after marriage, so post nuptials we are condemned to sex with a fatso. Actually, secretly, or perhaps not so secretly, a lot of people desire sex with the not-so-svelte. There is much evidence of this -- procreation for one -- but the most powerful is the sex industry. No one knows how many sexually related Internet sites there are (estimates range from one percent to 85 percent of the World Wide Web is made up of sexually explicit material), and no one knows how many sexually related Internet sites there are that feature large women (BBWs: Big Beautiful Women; and, SSBBWs: Super-Sized Big Beautiful Women), but let's say it's safe to estimate it at: a lot.

At around the age of 15, during a time in history in between girdles and Spanx, I wore a bathing suit under my dress. The first time I seriously made out with a boy (park bench, East Village, way past curfew; you know who you are), he asked me if I was going swimming. A perfectly reasonable question, considering. I thought he said: "You're fat." My mistake. Two of us girls had a thing for him, and he picked me. It didn't occur to me that, fat or not, if he picked me, I was the one he wanted. But really, how could I know? Reality had very little to do with my perception of reality. That, it seems, is a common problem.

It doesn't take a sociologist -- or even a feminist -- to recognize the distorted images of women in our culture. And it doesn't take tenure to notice pervasive news and entertainment media perpetuating an extremely thin ideal. It is evident without much discussion that the weight-loss industry is ferocious. Women -- and, more and more so, men -- suffer greatly from feelings of inadequacy and shame because of weight. From those with a "muffin top" to the "super obese," the struggle is profound, and the impact often catastrophic.

Have you noticed that on television and in the movies, any time a fat person gets into a sexual relationship, the primary storyline is about the emotional conflict of whether their partner actually finds them attractive and the angst around taking off their clothes? I recall vividly a scene in The Practice between Camryn Manheim's character and her tall, thin, handsome would-be lover, where she expressed her trepidation about sex with him because of her body, and his exclaiming, "Don't you think I find you attractive?" She broke down in tears (maybe she didn't, but in my storyline tears come next), and he swept her off her feet -- figuratively.

She was heavy. But on a show where she was otherwise portrayed as a strong, independent lawyer with self-confidence to spare, when it came to getting naked and touched, she was suddenly the uncertain schoolgirl, doubting that the man she had been dating found her sexually attractive. It's preposterous. It's also probably widely accurate. Sadly, I relate.

I could go on and on about the trials and tribulations of being fat, the bigotry and prejudice, the notion that fat people are the last group it is socially acceptable to mock, the research on sexual dissatisfaction and dysfunction, the conventional wisdom that fat people are sexually undesirable and undesired, the countless jokes at the expense of "fat chicks." But that is not what this essay is about. This essay is about fat sex from a different perspective.

One of the biggest urban legends is that fat women are better in bed. I have heard various explanations for this phenomenon. It is most likely perpetuated by those who are just more attracted to large people, and therefore, to them, fat women are better in bed. As stereotypes about fat people go, it's one of the more flattering. I choose to believe it; but then again, it serves me.

So how did it work out for me? I will tell you that my grandmother did a number on me, and it's taken work to un-brainwash myself. I still struggle with it every day. But humans are resilient, and sex is a powerful motivator. And you know, fat women are better in bed.

Head over to Amazon to order Fat Sex: The Naked Truth. 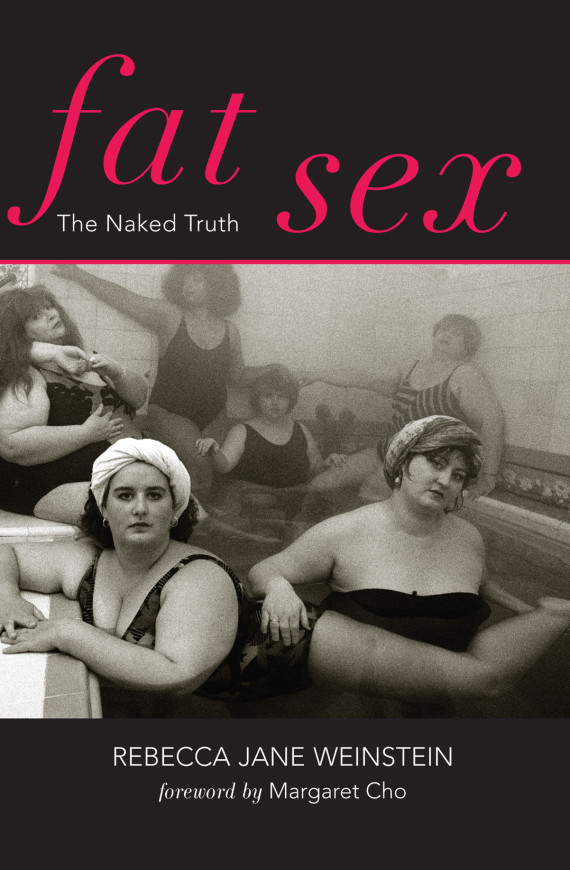