For the 40 million American adults who suffer from anxiety and panic disorders, everyday life can be a little more challenging than most people realize. There’s the dreadful fear of particular events, the looming thought of a panic attack and persistent physical symptoms -- and it can be all the more difficult when you feel like no one else understands what’s going on.

According to Todd Farchione, a clinical psychologist at the Center for Anxiety and Related Disorders at Boston University, there are certain stigmas that society has created for anxiety sufferers, but even more opportunities to overcome them. From touchy phrases to intense fears, below find eight things people with anxiety know to be true (and what everyone can do to help).

How annoying “calm down” is. 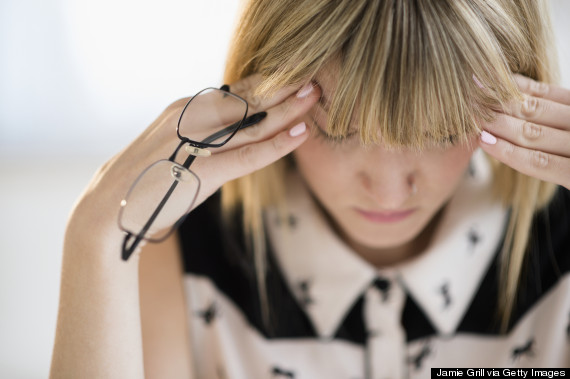 The last thing that will calm down an anxious person is telling them “calm down.” In fact, it may make the situation worse. According to Farchione, some research suggests that trying to calm oneself during the middle of an anxiety attack can actually increase the original emotional response in the moment. As a result, by trying not to be afraid, the sufferer may experience a more intensified reaction to what’s making them fearful.

Instead of encouraging someone with anxiety to calm down, Farchione suggests offering support that shows understanding. “It’s a bad strategy to tell someone to ‘calm down’ -- mostly because it doesn’t give anyone a sense of how can they do that,” he explains. “If they could calm down, they would -- it’s an overly simplistic view of emotion. A better strategy would be asking questions like ‘What’s making you feel this way?’ By voicing it and thinking about it, generally speaking, they can deal with it in a better capacity.”

Panic attacks are never convenient.
It’s a normal day. You’re getting ready to head out the door when suddenly, your chest constricts. Soon you’re engulfed by fear -- it’s almost excruciating. And there’s nothing you can do to stop it.

Some panic attacks come out of nowhere, without a whisper of a warning, while others are fear-induced, brought on by confronting the situation that gives them anxiety in the first place. Regardless of when it happens (or how the experience affects you personally), it’s never pleasant -- and it’s rarely convenient. “When someone suffers from one of these disorders, it’s completely debilitating,” Farchione explains. “Partly just because people recognize that what they’re experiencing is irrational, but they’ve learned to respond in a certain way in those situations so it’s a natural response to those experiences. It can be frightening.”

Physical symptoms can show up in unexpected ways.
Anxiety doesn’t just plague the mind -- physical symptoms can also stem from the disorder. A 2007 New Zealand study of participants with inflamed digestive tracts suggests there’s a link between anxiety disorders and the development of Irritable Bowel Syndrome. The high levels of stress commonly associated with anxiety can also produce symptoms that range from hives and rashes to dizziness and dry mouth.

Fear has a different meaning. 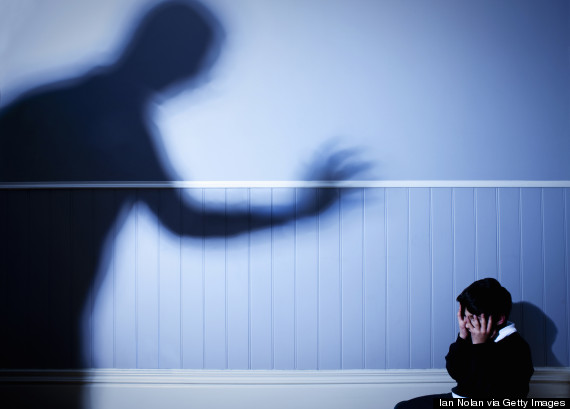 When you’re dealing with anxiety, your fears are amplified to an extreme degree -- and it’s something that doesn’t necessarily go away. Getting on a plane or walking into a room full of strangers can become excruciating, and there isn’t a quick fix for how you’re feeling.

As child psychiatrist Allison Baker explained, we all feel uneasy when facing uncertainty. However, those who suffer from anxiety disorders experience fear on a deeper level. “We all experience anxiety in some capacity,” Baker previously told HuffPost Healthy Living. “It helps us prepare for speaking in public and it motivates us to practice or rehearse; everyone can relate to what that experience is like. An anxiety disorder is when those run-of-the-mill butterflies become a chronic daily experience.”

In order to help a sufferer cope with what’s terrifying them, many people help someone with anxiety avoid specific triggers. However, Farchione warns that this empathy can also reinforce fearful habits. “It’s a tricky situation -- you want to be validated, but that can lead family and friends to get into pattern of accommodation which could be a bad thing,” he says. Loved ones can become sensitive to the sufferer’s fears, such as making sure their home is overly devoid of germs or avoiding fearful situations in order to not cause distress. “That’s not helping either -- it’s actually catering to the fear,” Farchione says. “[That behavior] is saying the fear is valid and rational, which can be problematic also.”

Being anxious is more than just being stressed out.
When you tell someone you have anxiety, sometimes their first reaction is to try to relate (even though stress and anxiety can be inherently different). This expression of empathy comes from a genuine place, but as most people struggling with the disorder know, it isn’t always the most helpful.

Studies have shown that stress is a contagious emotion. When you have two people commiserating on the negative -- even if it’s coming from a place of support -- Stanford University psychiatry professor Keith Humphreys says you’re actually doing more harm than good. “It’s important not to obsess with each other,” Humphreys told HuffPost Healthy Living. “If you have two people who are anxious, they may feed off each other. If people have trouble controlling their own anxiety, try not to engage in that activity even if you think it might help.”

How exhausting overthinking is (but you can’t help it). 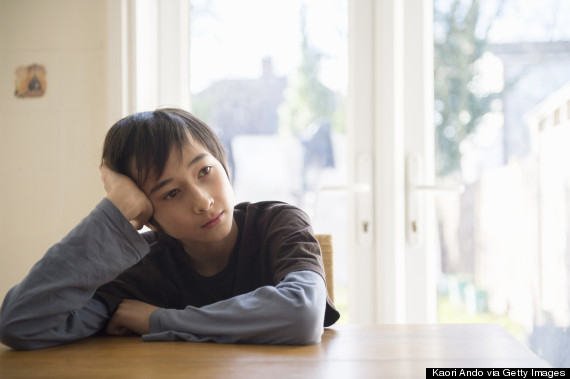 It’s a toxic cycle: Your thoughts become your worries and your worries become your thoughts. But dwelling can have its consequences, according to one study published in the journal PLOS One. Researchers found that ruminating on negative thoughts is one of the biggest predictors of depression and anxiety and the psychological response to events happening is even more paramount than what actually happened.

Farchione suggests seeking help if anxiety sufferers start to get too lost in the negatives. “Those emotions [anxiety sufferers] feel are real,” he explains. “They’re not just made up in their head.”

Your phobia can often be a punchline.
Farchione says that many people will get enjoyment out of springing triggers on people with phobias, like showing a picture of a spider to someone who has arachnophobia. Whether they have the intention of being insensitive or not, he suggests tapping into your empathetic side before making a joke. “Have an appreciation for the fact that their fears, while irrational and tough to understand, for that person they’re totally real,” Farchione says. “It’s better to treat it with courtesy and respect.”

The uneasy feeling that can come with a pill bottle.
There can be a stigma attached to healing emotional and mental disorders through medication -- and those who may be using medicine to help with their anxiety may be all too familiar with the uneasy feeling that comes with taking their pills. As mental health speaker and author Tom Wootton puts it in a blog on Psychology Today, the stigma is just another outward sign of the fear of uncertainty. “We can be afraid of many things, but the worst fear is of the things we are ignorant of,” he wrote. “The combination of fear and ignorance is so powerful that many people think fear is just another word for ignorance ... But when we understand fear and the role it plays in our condition, we can use it as a tool instead of letting it destroy us.”

Farchione stresses that there is absolutely a way to move on if you’re suffering from anxiety, whether it’s through medication, talk therapies or both. He explains that there are multiple methods of treatment -- it’s all about finding what works best for you. “There are ways to get help and there is more than one option available,” he says. “They can get over this. There’s no reason that people should suffer in the way that they’re suffering.”

More:
how to deal with anxietyhealthy livinganxietyStress social anxiety
Newsletter Sign Up