Veteran journalist and author of Opening Heaven's Door: Investigating Stories of Life, Death, and What Comes After explains what she discovered after researching how people cross over.

After losing my sister and father within nine weeks, I spent five years investigating what happens when we die. While interviewing dozens of people who work with terminally ill patients, or have had deathbed experiences or have come back from death, I learned that the dying often seem to know that they're going, and when. Within 72 hours of death, they begin to speak in metaphors of journey. They request their shoes, or their plane tickets or demand to go home when they are home. When my sister lay dying of breast cancer, she said, as if frustrated, "I don't know how to leave," and spoke of "hapless flight attendants."

"Does my wife understand about the passport and ticket?," asked a man succumbing to the ravages of pancreatic cancer of a Virginia-based hospice nurse named Maggie Callanan (Callanan, along with fellow nurse Patrica Kelley, would go on to coin the official phrase, "nearing death awareness," and co-author Final Gifts: Understanding the Special Awareness, Needs, and Communications of the Dying). After having helped hundreds of patients transition to death, Callanan believes this vision of a journey ahead is no accident. The dying are not picturing an end. They are seeing death as a trip -- possibly to somewhere else.

2. Dead family members and friends can come back to us.

This sounds like a side effect of the powerful pain killers they are taking. But is it? In one major cross-national study (by psychologists Karlis Osis, PhD, and Erlendur Haraldsson, PhD, of the University of Iceland) comparing deathbed experiences in the U.S. and India, the majority of patients who were still conscious within an hour of death saw deceased loved ones beckoning, regardless of whether they were medicated. When I interviewed Audrey Scott, 84, who was dying of cancer, she was receiving visits from her adopted son Frankie, she said, who had predeceased her by several years. He sat quietly in a nearby armchair.

In some cases, people see friends or family members they simply weren't aware had died. In one of the first well-investigated cases of a deathbed vision, a mother dying in childbirth told obstetrician Lady Florence Barrett in a Dublin hospital that she saw her deceased father before her. She also saw something that confused her: "He has Vida with him," she told Lady Barrett, referring to her sister, whose death three weeks earlier had been kept from her. "Vida is with him," she repeated wonderingly.

3. There's something else about that famous white light.

It has become a bit of a cliché in our culture to talk about seeing "the white light." But, the truth is that this light is also perceived as wisdom and love. It's a feeling as much as a visual experience. Those who have near-death experiences -- retaining consciousness during cardiac arrest, for example -- are veritably shattered by the emotional power of this light. Dr. Yvonne Kason, who had been in a plane crash, compared it to an extraordinary maternal love. "Like I was a newborn baby on my mother's shoulder. Utterly safe." Then she added: "It was like I'd been lost for centuries and I'd found my way home." Nurse Callanan frequently observes her patients being present, conscious, in this world and also beginning to see and remark upon the beauty of another.

4. Even when there's no warning, they may still say goodbye.

It came as a true surprise for me to learn that study after study confirms that roughly 50 percent of the bereaved sense the presence of lost loved ones, either in the moment of death, or sometime later. It happened within my own family. My father died abruptly, without a warning illness, in the middle of the night in 2008. My sister Katharine, awake in her bedroom 100 miles away, suddenly sensed a presence near her, and felt hands gently cupping the back of her head. She was suffused with feelings of contentment and joy, an experience so vivid and strange that she found it remarkable -- and shared it with her son before learning that our father had died.

Although psychiatrists call these instances "grief hallucinations," the science of such subjective experiences remains poorly understood; certainly, it doesn't explain how we can have them before we know someone has died. One man told me about going downstairs to breakfast during his childhood, and seeing his father seated at the table, as always. He was totally mystified when his mother proceeded with the news that his father had died in the night. "But he's sitting right there!," he said. His father then faded.

Only 5 percent of these experiences are visual, according to a study done by palliative-care physician Michael Barbato at St. Joseph's Hospital in Auburn, Australia. The majority involve the sense of a presence -- not a fleeting, shadowy sense, but a vivid and specific one, often spurring people to make urgent phone calls, or to change direction as they're driving, or to burst into tears. It can happen at the moment of death, after some weeks, or even years later. Said the Toronto advertising executive Karen Simons, of a cold night six weeks after her father died: "I'm driving on the highway, and into the passenger seat comes Dad. I could feel him settle in. He had a very distinctive lean to the left. He rode with me from Kennedy Rd. to Pickering (10 miles). It was incredibly real, and it was completely transforming."

5. The living can share in the experience of dying.

Research in 2010 by psychiatrist Raymond Moody, PhD, who coined the term, "near-death experience" in his groundbreaking 1975 book Life After Life, suggests people can occasionally co-experience the sense of entering the light. As Florida-based palliative-care psychologist Kathleen Dowling Singh, PhD, has noted, "The dying become radiant and speak of 'walking through a room lit by a lantern,' or of their 'body filling with sunlight.'" Sometimes, if only for a moment, their family members do, too. The psychologist Joan Borysenko, PhD, for instance, described having such an experience when her 81-year-old mother died at Beth Israel Deaconess Medical Center in Boston while Borysenko was on faculty at Harvard. The room seemed to fill with a brilliant light, which both she and her teenage son saw, as they watched her mother rise spectrally out of her body.

We fear death in our culture, and find it difficult to talk about and witness. But perhaps the dying understand more than we do, and can offer us comfort, if only we could listen to what they're attempting to say.

Patricia Pearson is the author of Opening Heaven's Door: Investigating Stories of Life, Death, and What Comes After and When She Was Bad...: Violent Women and the Myth of Innocence.

Own OWN Live Happier OWN Empower Yourself Death and Dying 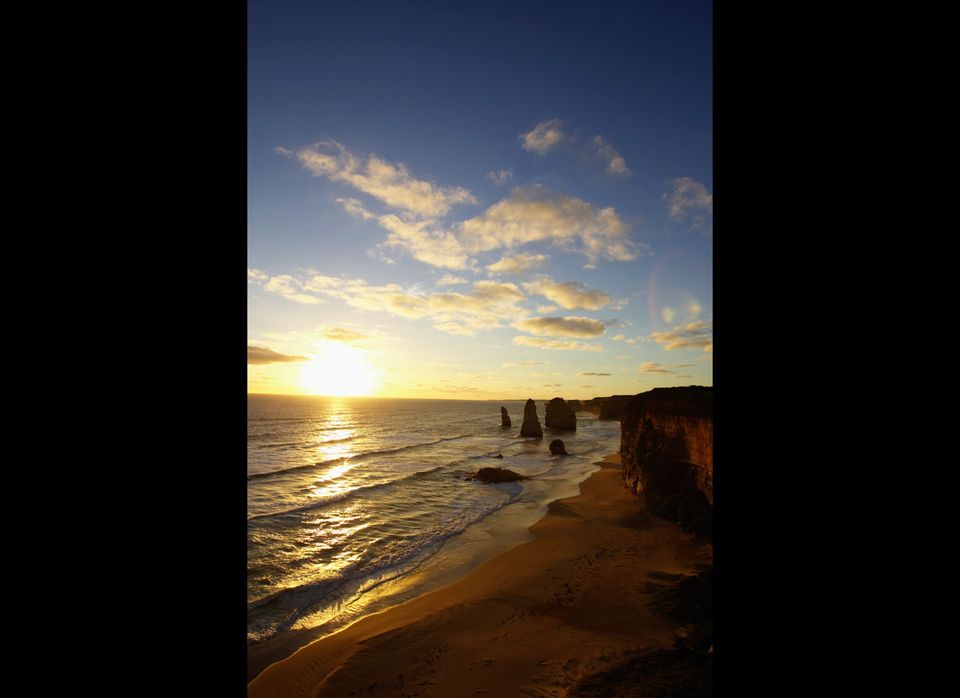