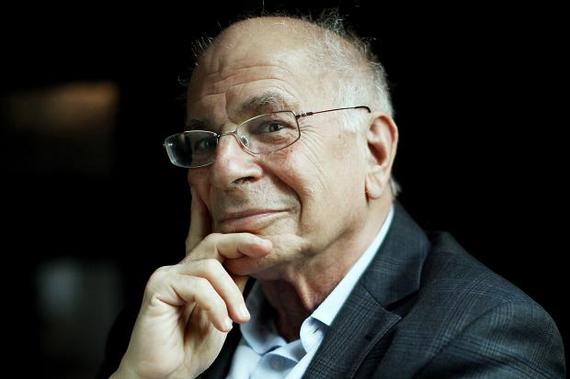 In 2002, the recipient of the Nobel Prize in Economics was oddly enough awarded to a classically trained psychologist. Daniel Kahneman is considered to be one of the world's most influential individuals in the field and is the founder of a unique and revolutionary new field known as Behavioral Economics. His career has been dedicated to a concept that is both simple and profound: the irrationality of the human mind. And through his focus on the cognitive biases both conscious and subconscious in our decision-making processes, he stumbled upon a cross-field application of statistics and psychology that has resulted in a field that creates a new template to understand economics in the twenty-first century.

The last decade has seen a great explosion of interest in the field of pop psychology. Real works such as Black Swan by Nasim Taleb have been overlooked in the favor of the more easily digestible generalisms offered by Malcolm Gladwell and his string of books. However, few books or individuals have been able to find a mass appeal through an application of statistics to the real world that Freakonomics and Nate Silver have executed. One by its nature of being the first, more playful in its application than dedicated to some more realistic pursuits such as Nate Silver and sabremetrics applied to guessing elections rather than the best policies. But while these books stand as a good point of comparison, they are far and away incomparable to the utterly profound lessons to be found in Daniel Kahneman's 2010 book, Thinking Fast and Slow. 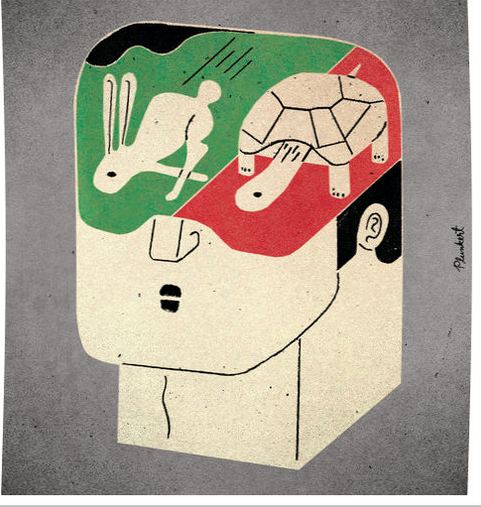 The book focuses on the brain as made up of two systems, theoretical and simplified of course, but meant to simplify the nature of his study. Kahneman breaks down the brain and decision-making process into two easy to understand systems of categorization: System 1 and System 2.

• System 1 focuses on what we think of as intuition, the part of our brain that operates automatically and quickly, with little or no effort and no sense of voluntary control. (Think of how quickly you know the answer to 2 +2)

• System 2 focuses on the critical-thinking and rational part of our decision-making process, which allocates attention to the effortful mental activities that demand it, including complex computations. The operations of System 2 are often associated with the subjective experience of decisions made through concentration rather than intuition.

The book delves into the way these two systems function and interact, and the ways in which they may affect the decision-making processes in our life, from the simple to the complex, and the way that they are affected both by inherent subconscious biases to the subtlest undetectable triggers around us. Concepts such as the anchoring effect, which reflects our tendency to be influenced by irrelevant numbers we are exposed to before making a decision, to the way overconfidence can skew our notion of our ability, are concepts with far-reaching implications to understanding some of the more glaring failures of society as a whole to our failures. The true beauty however lies in Kahneman's ingenuity in creating tests and measurement systems to find statistical proof of some of these previously hypothetical psychological concepts, which he takes a step further, through its application of those concepts to the field of decision-making in the field of business and economics that lifts its importance. It's insights lay out a case for a new model of psychology and economics and provides a new template to understand consumerism, dismissing the rational-model actor that has been the foundation of all economic analysis and theory since antiquity, a profound theme that is the foundation of revolutionizing how we perceive and understand the nature of the economy and consumerism.

The concept of two minds is not a new idea in psychology. But the manner in which Kahneman illustrates them touches on profoundly overlooked ideas. For example, the idea that the vast majority of decisions are made by System 1, so that even when we think we're making reasoned conscious decisions often the conscious mind is merely post-rationalizing decisions that have already been made. This is problematic for businesses in a number of ways. Firstly, it means that asking consumers what they want is flawed. If they don't have full introspective insight into their decision-making process, what they claim motivates them is often inaccurate. Another broader repercussion springs from the fact that choice is effortful. As Kahneman has said, "Thinking is to humans as swimming is to cats; they can do it but they'd prefer not to. It means that the ever-burgeoning growth in choice might have unintended consequences. Simply put, we can infer the potential negative effects of an excess of choice. 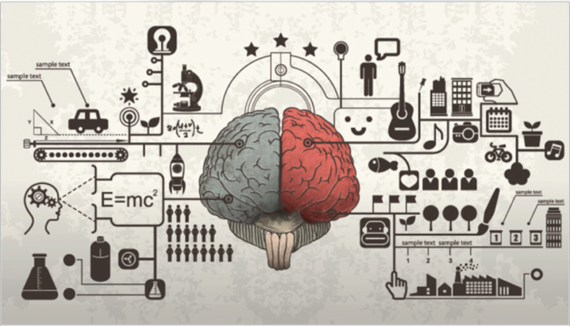 However, it is here where companies such as Amazon have figured out a proper, if not magical, solution to this exact problem. By catering their recommendation algorithm to propose offerings based on past purchasing behavior, they are able to help narrow down, or eliminate the thought required, for options that would be ten-fold and scattered were a consumer to attempt purchasing at a brick and mortar shop. The idea of consumers making fully reasoned decisions is finally being debunked. Events like the financial crisis and fresh research have successfully challenged the idea that rationality is at the heart of our choices.

This book should serve as a bible for businessmen, marketers, and especially CEO's, to understand the importance of behavioral economics, a new template for understanding the mindset, motivations, and purchasing incentives of the twenty-first century consumer, all of which can be be immediately applicable to the way digital advertisement space is purchased to the way that websites are structured and designed.

Thinking Fast and Slow for some frankly inexplicable reason, has not yet reached the mass population it deserves. Simply put, it is the most important book of the twenty-first century on marketing, economics, business, or even self-help. I highly suggest that regardless of what book you are reading at the moment, replace it with this one. If you are in any of the fields on which it touches, pick it up. Though those in business are quick to be proponents of the 48 Laws of Power or How to Win Friends and Influence People, as our economy undergoes a transformation comparable to industrialization, this book shall serve as the beginning and end of how to understand it.

Buy it. Read it. Memorize it.

I guarantee you'll be the one telling everyone to read it.