When you go to Europe, don't be shy: Try speak the language of your destination. It can be fun! 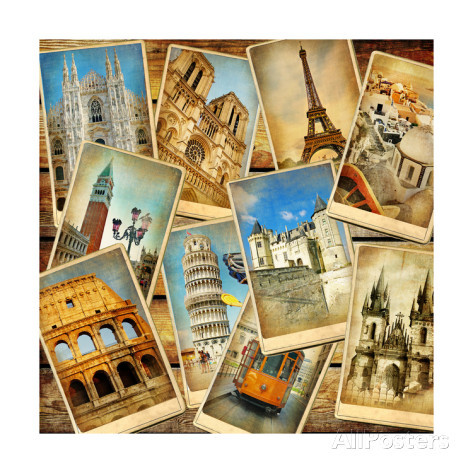 Preparing for my first German book tour, I took an on-line grammar test from a language school. Big mistake. I was never good at test-taking and I bombed, despite having studied some basic German for more than a year. I told this to a friend who teaches German and he said, "Forgot it. Nobody's going to test you over there. The key thing is, can you communicate? If you make mistakes, so what? Don't let yourself be paralyzed by grammar. It'll stop you having fun."

That was terrific advice.

Despite the jet lag, I plunged in as soon as I got off the plane in Berlin and hailed a cab. I knew I was making mistakes, but the cab driver took me to the main train station anyway. We chatted about the weather and understood each other pretty well, though I found myself tongue-tied more than once. She helped me along, and whenever I couldn't follow, asking her "Wie Bitte?" (Excuse me?) was always effective, giving me time to process what we were talking about a little further. And time to relax. 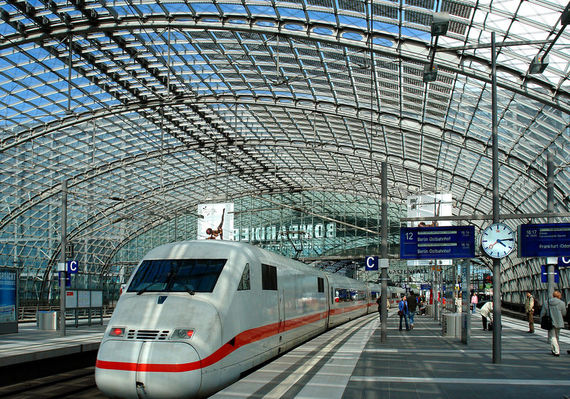 At the train station, I managed to buy my ticket to the next city without fuss. But when I found a stand to buy a sandwich and some water, I asked for non-sparkling water incorrectly: "Haben Sie stille Mineralwasser?" All German nouns are either feminine, masculine, or neuter, and adjectives reflect that. I should have said "stilles Mineralwasser," since Wasser is neuter, not feminine.

But you know what? The clerk answered in German that of course they had it, what size did I want, and I bought the bottle with no problem. It's only when I walked away that I realized my mistake. That was a good, practical lesson and proved my friend the German teacher was right.

This happened everywhere I went. Whether talking to waiters, cab drivers, ticket agents, new acquaintances, and even some old ones, I'm sure I made mistakes. But I never had trouble getting my point across. 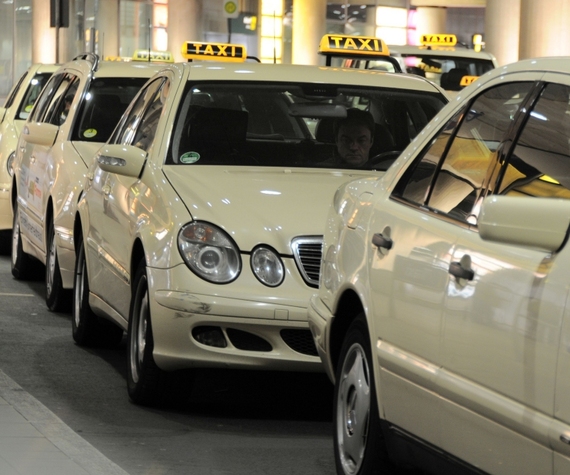 And the more I spoke with people, the less self-conscious I got, the better my accent was, and the more I found myself picking up new words and expressions. People appreciated my speaking to them in their own language. That much was clear from their attitude--and sometimes they came right out and said it.

A friend who's lived in Germany confessed that even now he still sometimes makes mistakes in his German. "But they love that anyone makes the effort," he says. "The important thing is to try." When you do, your access to that country's people and culture is completely different. But remember, it's not a test or even a quiz. Keep it fun.

Lev Raphael is the author of the memoir/travelogue My Germany and 24 other books in many genres. You can check out his books on Amazon here.