Next time you pass through airport security, double-check your pockets. It's just common cents.

On Monday, the Transportation Security Administration released its 2014 fiscal year report, which disclosed the government agency collected almost $675,000 in loose change left behind by travelers in 2014 -- and it gets to keep every penny.

"TSA makes every effort to reunite passengers with items left at the checkpoint, however there are instances where loose change or other items are left behind and unclaimed," TSA press secretary Ross Feinstein said in a statement Tuesday. "Unclaimed money, typically consisting of loose coins passengers remove from their pockets, is documented and turned into the TSA financial office."

In a followup to the report, Feinstein added the airport with the most loose change last year was New York City's John F. Kennedy International Airport, where passengers left behind $42,550 in spare change at the security checkpoint. 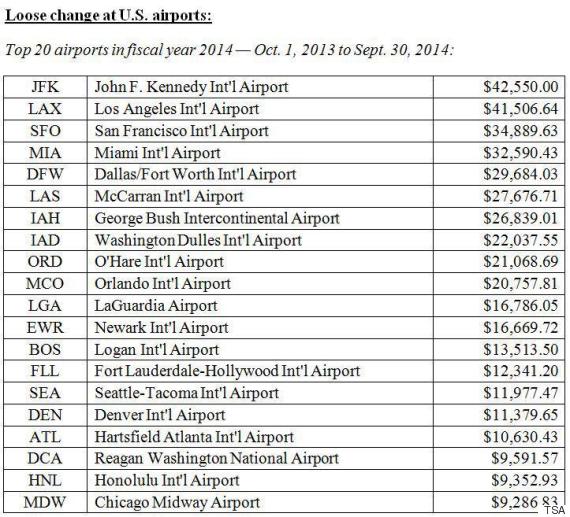 The World's Best Airports For 2014