Two Transportation Security Administration agents at Denver International Airport have been fired for allegedly conspiring to grope male passengers in an elaborate plot that involved hand signals and the manipulation of the settings on a full-body scanner so that more thorough pat-downs could be conducted on men found attractive.

One agent, a man, would allegedly signal to a female coworker when a male passenger he found attractive was coming through the scanner, according to The Denver Post, which cited a police report.

The female agent would then allegedly press a button on the touchscreen that would change the gender of the passenger to female, thus triggering an alert for an anomaly detected in the passenger's crotch. That would lead to a physical pat-down of the groin, conducted by the male TSA agent.

The agency received an anonymous tip about the alleged gropings from an employee in November, according to KUSA-TV in Denver.

However, the agency reportedly did not look into the allegation until February, when an investigator stood in the screening area, watched the scheme unfold firsthand and reported it to Denver police.

The investigator witnessed the male screener giving the signal and the female agent changing the gender setting, before the male agent conducted "a pat down of the passenger's front groin and buttocks area with the palms of his hands, which is contradictory to TSA searching policy," according to a police report cited by KUSA.

When questioned, the female screener admitted to doing this at least 10 other times, according to FOX31 Denver.

Neither of the fired screeners has been publicly named.

CBS4 in Denver, which first broke the story, said the TSA has refused to release documents and videos related to the case, saying they are part of an ongoing investigation.

The TSA released a statement saying "these alleged acts are egregious and intolerable," per KUSA. The agency said all misconduct accusations are investigated "and when substantiated, employees are held accountable.” 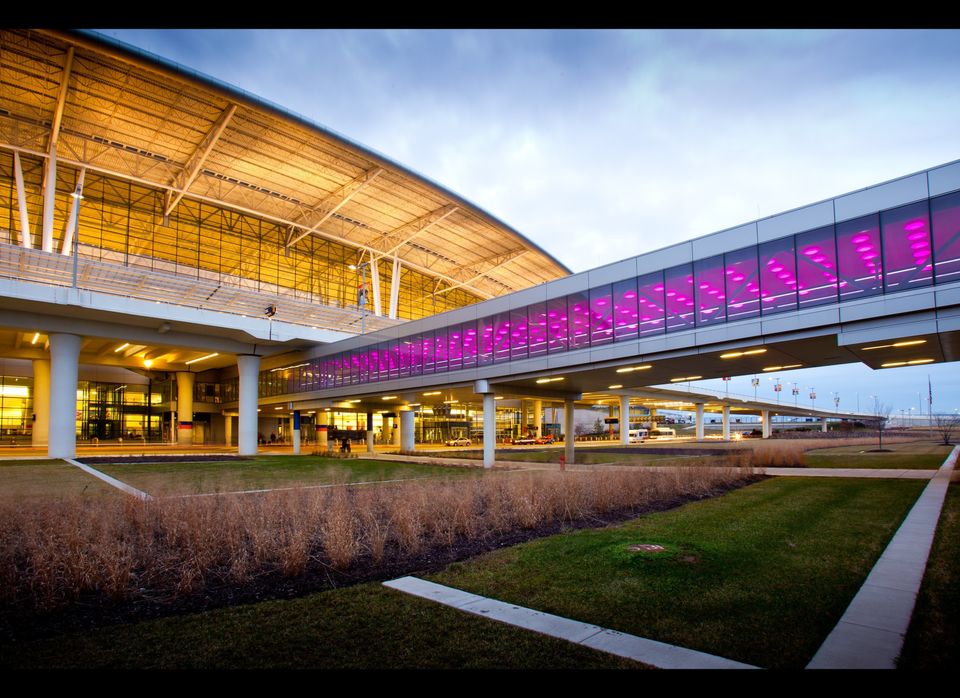 1 / 7
No. 1 Indianapolis International Airport (IND)
<a href="http://www.travelandleisure.com/articles/best-airport-security-checkpoints/9" target="_hplink">See More of the Best Airport Security Checkpoints</a><br><br> One of the first U.S. airports built post-9/11, IND is newer and better designed than most for the modern challenges of airport security. Opened in November 2008, the 1.2-million-square-foot complex averages 137 flights per day to 32 nonstop destinations, totaling about 7.3 million passengers in 2012. Indianapolis is slated to become one of the first two airports in the nation (along with Washington Dulles) to offer enrollment in the new, expanded <a href="http://www.tsa.gov/tsa-precheck/tsa-precheck-application-process" target="_hplink">TSA PreCheck</a> program. <br><br><em>Photo: John Fleck</em>