What do a father and daughter singing duo, an Olympic medalist, and the hottest telenovela stars on TV have in common? They're all part of "Tu Mundo" (Your World), a new Hispanic awards show by the Spanish-language network Telemundo.

The celebration of Latino music, sports, fashion and pop culture was broadcast live Thursday night from the Fillmore Miami Beach at the Jackie Gleason Theatre. This first-ever installment of the award show was hosted by Mexican actor Rafael Amaya and Venezuelan actress Gaby Espino.

YouTube's favorite father-daughter duo also made an appearance receiving the award for "Favorite Viral Video." In 2010, Jorge Narvaez and his then 6-year-old daughter Alexa taped their cover of Edward Sharpe and The Magnetic Zero's "Home" that prompted millions of views across the Internet. Since then the pair has received media attention from the likes of Ellen Degeneres and "America's Got Talent."

"I want to educate people about diversity and the importance of being a father and being there for your kids and continue advocating for Latinos, for people who are struggling in this country," Jorge told The Huffington Post in June.

Telenovela stars raked in the majority of the evening's awards, as singers like Spain's David Bisbal lit up the stage with his song "Ave Maria." And by the end of the night, Jennifer Lopez was chosen as everyone's "Favorite Latino in Hollywood."

Check out the stars on Telemundo's "Tu Mundo" Blue Carpet: 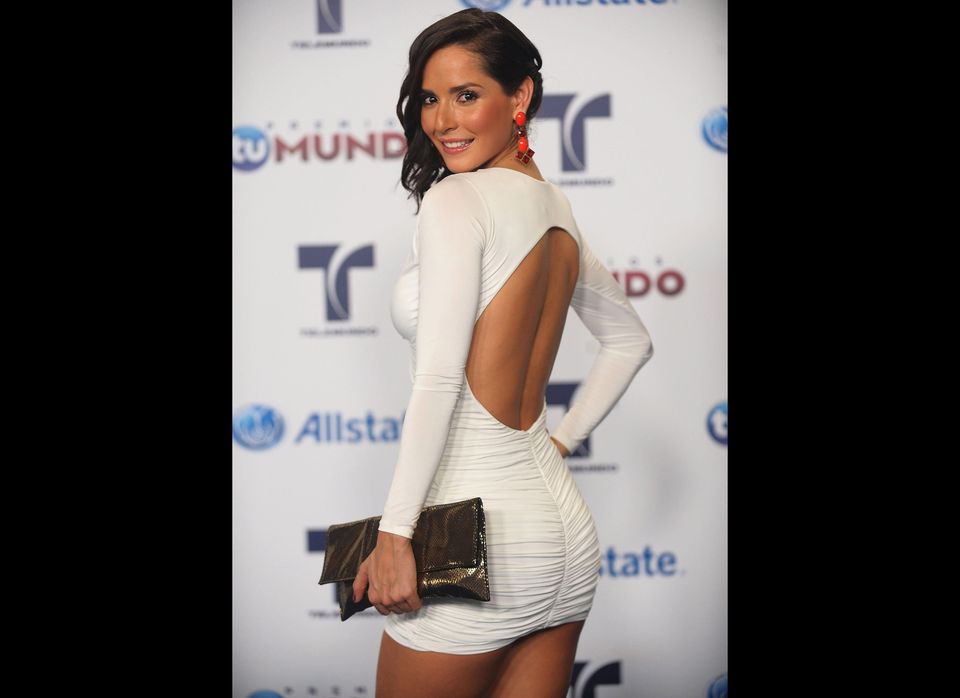 1 / 20
Colombian actress Carmen Villalobos wears a skin tight long sleeve dress with an open back. A metallic hand bag and colorful earrings splash some color to the look.
Getty