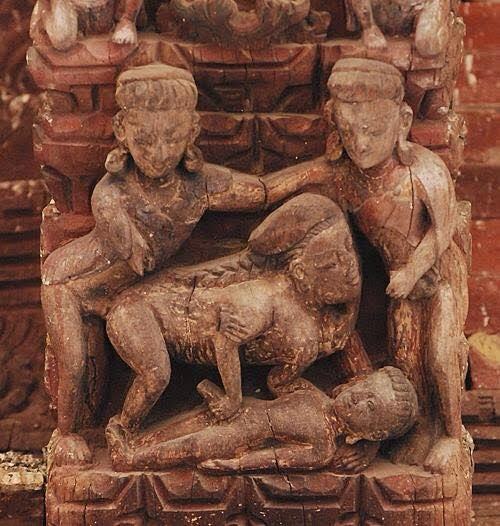 The city is itself rich with different cultural influences. In ancient time, this city was ruled by the Malla dynasty. When you visit the Kathmandu valley you can see the influences. It makes you feel something different. There are so many old ancient temples and tastes of history there. 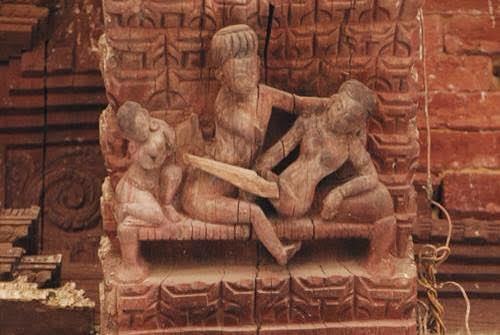 Hinduism considers sex to be only between husband and wife. Premarital sex is considered a sin. It was very strictly prohibited in the ancient period of time. Travel writer Sanjok Acharya says, it helps to promote tourism industry all over the world as well as improves the economic condition of Nepal.Tudal has so many scientific meanings. There are many reasons for its existence in temple art. Some people believe it's for karma. According to Hinduism, karma is the sum of a person's previous state of existence. Actually, in Hinduism it is Mokshya, which means salvation, freedom from materialistic things. After seeing these images, people can feel normal.

According to others, when nude art is on the wall, negative sprits can't enter the temple.Some people believe that it gives married couples sex education and how to have proper sex in a non-embarrassing, sacred way.

People also believe that if Tudal is there in the temple, it helps to protect from lightning strikes.Some priests say, in ancient times there were so many people that chose to be saints, and they used to prefer the single life. But if everybody followed the single lifestyle, it would go against Nature and no babies would be born, so with Tudal in the temples, people would feel desire and want to continue a natural lifestyle.

There is one ancient story. Around the 15th century in Kathmandu, one MALLA king vanished from his city, people searched him all over the city but people couldn't find him. He vanished for so long time. After that, There was messed up in the Royal palace. After that in between Queens and army, slaves and their relatives began a sexual relationship. Continually happened this process for a long time. They started new sexual pose which is called Karma Sutra. India played a great role in the history of sex. After that they discuss in the royal place how to solve this problem. Their artist decided to art those things to make aware public. 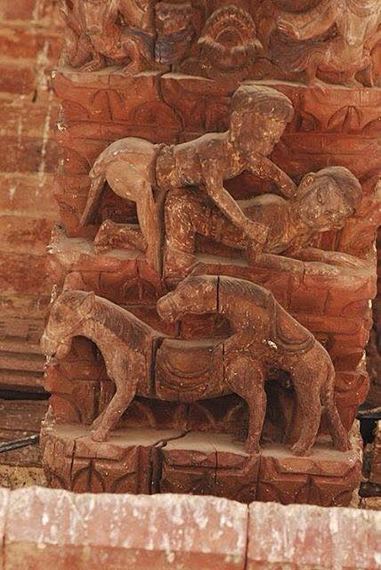 In so many countries, their natural heritages are in museums, but sadly, in Nepal, the heritage is decaying because of the carelessness of the government. Fortunately, the temples remain as a part of our heritage. In a way, our temples are like sex museums, providing insight into the sexual background of Nepali culture.

Nowadays there are so many sex museums in the world like the Netherlands, Thailand, Russia, China, USA, etc. In my opinion, sex museums are an integral part of the culture. They give many ideas and educate people about sex. Sex is very essential for all human beings. It is better not to be shy because we are all born because of sex. It's a beginning point of our life and our duty is to know it as a fact. Therefore, sex education is important. It creates more fun. It gives proper guidelines. The world is facing nightmare sexual diseases because lack of sexual education. If people know their facts, they can enjoy sex more, and sex becomes safer.

When you visit Nepal, don't forget to bring cameras with you. Go to the temple or natural heritage places. You will never forget Nepal and its valuable artistic pleasure.