Though created by Mr. Tudor in 1937, the ballet couldn't have been more current. Tudor described this work as his favorite ballet, and many consider it to be his greatest. "From bursts of rage to tender moments of quiet devastation, Tudor's 'ballet requiem,' expresses the raw emotion of a tight-knit community faced with the inexplicable loss of their beloved children," explains the Antony Tudor Ballet Trust. 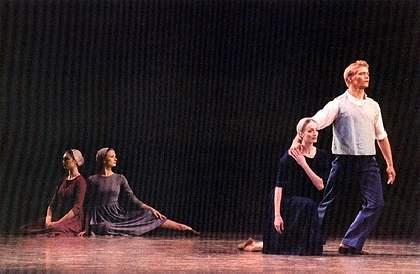 Newtown, Connecticut, grieves for 20 children and six adults gunned down at Sandy Hook Elementary School in December. Boston grieves in the wake of Monday's Marathon bombings, with three dead and more than 170 injured. Together, we grieve, as a nation.

NY Theatre Ballet performs chamber ballet masterpieces and new works by emerging choreographers, and innovative one hour ballets for children. By pairing the ballets of legendary creators with those of new visionaries, NYTB helps audiences to rediscover the old and be thrilled by the new.

This story was originally published on adriaballetbeat.com on Saturday, April 20, 2013.