Tuesday might finally be the day you land that job.

Job hires and postings peak on Tuesdays, according to a recent survey of over 270,000 jobs in North America by hiring platform SmartRecruiters. 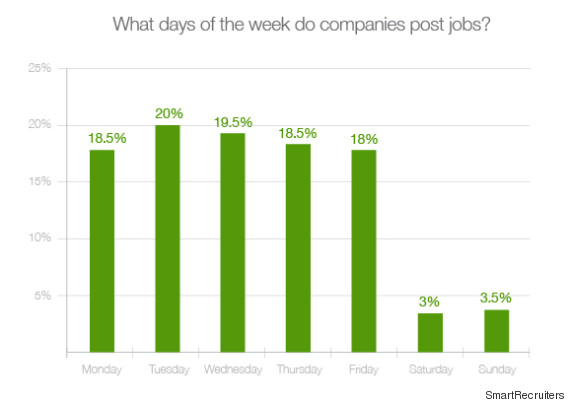 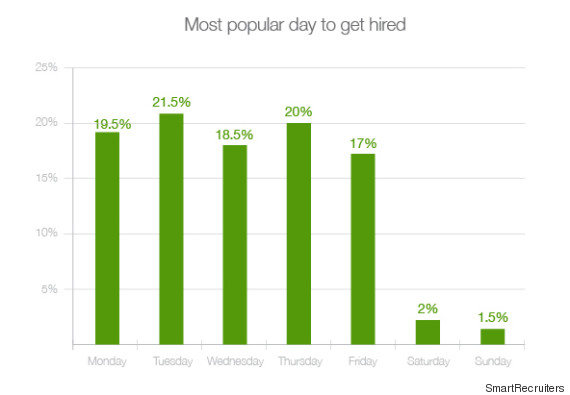 “Hiring managers are getting caught up after the weekend, and by Tuesday they’re putting together offers,” said Jason Buss, recruiting innovation officer at SmartRecruiters.

Job seekers tend to favor Tuesdays as well: 18.5 percent apply to postings that day, just ahead of Mondays and Wednesdays, which both see 18 percent of job applications. And if you’re trying to break away from the pack, apply before 2 p.m. That’s when the bulk of job applications are submitted, while most job listings go up earlier in the day, around 11 a.m.

The difference between applying on Tuesdays and other days is marginal, though, Buss cautions. People should instead be aware that nearly 60 percent of applicants respond to a listing within a week of it being posted.

“Competition within the first few days is highest,” Buss said. “It’s about who gets in early, who’s networking, who gets in contact with the hiring managers.” 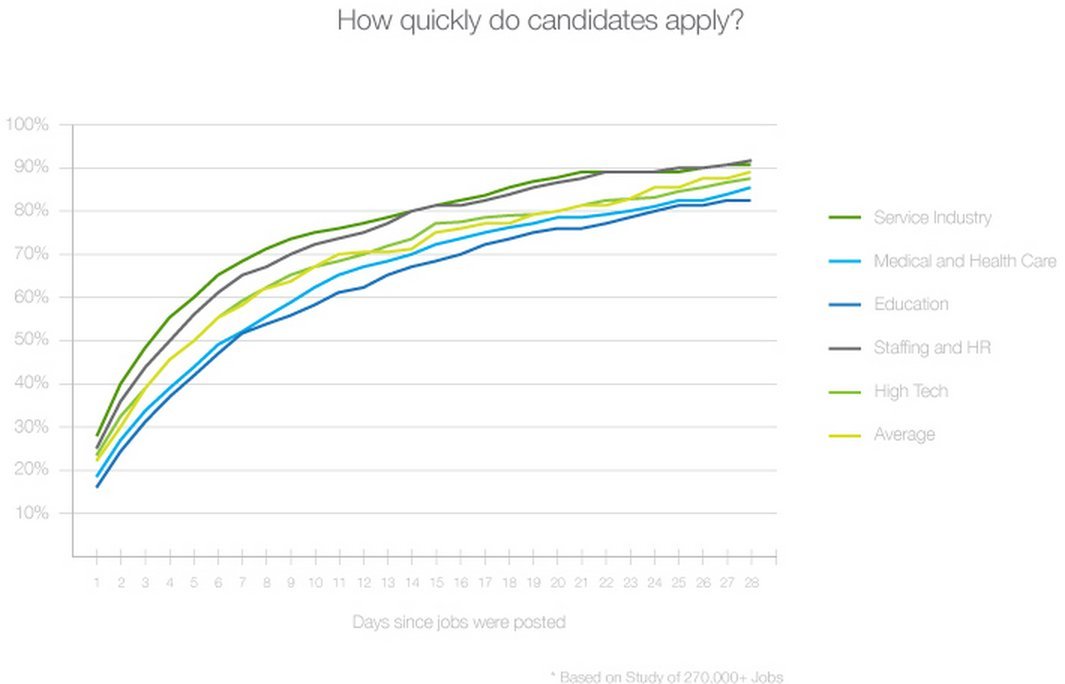