The concept of the Tulpa is one that has always fascinated me. It is one of those subjects that, once you start thinking about it, just keeps going and going.

As a very basic definition a Tulpa is a conjured being or object which is created through sheer spiritual or mental discipline alone.

The Tulpa has it's roots firmly embedded in Buddhism where the Tulpa was considered an aspiration of the contemplative life. In fact, the Indian Buddhist philosophy sees all reality as an empty essence, all reality a magical illusion.

As a Buddhist classic from the first century AD expresses it:

All phenomena are originally in the mind and have no outward form; therefore, as there is no form, it is an error to think that anything is there. All phenomena merely arise from false notions in the mind. If the mind is independent of these false ideas, then all phenomena disappear.

Meanwhile in Tibetan Buddhism, the concept of the Tulpa as described in the book Magical Use of Thoughtforms the student was expected to come to the understanding that the Tulpa was just an hallucination. While they were told that the Tulpa was a genuine deity:

The pupil who accepted this was deemed a failure and set off to spend the rest of their life in an uncomfortable hallucination. 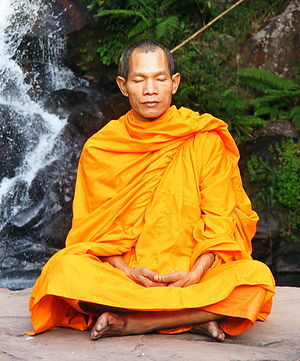 Whilst sitting down to write this article I came to the realization that Tulpas have appeared far more than you would initially think across literature, TV and film.

In the Discworld created by Sir Terry Pratchett, the full pantheon of Gods is dictated entirely by the concept of the Tulpa. This is covered beautifully in the book Small Gods. This particular story details how the power and presence of the many and varied Gods is dictated by how many people believe in them. The titular Small Gods are those deities who do not have sufficient followers to manifest in any significant way. Some examples of such Gods are Hyperopia - Goddess of Shoes, Lamentatio - Goddess of Interminable Opera and the entirely paradoxical God of Evolution. 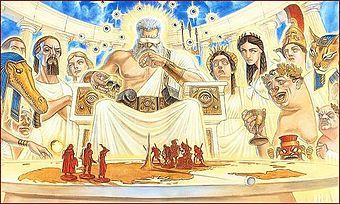 The insanely popular movie about a girl (Sarah) who, fed up with her lot in life and sick of her "wicked step-mother" always expecting her to babysit summons the goblins to steal away her baby brother. Unfortunately her wish comes true and she has to embark on a quest to save him from the Goblin King (David Bowie) before her sibling becomes a Goblin forever. It is only at the end of the film that there is a strong suggestion that the entire story was a product of her imagination. Many of the characters from the film can be seen as stuffed toys and ornaments around her bedroom. She even has what appears to be a miniature Goblin King statue on her desk. The moral of the story? Be careful what you wish for?

Rise of the Guardians

A great animated children's movie about the Guardians (Jack Frost, Santa, the Easter Bunny, the Tooth Fairy and the Sandman). The villain of the piece is Pitch Black -- the King of Nightmares. Pitch has a plot to make the children of the world stop believing in the existence of the Guardians, therefore making them cease to exist. 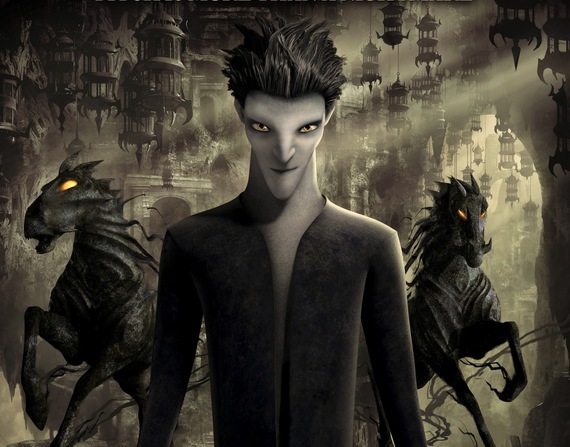 Riddled with fantastical imagery but also with Tulpa. From Peter Panning (played by the late Robin Williams) being encouraged to "think happy thoughts" in order to fly, to one of my favourite scenes in the movie the banquet with the Lost Boys. Peter Panning, hungry from a hard days training, sits down to his meal only to discover that the plates are all empty. As the Lost Boys tuck into their imaginary fodder an angry Peter look on, frustrated and confused. It is only when he is encouraged to "believe" that the food exists that he sees the banquet before him and is able to enjoy the feast (and ensuing food fight!)

The Darker Side of the Tulpa

A Tulpa article in this day and age would not be complete without a nod to the "Slender Man". The Slender Man is, to my knowledge, the only cryptid that can be traced back to its creation. In the case of the Slender Man, this was as an entry to a creepy photo competition on the Something Awful forums. Never-the-less people continue to report sightings of the Slender Man as if it were a real creature. Slendy burst from the pages of the internet and into public consciousness in 2014 when two teenage girls lured a classmate into the woods and stabbed them 19 times, all to please... Slender Man. In a way, Slender Man has very much transcended his digital boundaries and made his presence felt in the physical world. 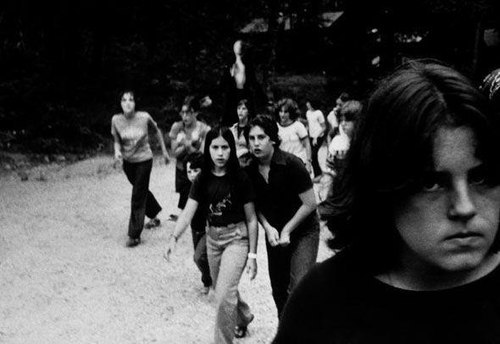 I wanted to end on this final thought and begin it by stating that I believe that everyone should have the right to hold which-so-ever believe/faith they choose (or none at all).

Simply because I don't have enough space to write about every belief I will stick to the most prevalent, Christianity. In 2012 it was estimated that 2.2 billion people in the world follow Christianity and worship God. That is around 32 percent of the entire population of Earth. That means that 68 percent of the inhabitants of this planet either believe in an alternative deity or no deity at all.

Arguably this makes the Christian God the biggest, most successful Tulpa in history from the perspective of those who do not believe.

By comparison, killings in the name of God/s over the centuries make Slender Man's influence/indiscretions almost angelic. 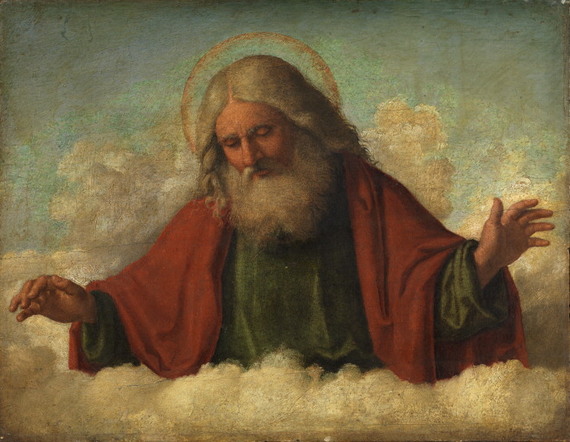 This author's personal belief is that we, as humans, make our own Gods and Demons. If we are going to affect the world by our thoughts and by our deeds, lets at least try and make them good ones!

(All images within this article have been sourced from the bing.com license free gallery)