By Tarek Amara and Mohamed Argoubi

TUNIS, March 29 (Reuters) - World leaders joined tens of thousands of Tunisians on Sunday to march in solidarity against Islamist militants, a day after security forces killed members of a group blamed for a deadly museum attack.

The March 18 attack on the Bardo national museum in Tunis killed 21 foreign tourists and a policeman, shaking a country that has been praised as a peaceful democratic model since leading the first of the Arab Spring uprisings in 2011.

A red-and-white sea of Tunisian crescent and star flags filled a major boulevard in the capital where several world leaders, including French President Francois Hollande, came to rally under the slogan "Le Monde est Bardo" (The World is Bardo). 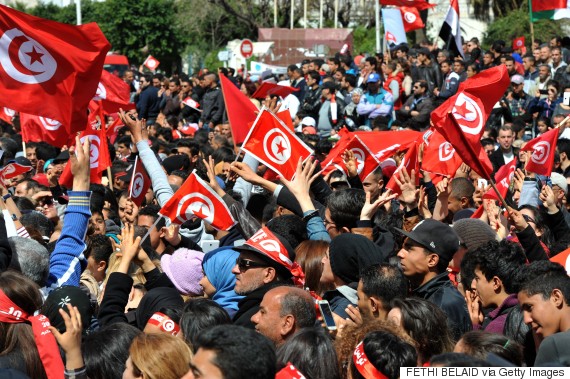 "We have shown we are a democratic people, Tunisians are moderate, and there is no room for terrorists here," said one of the demonstrators, Kamel Saad. "Today everyone is with us."

Thousands of police and soldiers had been positioned around the capital since early morning.

One of the most secular countries in the Arab world, Tunisia has mostly avoided violence in the four years since the toppling of autocrat Zine El-Abidine Ben Ali. In contrast with Libya, Yemen and Syria which have plunged into war and chaos, it has adopted a new constitution and held free elections.

But the Bardo massacre was one of the worst attacks in its history. Japanese, Polish, Spanish and Colombian visitors were among those killed in the attack, which the government says was aimed at destroying Tunisia's vital tourism industry.

Italy's Prime Minister Matteo Renzi was also due to take part in the demonstration, along with leaders of Algeria, Belgium, Libya, Poland and the Palestinians.

"The Tunisian people will not bow," President Beji Caid Essebsi said in a speech after the march. "We will stay united against terrorism until we wipe out this phenomenon." 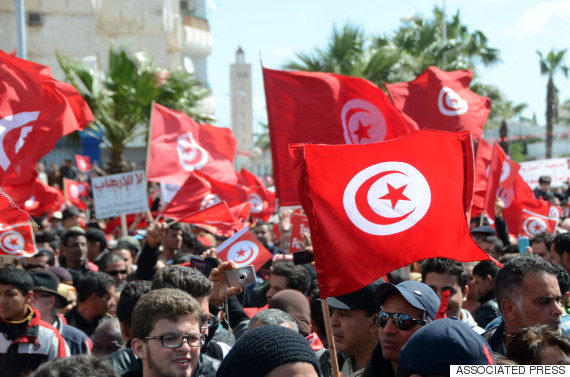 "We have killed most of the leaders of Okba Ibn Nafaa who were behind many recent attacks," Essid said. "This is a clear and strong response to terrorism after the Bardo attack."

Islamic State claimed the attack, though the Tunisian government has pointed the finger at Okba Ibn Nafaa, which has a base in the Chaambi mountains bordering Algeria.

The group was previously more allied to al Qaeda but has made vague statements on its position toward Islamic State, the al Qaeda splinter group that now controls large parts of Iraq and Syria.

The Tunis attack underscored how Islamist militant loyalties are blurring as they seek a new North African front, especially in Libya, where political chaos and factional fighting has allowed Islamic State to gain an outpost.

The two Bardo gunmen were trained over the border in Libya at camps operated by Tunisian militants, officials say. Both were killed by the security forces. (Writing by Patrick Markey; Editing by Catherine Evans) 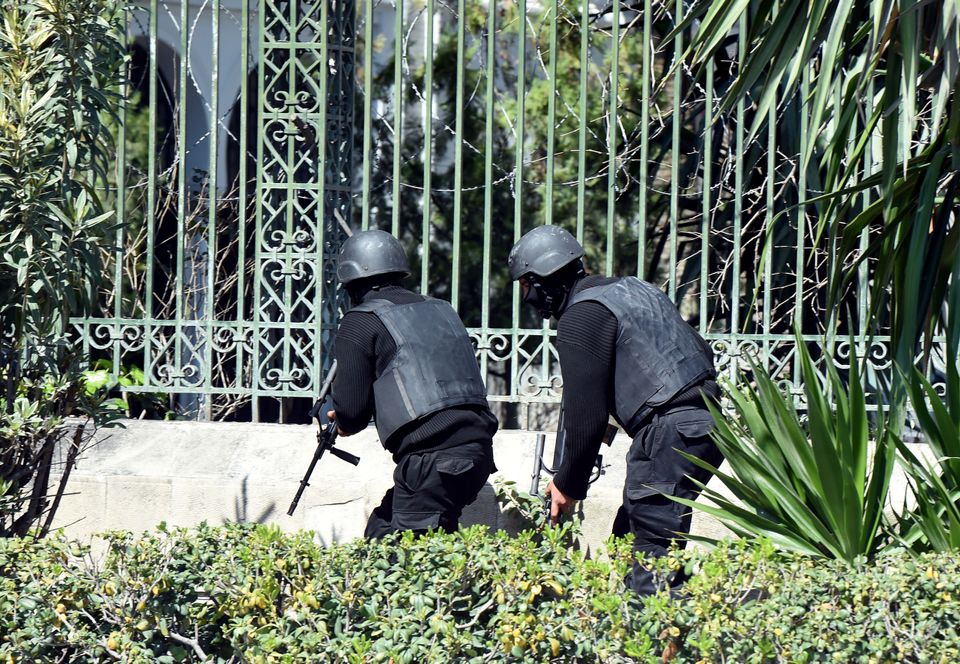