On October 23, 2011, the Tunisian people elected a Constituent Assembly in their first ever “free” elections, which were organized following the popular protests that led to the fall of the dictatorial regime of Zine El Abidine Ben Ali.

Three years and a new constitution later, voters were once again called to the polls on Sunday to elect members of the new parliament.

With the military coup in Egypt, the chaos in Libya, the civil war in Syria, the suppressed revolts in Bahrain and even the Islamic State in Iraq and Syria, Tunisia has become the “model” or the “last glimmer of hope” of the string of protests often called the “Arab Spring.”

While foreign observers and journalists alike have come together to follow the crucial election, the Huffington Post Maghreb has created a list ten things you need to know to understand what was at stake in these elections.

1) Who are the main political forces?

The Islamists and Their Potential Allies

The Islamist party that won the 2011 elections, Ennahda, was among the favorites to win this vote.

After three turbulent years and three governments, Ennahda played the card of moderation and political "consensus" with all the key political players, including those that collaborated with the former regime.

Ettakatol and Congress for the Republic (CPR), both known as secular parties, allied themselves with Ennahda after the 2011 elections to form the governments of the “Troïka.” This alliance sparked much criticism within the parties. The parties of President Moncef Marzouki (CPR) and the President of the Constituent Assembly, Mustapha Ben Jaâfar (Ettakatol), were at risk of being sanctioned for this alliance, which some have called "unnatural."

The Opposition to the Islamists

Nida Tunis was the new party to the Tunisian political landscape and the party claimed on Monday it had won the vote.

Created in 2012 by Béii Caïd Essebsi, the former prime minister of the transitional period, the party quickly positioned itself as the leader of the opposition to the Islamists. The party was seen as Ennahda's main competitor.

The Popular Front was a coalition of the left and the extreme left. Two of its leaders, Chokri Belaïd and Mohamed Brahmi, were assassinated in 2013. They could count on a lot of sympathy ahead of the vote and were presenting themselves as a possible alternative to Ennahda and Nida Tunis, despite of their obvious fondness for the latter.

There were other parties and centrist coalitions opposed to Ennahda participating in the elections, but their presence was expected to benefit Nida Tunis. Only Afek Tounes, a liberal party created after the revolution, seemed to be able to make a difference and was hoping to perform better than it did in 2011.

Parties Deriving From the Former Regime and Billionaires

Several parties were created by former ministers of Ben Ali who belonged to the RCD, fallen president's political party. They were marking their return back on the political scene, but were divided and difficult to mobilize.

Other political formations were also believed to be able to weigh in on the results of the elections, such as the Free Patriotic Union (UPL), created by billionaire Slim Riahi, or even the Branch of Love, the party of businessman and London resident, Hechmi Hamdi. Twenty-six candidates elected in 2011 were from this party, surprising the large majority of observers and pollsters.

2) How will the next government be formed?

With this configuration and an election method that favors a diverse representation in parliament, it was almost impossible for one party to obtain an absolute majority of seats.

Therefore, alliances are necessary to form the next government. It is not out of the question that the two main adversaries, Ennahda and Nida Tunis, could ally themselves after the elections, or join with others to form a “National Union Government.”

3) Will there be any women in the Assembly?

Just like in 2011, half of the candidates on the list were women. However, a great majority of the heads of the lists awere men, even among the parties that opposed the Islamists.

The Constituent Assembly was composed of 30 percent women. An equal female representation could be obtained in 2014.

4) Will terrorism threaten the elections?

Confrontations between security forces and armed groups have spiked since the elections.

With the assassination of two members of the opposition just six months apart, the year 2013 saw a resurgence of violence attributed by the Tunisian authorities to the jihadist movement. Since then, the government has regularly announced the arrests of alleged terrorists.

Moreover, according to the authorities, more than 2,400 Tunisians have left the country to practice jihad in Syria and Iraq.

At the Algerian border, the region of Kasserine is often the setting for bloody attacks, such as ambushes and mine explosions. These attacks usually target at law enforcement agents and military personnel.

According to a recent report published by the Crisis Group, these "jihadist" attacks are closely linked to border smuggling and the black market.

In the East, authorities fear that the Libyan crisis will spill over into Tunisia via the circulation of arms and violent extremist groups. For security reasons, the government decided to forbid Libyan access into Tunisian territory during the elections.

5) What were the main topics of the electoral campaign?

The reestablishment of security was one of the main themes of the electoral campaign, particularly for the Islamist opposition.

Attacks from armed groups and a difficult regional situation have added to the economic crisis. A consistently high unemployment rate, heavy inflation and a weak tourism industry have made concerns about the economy one of the major issues for candidates in these elections.

After several years of an enduring economic crisis, an increased disinterest in electoral deadlines, as well as the distrust that is felt towards the political class, many feared a high rate of abstention.

Except for a few isolated incidences, the campaign has been quite calm with a difficult start and a weak mobilization.

The fears linked to security have also limited the number of open-air gatherings and has even restricted the electoral campaign in closed spaces, the media and social networking sites.

The tensions between ideologies have subsided in comparison to the electoral period of the previous elections. The jihadist threat has forced the Ennahda Islamists to moderate their proposals, all while reducing the flexibility of the opposition. This resulted in the adoption of a consensual constitution that was approved by the large majority of the political class.

Security challenges also favored the resurgence of an authoritarian discourse and the return of figures from the former regime.

8) How have the Islamists evolved three years after the elections?

The aggressive discourse against their secular opponents, a certain laxity towards the Salafi movement, as well as a general management of an occasionally chaotic power have all contributed to the weakening of the Islamist movement.

The attack of the American embassy on September 14, 2012, in which the American Ambassador to Libya was killed, created a decisive turning point and later contributed to the adoption of a more moderate and consensual discourse.

The two political assassinations that occurred in 2013 subsequently forced Ennahda to relinquish power in favor of a non-partisan government. These concessions, encouraged by the fate of the Muslim Brotherhood in Egypt after the overthrow of El Sissi, allowed Ennahda to reposition itself on the political spectrum.

Today, Ennahda advocates for a broad consensus and guarantees that it does not want to govern alone in the next five to 10 years.

9) Is the former regime part of the past?

At 88 years old, Béji Caïd Essebsi, leader of Nida Tunis, was the favorite to win the presidential election. He held several cabinet positions under Bourguiba (a noted figure in the fight for independence and first president of the Tunisian Republic), and president of the Chamber of Deputies under Ben Ali for one year. He also held the post of temporary prime minister before the elections of the Constituent Assembly.

Five other former ministers of ex-President Ben Ali also ran for the position of president, of which one party has presented lists for the parliamentary elections.

10) What else is left to do to ensure the success of the democratic process?

Despite the organization of the elections, which have been judged as “free and transparent,” there are still several hurdles to get over to guarantee the success of Tunisia’s transition into democracy.

Nearly four years after the revolution, Tunisia has equipped itself with a new constitution, independent constitutional entreaties and a law on transitional justice. However, multiple reforms still remain to be undertaken, notably in order for the Tunisian legislation to conform to international norms and to its own constitution.

Moreover, the authority in charge of transitional justice has not yet started its work, and the people responsible for the acts of violence in the former regime have not yet been prosecuted. Reforms from the Ministry of the Interior and Ministry of Justice will also be necessary to ensure the establishment of a state of law. Besides corruption levels at an all-time high, acts of torture are regularly observed by national and international non-governmental agencies, and the guilty parties are rarely ever prosecuted.

This article first appeared on The Huffington Post Maghreb and was translated from French.

10 Things The World Should Know About Tunisia's Elections
Tunisian Protests 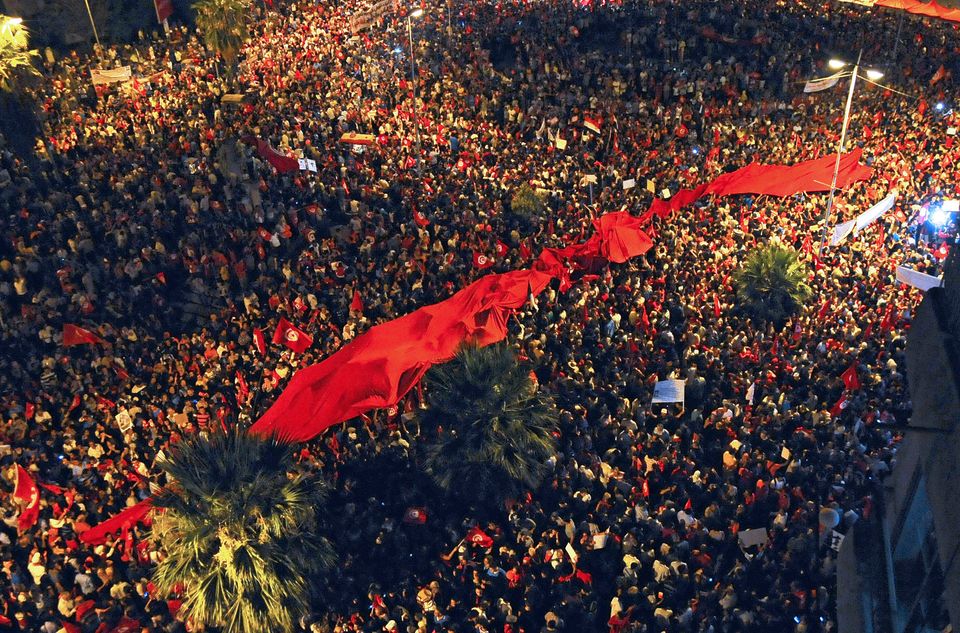