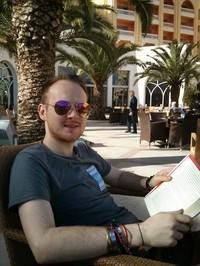 In November of 2014, I spent a week at the Imperial Marhaba Hotel in Port el Kantaoui, Tunisia. It was a great week spent lying by a pool, drinking beer, visiting sights and reading books I had neglected for months back home. Usually a traveler who runs around cities, a relaxed week in a tourist suntrap provided an unusual but much-needed break. Around us were people of all ages, from young couples like us to older solo travelers, whole families and big groups of friends on what looked liked their annual trip abroad. Everyone was relaxed and happy, and the entire town's infrastructure was built around that happiness, with tourism serving the town and people as much as it and they served us tourists.

Seven months later a gunman from the so-called Islamic State shot and killed 38 of those happy holiday makers, dragging down that very infrastructure as he did.

When you think terrorism, you see bad guys. Big, scary, bearded bad guys. You probably see bombs and guns and falling buildings. You also see victims. Dead Americans, Brits and Europeans, and the families who mourn their deaths. Above all else, terrorism wastes innocent lives and destroys families, and no amount of writing can bring those things back. With that said, there is a group of victims we can help, and they are the too often ignored communities who fall victim by association.

It bears repeating the loss of those lives in Tunisia is devastating, but what strikes me to this day is how empty Port el Kantaoui must be now. Mid-summer season, everybody from hotel waiters to beach sports promoters and souvenir sellers will be unemployed or without custom. Our drinks waitress Latifah (a firm favorite because she told my boyfriend he was lucky to have me - thanks, girl) told us all about her life in the apartment she shared with her beloved cats. Other staff members were raising families, some were putting themselves through the very university that man attended himself. Their lives are now in tatters, with no job and no imminent prospect of getting one. 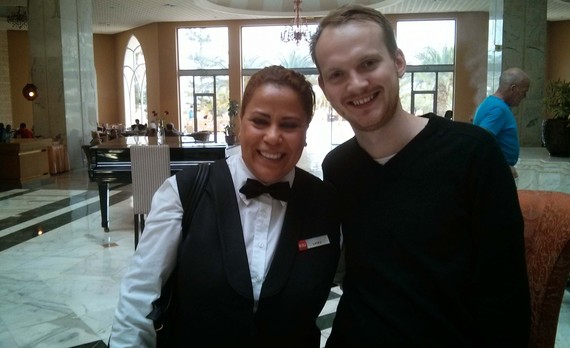 The gunman, Tunisian native Seifedinne Rezgui, aimed only at tourists that day and still the Muslim men and women of Tunisia were instrumental in saving lives. They helped tourists and risked their own lives in an attempt to stop that man, even creating a human shield to try and contain him, yet as their livelihoods remain destroyed, we seemingly pay them no mind.

There is an erasure of secondary terrorism victims, and it is not just seen in how we ignore people internationally, it's also clearly observed in how we judge and treat people domestically. A recent Huffington Post study found more than 50 percent of Americans have an unfavorable view of Islam, despite that same study showing the majority of Americans, by their own admission, do not really understand Islam. More than half of people making negative judgements about an entire religion based on little to no knowledge of that group - if that isn't victimization I don't know what is.

There is no denying the people who have committed the most high-profile terrorist attacks in recent history do indeed identify as Muslim, but their beliefs are such an ugly and distorted strain of Islam it is totally unrecognizable. I cannot say I agree with everything any faith says - and my own views on religion are complex - but coming into daily contact with people from a huge array of different cultures and faiths I've yet to meet someone with views akin to terrorist extremism.

In a study I did myself while writing a dissertation, I read every single article relating to the assassination of Osama Bin Laden found in eight national newspapers for the five days after his death. In those articles, I found 305 words relating to Islam, yet only 63 times were the religious references provided within the context of extremism. That means across a five-day news cycle, within reports of one of the most high-profile news items in recent history, the evil Bin Laden personified was branded 'Muslim' without any mention of extremism across 80 percent of the text. I also looked at the images chosen to depict 'Us' and 'Them' (see below for how that worked out), and found across all of the articles only three instances of a non-extremist Muslim spokesperson being quoted. Our newspapers talked about Islam and terrorism, presented Islam visually, and yet gave Islam no voice. 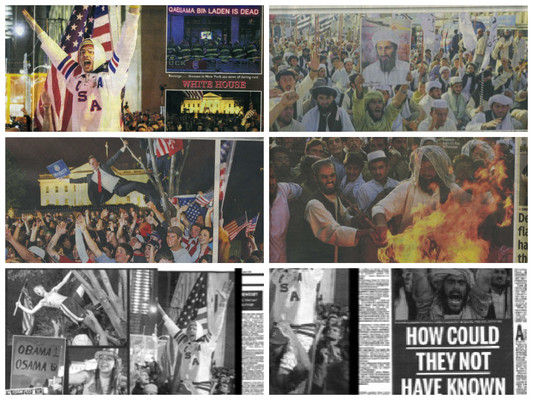 We're creating links between being a terrorist and being a Muslim, and it's an unfounded link in the vast, vast majority of people. I mean let's be real, there is hands down no way Latifah was going to ruin her makeup with any explosions, and anyway who would feed the cats.

I wouldn't blame anybody for fearing the unknown when you think the unknown may all be like that evil gunman or the men in those newspaper photos, but our media knows better, and that kind of reporting is dangerous. Our 'war on terror,' through political discourse and media reporting, has created hostility towards innocent citizens to the point of real persecution, with hate crimes up and public opinion at a low. If history has taught us anything, it's that to uncritically accept that one group of people are to blame for all the world's problems leads to very dark times.

There are so many things we need to fix if we want to reverse this prejudice, from lazy politics to a lack of integrity in our media, but we can start by altering our own perceptions. From Tunisian natives to American and European citizens, 'Muslim' should not be a derogatory label. It's ignorant to make blanket judgements about an entire group of people, all decent people know that, yet we seem to think it is uniquely acceptable in this circumstance. For me, it's about people before politics, and I think that's an excellent place to start.