Ever since the horrific terrorist attack at Tunisia's National Bardo Museum on March 18, Tunisians have struggled with how the country can once again be the success story of the Arab uprising and not a haven for terrorists. In no small measure, the answer is the economy. Tunisia is in the midst of a steep recession with unemployment rates hovering at 16 percent, and with glaring sub-regional disparities within the country, especially on the frontiers with Algeria and Libya. In a world that seemingly provides few opportunities, many Tunisian youth see the Islamic State as the only hope for a higher standard of living and social justice.

Tunisia's economic challenges today are much tougher than those of Eastern Europe, after undergoing a historic transition to democracy. At this critical turning point, Tunisia needs a three-part economic strategy to both restore a sense of opportunity and undermine the appeal of the Islamic State. Those three interrelated steps are:

The private sector can play an essential role in spurring economic growth in Tunisia by investing not only in Tunisia's urban areas but its border regions. Significant cross-border trade already takes place in the informal sector, representing about 40 percent of GDP in Tunisia. Cross-border enterprise zones with tax incentives and freedom from tax payments would foster growth of small and medium enterprises operating in border areas.

A cross-border development strategy could be developed on a pilot basis and broadened later to the whole country/region. This approach could also eventually help pave the way for regional integration throughout North Africa and revive the Arab Maghreb Union construction begun in 1989, and stopped due to the Western Sahara dispute between Morocco and Algeria.

In addition, the integration of power networks and joint oilfield exploitation between Tunisia and Libya could be an engine for growth and development for southern Tunisia and a win-win strategy for both countries.

The EU's neighborhood policy and its framework for southern and eastern neighbors needs to change. The Mediterranean Basin should be at the center of the debate. The North African part of the Mediterranean has no EU membership prospects, unlike some other neighborhood countries as in the Balkans, and no significant financial aid is allocated for enacting reforms to uphold EU standards.

The financial package agreed at the Copenhagen Summit in 2002 for the 10 EU acceding countries, amounted to a total of 40.8 billion euros for the three year period 2004-2006. Compare this amount with the 15.4 billion euro package the EU has allocated to its 16 southern and eastern neighbors for the seven-year period 2014-2020.

To translate these amounts in per capita terms annually, Hungary and the Czech Republic -- two countries comparable to Tunisia by size and number of inhabitants -- were earmarked respectively 49 and 29 U.S. dollars while Tunisia received 17 U.S. dollars per capita in 2014.

An alternative for the EU policy would be to offer Tunisia an integration scheme similar to the "European Economic Area" (providing free movement of persons, goods, services and capital to Norway, Iceland and Liechtenstein and all the 28 member states of the EU), provided that the government agrees to start implementing economic reforms and starts negotiating for a deep and comprehensive economic relationship that would eventually lead to the full adoption of the acquis communautaire and full participation in the European internal market. This might take a long time for Tunisia to accomplish, but it would help to propel necessary reforms by establishing clear economic and democratic benchmarks for both business and political leaders in Tunisia. 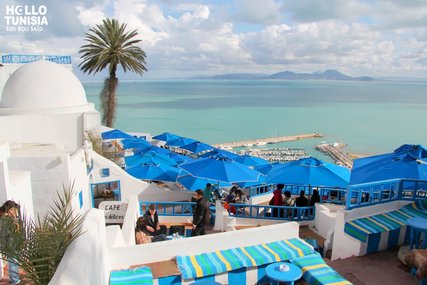 As President Obama stated, Tunisia and its African neighbors should establish a new model of commerce and politics, a model in which protectionism gives way to openness, the reins of commerce pass from the few to the many, and the economy generates jobs for the young. He further emphasized the U.S.'s readiness to assist the Tunisian government as it works to meet all Tunisians' aspirations for security and economic opportunity. U.S. commitment for 2016 begins to back up these promises, doubling economic assistance (55 million USD), tripling foreign military funding (62.5 million USD), and increasing support for security and judicial institutions by a third (12 million USD).

The Tunisia-based think tank Mediterranean Development Initiative (MDI) advocates for an annual U.S. assistance of $500 million, destined to finance development projects in the western and southern regions of Tunisia.

For Tunisia, that new model must include removing obstacles to the integration of youth in job markets. NGOs like MDI have taken the lead on such efforts in Tunisia, supporting peer-to-peer learning, providing civil society organizations and their networks with virtual and physical platforms to access tools and technologies that will bolster their work, and promoting active citizenship and civil participation among young Tunisians.

America's support for democracy and investments in Tunisia should seek to further support local NGOs, encourage structural reforms in the labor market, public banks and subsidies and integrate competitive markets, such as those in Tunisia's border regions, with the global economy.

Everyone by now has recognized Tunisia's promising model of nascent democracy, tolerant Islam, and open society, which is under threat from violent extremism. The next step to securing Tunisia's promise is for the international community to more fully recognize that the roots of terrorism are not just ideological, but are planted first and foremost in the arid soil of economic deprivation. The solution to Tunisia's terrorism crisis starts with righting its economy and boosting its job market.

Let us hope this is also clear to the newly elected Tunisian government that has tripled its efforts to "walk to walk" and not just "talk the talk."