Ah, Turducken. The Thanksgiving turkey's totally messed-up, evil twin. The creation, consisting of various animals each nested within another, is known more for its total ridiculousness than its flavor profile.

But the standard chicken-inside-a-duck-inside-a-turkey combination wasn't enough to satisfy the likes of an Australian radio show called Merrick & The Highway Patrol, which according to show producer Elle Conwell, "took the concept of a Turducken and put it on steroids."

The end result, dubbed "Turducken Ridiculous," combined the meat of 20 animals into one. Let's forget for a second that Australians don't celebrate Thanksgiving -- could this be a statement about American eating habits, by any chance? -- and focus on the crazy ingredients inside this thing: 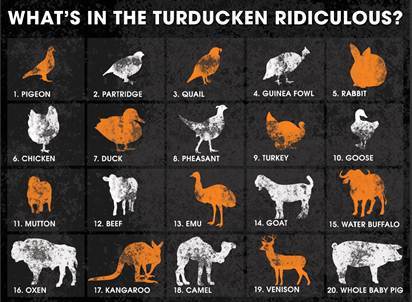 And here's a look at the final product. Mmm. 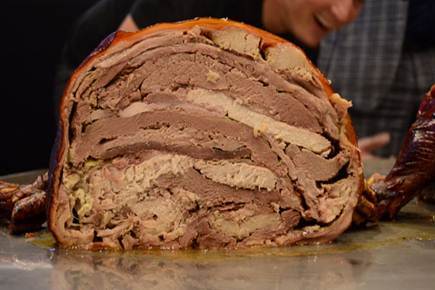 In an email, Conwell passed along the blessings of Michelin-starred U.K. chef Heston Blumenthal, who called the ingredient list a "pretty impressive range of meats":

I was thinking how do you stuff an Emu into a Wallaby, I thought it was going to be a real challenge, but it sounds fascinating! It sounds like you’ve gone for the most ambitious and ridiculous turducken… It sounds brilliant, the more ridiculous the better, any disbelievers will be converted!

There's a time-lapse video of the whole process, which you can check out below. Who's hungry?

Merrick & The Highway Patrol - Turducken timelapse from Itchy on Vimeo. 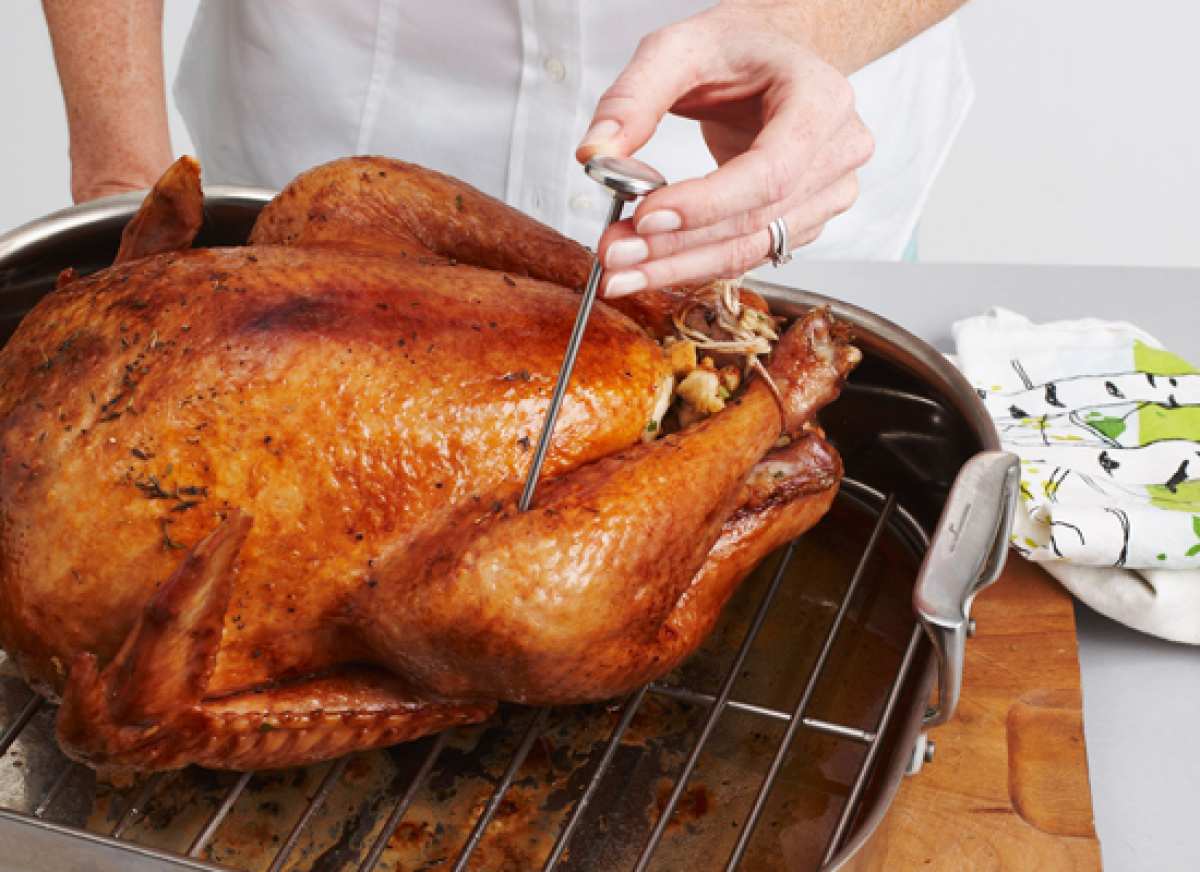 1 / 12
Symptom: I Don't Know When My Turkey Is Done
This is the million-dollar question. How do you not make a fool of yourself at dinner by serving an overcooked or undercooked bird? There is an easy, tell-tale way of determining if and when the bird is done. <strong>Remedy:</strong> Take its temperature! Just insert a meat thermometer into the area where the thigh and breast meet -- it should register <strong>160 degrees F</strong> when it's removed from the oven, and <strong>165 degrees F</strong> after it has rested. If you've stuffed the bird, take the temperature of the stuffing (160 to 165 degrees F also). You can also make an incision where the thigh and breast meet -- if the juices run clear, not red, then the bird is done. Whatever you do, don't rely on those plastic pop-up timers that are stuck in the bird -- all they do is let you know your bird is dry and overcooked (most of them don't pop up until the temperature reaches 180 degrees F!). One great gadget for perfect turkey-cooking is a probe-style thermometer, which you can leave in the bird, leading out a wire to a display that will signal once the bird is done.
Alamy