There's a surprising new wrinkle in the story of the celebrated Shroud of Turin.

A group of Italian researchers have found that the 14-foot-long garment -- believed by some to be the burial cloth of Jesus Christ, even though scientific research suggests that's not the case -- contains DNA from plants found all over Earth.

"Here we report the main findings from the analysis of genomic DNA extracted from dust particles vacuumed from parts of the body image and the lateral edge used for radiocarbon dating," Dr. Gianni Barcaccia, a plant genetics and genomics professor at the University of Padova in Italy, wrote in a paper co-authored with his colleagues about the DNA results.

After sequencing the DNA of pollen and dust found on the shroud, the researchers discovered several plant groups native to the Mediterranean, RealClearScience.com reported. Other groups were linked to Asia, the Middle East, or the Americas, but must have been introduced at a time later than the Medieval period, according to the researchers.

The findings, published in the journal Scientific Reports on Oct. 5, suggest that the cloth may have been manufactured in India and then was transported from the Near East to its current home in Turin, Italy.

The linen shroud appears to show a double image of a bearded man "who suffered physical trauma in a manner consistent with crucifixion after being beaten, scourged and crowned with thorns," the researchers wrote. But whether this man was the historic Jesus Christ has been the subject of decades of scrutiny, speculation and controversy over its authenticity and origin.

In 1988, carbon-14 testing performed on the cloth by an international team of researchers, dated shroud fibers back to between 1260 and 1390. (That's a bit more than 1,000 years after the crucifixion, which means, of course, that the shroud can't be the relic that some Christians claim it to be.)

But a 2005 study by a retired chemist from Los Alamos National Laboratory dismissed that finding, arguing that the material tested in 1988 came from a patch applied to the shroud in medieval times. The 2005 study put the age of the shroud at 1,300 to 3,000 years.

CORRECTION: This article previously overstated the conclusiveness of the scientific evidence for age of the shroud. The story has been updated with more information about the shroud's age.
See up-close photos of the shroud below.
PHOTO GALLERY
Shroud of Turin
Download
Calling all HuffPost superfans!
Sign up for membership to become a founding member and help shape HuffPost's next chapter
Join HuffPost 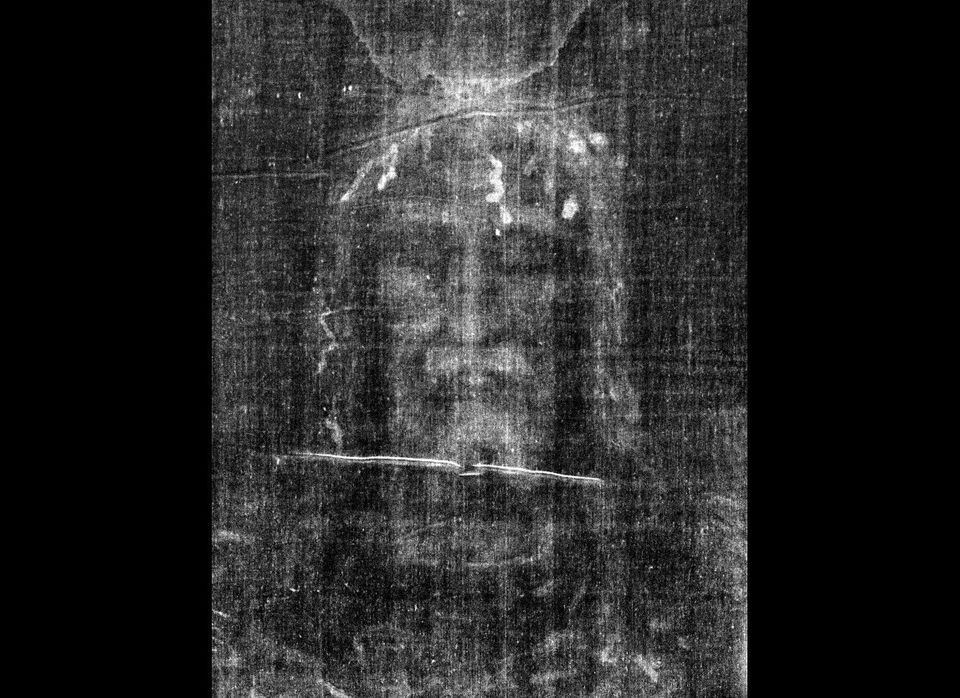