ISTANBUL -- In the seven decades since Turkey's 1946 transition to a multi-party democracy, the country's politics have been constantly haunted by the specter of military coups. There have been four full-fledged coups during this period, three unsuccessful coup attempts and innumerable smaller plots. On Friday evening, a faction within the Turkish army tried to carry out the first major coup in 21st-century Turkey.

A night of utter turmoil ensued. Conspirators occupied Istanbul's airport and bridges as well as the offices of CNN Turk and Turkey's national broadcaster, the Turkish Radio and Television Corporation (known as TRT). They took the chief of general staff hostage and even went as far as bombing the Parliament in Ankara with fighter jets and helicopters. The coup was finally suppressed, but not before at least 290 people, both civilians and security forces, had lost their lives. The dust had hardly settled when more than 6,000 soldiers were taken into custody. Of a total of 358 generals in the army, 70 -- or one in five -- have either been taken into custody or arrested, and several thousand of the country's judges have been relieved of their duty.

Acting outside the chain of command, the conspirators behaved much like the factions in the Turkish army who tried to take power during the 1960s. If Turkey's modern history is any guide, then this abortive coup will lead to a major shakeup in the military hierarchy. It may also lead to a further erosion of the rule of law in Turkey, which is already in a parlous state. Both the ruling Justice and Development Party (known as the AKP) and Turkey's opposition parties are surely aware of this: long estranged from one another, they have published a joint declaration championing democracy and condemning the coup. 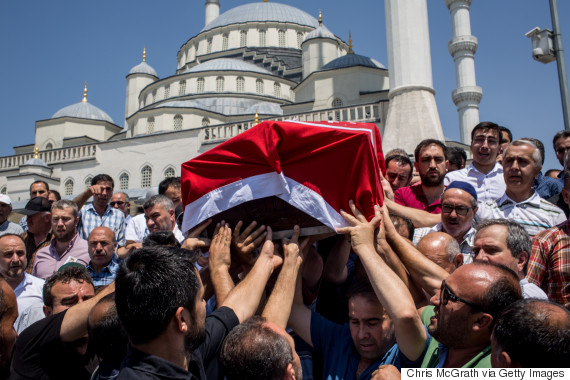 In Ankara, Turkey on July 18, friends and relatives carry the body of Murat Inci, who was killed in the recent failed coup attempt. (Chris McGrath/Getty)

The conspirators' reckless, go-for-broke tactics -- aptly called "deranged" by General Umit Dundar -- bespoke a lack of planning and a level of desperation that requires an explanation. Most likely, they had discovered that a coterie of officers and generals within the army affiliated with the Gulen movement, a prominent Sunni Muslim group, was to be arrested that weekend. Realizing that their time was running out, the conspirators evidently decided to carry out a kamikaze-style coup, remarkable for its lack of planning, poor timing and strategic errors. Erdogan has often described the December 2013 corruption investigations against himself and his associates as an attempted "coup" by Gulenists within the police and judiciary; since that time, hundreds of police, prosecutors and judges have been arrested and dismissed from their posts. For months now, the Turkish media has been hinting that the Gulenists within the army were next on the list.

In the 1980s, the Gulen Movement started to become especially visible in the education, banking, media and other sectors; in the following decade, it acquired a strong organizational foothold in the police, judiciary, military and intelligence forces. Ostensibly a civil society organization, it harbors a wing within the security and intelligence forces whose prime loyalty is not to the state but to its leader, the cleric Fethullah Gulen, who has lived in the U.S. since 1999. Leftists and secularists have been arguing for decades that the Gulen movement, with its goal of overthrowing Turkey's secular order, represents a national security threat. Many believe that Gulen has been reluctant to return to Turkey due to fear of facing trial.

The tactics that have allowed Erdogan to hold onto power until now cannot solve problems of this magnitude.

Erdogan has now implicated the Gulenists in the attempted coup, which he has described as "encouraged and masterminded by the parallel structure." A Gulen-linked group called the Alliance for Shared Values has denied involvement in the coup attempt. Military experts have stated that although the Gulenists make up a significant part of the high-ranking officers who have been taken into custody and arrested, the coup also had minor participation of other non-Gulenist factions, as well as individuals who acted opportunistically. Erdogan is proclaiming that the Gulenists will be "cleansed" from the army and other state institutions where they have become entrenched.

Anyone ignorant of Turkish politics could be forgiven for being unaware that until 2013 (i.e. for most of the AKP's 14 years in power), these same Gulenists were Erdogan's closest allies. Starting in 2008, the Gulenists, with Erdogan's blessing, arrest of hundreds of officers and generals known for their anti-government, secularist loyalties. In the resulting investigations and trials, titled "Ergenekon" and "Balyoz," the accused were charged with planning to bomb mosques in Istanbul and spread general havoc. Erdogan has since claimed that he was "misled, tricked" by his former associates; a simpler and more likely explanation is that by 2013, the Gulenists had grown too powerful and outlived their former usefulness. 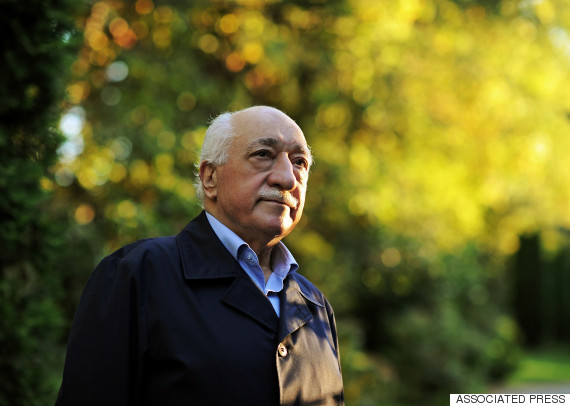 If the 2013 corruption investigations damaged the Gulenists' relationship with Erdogan beyond repair, Friday's attempted coup has turned Gulen into "Public Enemy Number One." Ankara is currently believed to be preparing a formal extradition request for the cleric. Suleyman Soylu, Turkey's minister of labor and social security, has even stated that the U.S. is behind the coup and must hand over Fethullah Gulen. U.S. Secretary of State John Kerry replied that the U.S. would do whatever was called for provided that Turkey presented it with "evidence" of wrongdoing; if Turkey neglects to do so and the U.S. refuses to extradite Gulen, the two powers may experience a serious falling out in the months to come. But the biggest problem in this regard is that it is impossible to know who is a Gulenist and who is not, since this is not an official organization with a list of members. To accuse any given person of being a Gulenist is one thing; to prove it is another.

Meanwhile, Turkey is in the midst of an unprecedented national security crisis. Friday's coup attempt against Erdogan is but the latest chapter in a long saga of political and social unrest. Turkey's war against the Kurdistan Workers' Party (known as the PKK) continues in the southeast while the so-called Islamic State carries out bomb attacks in cities all over the nation. The tactics that have allowed Erdogan to hold onto power until now -- forming temporary, strategic alliances -- cannot solve problems of this magnitude. Nor can Erdogan's plan to arrogate more powers to himself by changing the constitution and establishing a presidential system in Turkey. The only way to rouse Turkey's democracy from its slumber is to fight to re-enshrine the universal principles of the rule of law, freedom of the press and individual freedom -- however distant that goal may look now.