WASHINGTON -- Any day now, the U.S. and Turkey may finally reach an agreement on jointly combating the Islamic State. But in the meantime, Turkey appears less helpful to the U.S. mission than ever: There is growing evidence that Islamic State militants conducted a battle on Turkish soil this past weekend.

The reports, if confirmed, would illustrate that Turkey's ongoing reluctance to escalate pressure against the Islamic State has had real costs -- and that, even if the country does become more involved in the fight, skepticism about its true intentions will linger.

According to reports by moderate Syrian rebels, a United Kingdom-based monitoring group and outside analysts, the Islamic State was able to use Turkish territory in an advance on the Syrian border town of Kobani on Saturday, Nov. 29. At least 30 people were killed around Kobani during the Islamic State's attacks on the town.

The Turkish government has denied the allegations that the incident took place on its territory.

Kurdish groups, who have historic grievances against the Turkish state, have previously made similar claims. But the strong consensus surrounding this latest incident is perhaps the clearest example to date of how Turkey's failure to more actively target the Islamic State is aiding the militant group.

If accurate, the reports of this battle would be problematic for both Turkey and the U.S.

Turkey is a well-armed NATO member whose government has stated it opposes the Islamic State, which is also known as ISIS or ISIL. For Turkish territory to serve as a tactical asset to the militant group would be, in the words of a pro-Kurdish political party in Turkey, a "scandal."

For the U.S., the reports are embarrassing because they show the limits of what can be done to combat the Islamic State without more direct Turkish cooperation. The U.S. has invested deeply in the Kobani battle, focusing a vast number of airstrikes on Islamic State forces there. But through it all, the militants may have retained a key advantage: the ability to operate on Turkish soil.

The first claims about the Islamic State launching an attack from Turkey emerged on Saturday from Syrian Kurdish sources and the Syrian Observatory for Human Rights, a conflict monitoring group based in the UK.

The Observatory posted a video of the alleged battle the same day.

A representative of the PYD, the political group that controls Kobani, told Kurdish affairs analyst Mutlu Civiroglu she believed the claims, according to a tweet posted Saturday by Civiroglu.

Just spoke to Cochair of @pydinfo Asya Ebdulla in #Kobane about today ISIS attacks. She is sure that attacks came from Turkish side #Kobani

The following day, Aaron Stein, a widely published analyst of Turkish policy and an associate fellow at the Royal United Services Institute, published his own open source analysis of the claims. Using satellite map imagery, sightings of Turkish tanks in Islamic State videos and a border delineation by the State Department, Stein argued that the ISIS fighters took advantage of a "sort of ‘no-mans-land’ between where [Turkey] has set-up its defenses and the border" to attack Kobani from the north. His analysis corroborated previous reports that Turkish forces have left a swath of border territory undefended, making it possible for the militants to operate there.

Other observers weighed in with their own support for the reports.

"I find Aaron Stein's analysis quite convincing," Aymenn Jawad Al-Tammimi, a researcher at the Interdisciplinary Center in Israel and a contributor to the Syria Comment blog, told The Huffington Post by email on Sunday.

Tammimi added that a member of the U.S.-backed Free Syrian Army who is currently in Kobani told him that the FSA had battled the Islamic State on Turkish land.

ISIS supporters hailed news of the battle as a triumph.

But Turkey maintains that the reports are untrue. “Claims that the vehicle reached the border gate by crossing through Turkish soil are a lie,” a statement from the government read.

Many remain skeptical about Turkey's commitment to combating the extremist militant group. Kurds within Turkey continue to clash with the authorities over the Islamic State issue, most recently in a Tuesday incident in which Kurdish demonstrators threw Molotov cocktails at the police and faced down tear gas.

Since the weekend, Kurdish sources have made further claims that a new round of Islamic State attacks was launched from Turkish territory, though others have yet to corroborate these assertions. The sources also said that Turkish soldiers were targeting Kurdish refugees from Kobani who had crossed the border to seek shelter.

Even as multiple accusations of Turkish complicity were being made, news reports suggested on Monday that the U.S. may be close to securing a Turkish commitment to fighting the Islamic State.

The two countries have been in intense discussions over the idea of establishing a no-fly zone along the Syrian-Turkish border. Turkey sees such a zone as essential. Without it, Turkish policymakers believe, the moderate U.S.-backed Syrian rebel forces will be unable to rebuild their strength and emerge as an effective fighting force against the Islamic State, while civilian suffering will continue to rise. Reports indicate that if the U.S. agreed to support a no-fly zone with air cover, Turkey would send forces of its own into Syria and, crucially, meet a U.S. demand by granting American jets access to its strategically important Incirlik air base.

But U.S. policymakers have long expressed reservations about setting up the zone, primarily because it would risk boosting tensions with Syrian President Bashar Assad. The dispute exemplifies the two allies' differing priorities: Turkey is intent on more directly undermining the Assad regime, but he is not the target of the U.S. involvement in Syria.

U.S.-Turkish ties have been notably strained since the Obama administration decided to enter Syria exclusively to fight the Islamic State, even as Turkey continued to urge it to confront Assad as well.

In addition to the Assad issue, Turkey has also been disappointed by the Obama administration's support for the Syrian Kurds. The YPG, the Kurdish fighting force defending Kobani, is linked to the PKK, a group that has battled the Turkish state and that features on the U.S. list of terrorist organizations. Even so, the PKK has for weeks been sharing coordinates with U.S. bombers.

Turkish Prime Minister Recep Tayyip Erdogan received authority from Parliament in October to employ Turkish forces against the Islamic State. But he has yet to use that power.

Other factors behind the Turkish delay, analysts say, include fears that the Islamic State could whip up support within the country and launch attacks on Turkish soil. Turkey may also be concerned that without a promise of expanded U.S. involvement, it will have to bear the burden of an expanding international war in northern Syria -- including more refugees and increased violence -- on its own.

Joshua Walker, an analyst at the German Marshall Fund and a former senior State Department advisor, told HuffPost in a Monday email that Turkey is unlikely to change its stance unless the U.S. alters its strategy in Syria.

"Presently there is a cold peace between Ankara and ISIS given that neither side sees it in their interest to provoke the other," Walker wrote.

He noted that high-level U.S. outreach to Turkey -- including visits by Vice President Joe Biden and Gen. John Allen, the envoy for the U.S.-led coalition against the Islamic State -- had yet to bear fruit, even as the militant group "made its ambitions clear."

Walker added that even though he believed Turkey should be taking the Islamic State more seriously, "there has been little evidence of a changed Turkish position."

In Setback For U.S. Efforts, Consensus Grows That ISIS Launched Attack From Turkey
Kurdistan Vs. Turkey 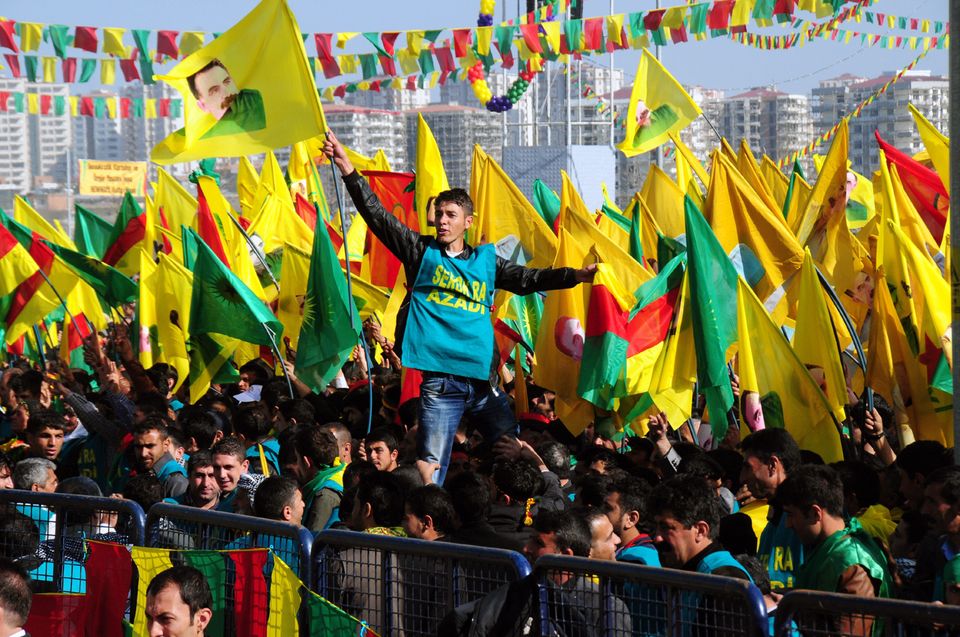