VIENNA -- Turkey is moving into unchartered political territory, following the failure of the ruling Justice and Development Party to retain its parliamentary majority in the country's recent general election. The choices that Turkey makes in establishing a new government will not only be pivotal to shaping the future of democracy there; the next administration could also play a decisive role in a series of peace processes vital to restoring stability in the wider Middle East.

First and foremost for Turkey, there is the ongoing peace process with its own Kurdish population. At its core, this process is about redefining the secular, unitary state created in 1923. Everyone in the new republic who was not explicitly defined as a member of an officially recognized minority was supposed to merge into a new Turkish identity.

But this did not happen as Atatürk planned. Kurds held fast to their own ethnic identity. Eventually, the suppression of the Kurdish language and culture fueled a brutal insurgency, led by the Kurdish Workers' Party, which has cost the country more than 30,000 lives.

It is to the great credit of President Recep Tayyip Erdoğan that he had the courage to launch an open peace process with the PKK in 2013. Since then, that process has made progress that seemed unthinkable only a few years ago. Yet key steps toward lasting peace remain to be taken.

A comprehensive settlement of the Kurdish issue within Turkey will be key to the country's stability and the future of its bid for accession to the European Union. Otherwise, one can envisage scenarios in which the forces of disintegration now roiling the neighboring Levant actually spread into Turkey itself, with unimaginable consequences.

The success of the mainly Kurdish Peoples' Democratic Party in capturing 13 percent of the vote in the recent election -- a total well above the party's core constituency -- should boost the Kurds' confidence and ease the way ahead in the peace process. But the far-right Nationalist Movement Party performed strongly in the election, capturing 16 percent of the vote, probably owing largely to popular opposition to the opening to the Kurds. Indeed, even Erdoğan, evidently trying to stop the MHP's advance, used campaign rhetoric that alienated many Kurdish voters.

A high priority for any new government in Turkey should be to complete the peace process that Erdoğan began. And Erdoğan should understand that his legacy might well be shaped by whether that process succeeds or fails.

The second peace process at stake is the new attempt to unify Cyprus, which has been divided since its constitutional breakdown in 1963 and Turkey's invasion in 1974. Indeed, it is bizarre that the capital of an EU member country is divided by a dead zone patrolled for decades by United Nations peacekeeping troops.

The continued division of Cyprus is blocking both the EU accession talks with Turkey and increasingly necessary cooperation between the EU and NATO. But now, under President Nicos Anastasiades and the newly elected president of Northern Cyprus, Mustafa Akinci, there is a real possibility, after years of stalemate, of reaching a settlement that can re-unify the island. UN-supported talks have acquired new and important momentum.

But a settlement will not be possible without the clear support of the Turkish government. The new administration's stance will thus be critical: Turkey has much to gain by supporting a solution in Cyprus; but it could also revert to old habits and spoil today's unique opportunity.

The third peace process in play concerns Turkey's relationship with Armenia, which, if improved, could help create the conditions for a peace settlement between Armenia and Azerbaijan. A far-sighted agreement was signed by Armenia and Turkey in Zürich in October 2009; but wider regional forces eventually blocked progress, with Russian intervention decisive.

Maintaining the frozen conflict with Armenia is not in the long-term interests of Turkey or any other state in the region. The ongoing blockades and military face-offs could, at some point, lead to violent upheaval in the southern Caucasus, with very negative effects for Turkey. The next government should resume the approach it took in Zürich --- and Armenia's government must do the same.

The fourth and most immediately consequential peace process concerns Syria. Turkey has taken a principled and strong stand against President Bashar al-Assad's regime, and has generously taken in more than a million refugees. But the dangers posed by the ongoing conflict, particularly the strains on Turkey itself, should not be underestimated.

All key actors have a common interest in preserving the Syrian state while changing the regime. A complete collapse, fueled by efforts to impose a political solution by military means, would most likely lead to catastrophic consequences for decades to come, with Turkey among the worst affected. So Turkey's new administration should be ready to engage in a constructive dialogue, together with the United States and Iran, on possible solutions.

The immediate task facing Turkey is to bridge old divisions and establish a functioning coalition government. Otherwise, a fresh election -- and thus fresh political uncertainty -- will be unavoidable. That is why Turkey's friends should take this opportunity to remind the country's leaders of what is at stake -- for Turkey itself, as well as for peace in the region. 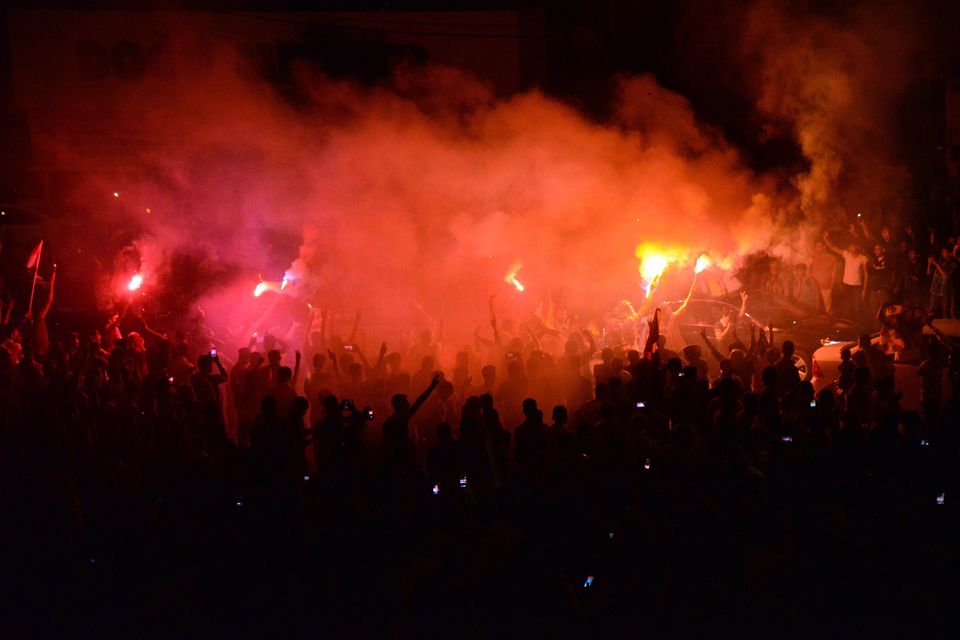