But this transformation was hardly unpredictable. When armed forces of major countries operate in an explosive region concurrently without thorough coordination, avoiding accidents is almost impossible. And yet, acting so egregiously as to deliberately destroy a bomber of a country which is not at war was unexpected and has escalated the situation. The Russian president's tone and the expression of his face indicate that a stern response will be inevitable. Putin is not a politician who responds to actions with mere words.

Whatever Ankara's motives, it is playing a very dangerous game. By turning to NATO immediately after the accident Turkey made it clear that it is seeking solidarity and support from its allies. But the accident can hardly be interpreted as an attack on a NATO country. If sources are right and the Russian aircraft was in Turkey's airspace for just several seconds, one can't help wondering if the military response was proportionate.

The very fact that there has been an armed clash with NATO forces for the first time in Russia's history is quite dangerous.

This is not the first time Turkey appeals to NATO over the Syrian crisis, but the alliance has so far been evasive because Ankara's strategy in the region is obscure and raises doubts among allies. Turkey believes that Kurds' increased activity in and around Syria is much more dangerous than the self-proclaimed Islamic State's advances. Shadow and smuggling operations linking ISIS with its Turkish partners and patrons could be overlooked until the terrorist acts in Paris. Now the level of tolerance has dropped immensely. According to reports from NATO's emergency meeting yesterday, no one defended Russia, but many wondered why Turkey had made such a risky move towards escalation instead of acting routinely and escorting the intruding aircraft (if there was any intrusion at all) out of its airspace.

The very fact that there has been an armed clash with NATO forces for the first time in Russia's history is quite dangerous. Whatever the alliance thinks of Turkey's actions, it cannot distance itself from its ally without jeopardizing the integrity of its obligations. Eastern European countries already have suspicions that NATO will not defend them in a possible conflict with Russia.

But the Turkish démarche is quite inopportune for allies. The atmosphere in Europe has changed dramatically after the terrorist acts over Sinai and in France, and the lockdown in Belgium with the terrorist leader still escaping police. Russia's operation has begun to be viewed with much more understanding, and calls for pooling efforts despite disagreements have become louder. A new confrontation with Russia, especially so dangerous, can ruin all plans.

How can Russia retaliate? Clearly, it will not attack Turkey. In this case, NATO will have to interfere. Economic boycott is more than likely.

If reports that at least one of the two pilots was fired at by "moderate opposition" fighters and killed while parachuting down prove correct, the diplomatic process started in Vienna will most likely have to be scrapped. Moscow's willingness, small as it is, to bring the Syrian opposition into play may wane completely, throwing into doubt prospects for a political ending of the military operation, even though everyone seemed to have agreed before that the conflict could not be resolved by force alone. Is this an unbreakable deadlock?

How can Russia retaliate? Clearly, it will not attack Turkey. In this case NATO will have to interfere. Economic boycott is more than likely. Flights and contacts between the two countries may not be banned completely, but advising Russians to refrain from traveling to Turkey would be enough to make it suffer economic consequences. Plans to build a nuclear power plant in Turkey and the Turkish Stream gas pipeline will also be shelved for a long time. Turkish business in Russia may face restrictions even though this would hardly be a prudent decision, given the economic crisis and the lack of investment. Food sanctions would be an option as revision of many other enterprises, for example in the construction branch and clothing industry, where Turks use to be heavily represented. Turkey benefited by avoiding Russia's ban on food supplies from the European Union. It can most likely face it now. 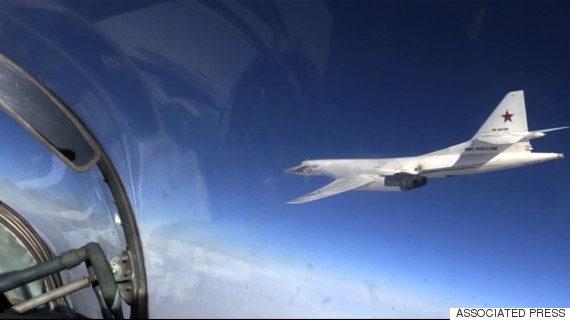 Another option would be targeting Turkish interests in Syria, that is, a focused attack not only on the smuggling supply chain used by ISIS, which is already happening, but also on pro-Turkish and Turcoman groups. Russian bomber jets will be from now on escorted by jet fighters, which increases risk of direct infighting.

Relations with the Kurds may change. The Soviet Union welcomed their fighters for the independence of Kurdistan. Russia did not do this and even helped extradite their leader Abdullah Ocalan to Turkey in the late 1990s. This would be a risky move, though, because Turkey can support independence movements in many ways, and Crimea is undoubtedly the most sensitive issue.

These are bilateral measures, but there is a broader context, as well. Under the Montreux Convention, Turkey holds the "key" to the Black Sea straits. The document establishes restrictive entry rules for non-Black Sea warships. During the Georgia and Ukraine crises, Turkey let in American ships which exceeded the limits but generally complied with the requirements. If the situation deteriorates further, Turkey, with the support of the United States and NATO's other Black Sea member states (Bulgaria, Romania, Ukraine, Georgia), may de facto withdraw from the convention to open up the Black Sea to the alliance. Given tangled border problems created by Crimea's incorporation into Russia (there is the actual sea border and there is the formal border recognized by all except Moscow), the Black Sea may well be turned into a crisis area, if someone wishes so.

Although the Ukraine crisis has consolidated the alliance on its previous positions, many of its members do not view Russia as an enemy and do not want to take risks for others' sake.

The spreading Syrian crisis is at a crossroads that can be described as "a bloc or a coalition?"

Turkey, which has lately been pursuing its own course, seeing no need to coordinate all its actions with NATO, now needs its solidarity as it did during the Cold War. The alliance has gone a long way since then, though: it is not that most NATO countries do not want to go to war, but discipline within the bloc has become lax. It was completely impossible to imagine 30 years ago that a NATO country would down a potential enemy's bomber without consultation with its senior allies. Nowadays Turkey acts at its own risk, but still expects support from the others. The very term "potential enemy" has become vaguer. Although the Ukraine crisis has consolidated the alliance on its previous positions, many of its members do not view Russia as an enemy and do not want to take risks for others' sake.

Another option is an ad hoc coalition created for a special purpose to solve one specific task. This is a more modern approach that has been gaining support since the turn of the century when it was first proposed by then U.S. Defense Secretary Donald Rumsfeld ("the mission defines the coalition"). Consolidation of efforts against ISIS, proposed by Russia, France and even the United States, is an example. Such a team, would need no oath of allegiance or common values, but can be quite effective over a short period of time, being composed of those who are needed at this particular moment. If this principle prevails, the Su-24 tragic accident is likely to remain an episode that will have no impact on the operation. But such a coalition cannot evolve into something more stable and permanent. Once the mission is over, its partners will immediately revert to fierce competition.