ISTANBUL -- Russia's intervention into Syria shines a light onto the stark contrast between Ankara and Moscow on what to do about the Syria conflict. Since the outbreak of the Arab Uprisings in 2011, Russian President Vladimir Putin has been the most dependable ally of the Assad regime in Syria. President Tayyip Erdoğan of Turkey, on the other hand, has incessantly called for the overthrow of the Damascus government. While Erdoğan has made a concerted effort to organize and arm the jihadis fighting Assad, Putin has categorically referred to all such groups, even those backed by Turkey, as "terrorists."

For the past three years, Ankara has been demanding a safe zone in northern Syria where oppositional forces can regroup, as well as a no-fly zone to protect them from Assad. The apparent goal behind this plan was to allow the West's and Turkey's Syrian protégés to conquer Aleppo (Syria's largest city) and eventually take Damascus as well. Putin's latest maneuver, however, has rendered such schemes completely impractical. Its deployment of surface-to-air missiles and air-to-air combat fighters is an obvious warning to Turkey. Unlike the air force-less Islamic State and Syrian opposition, Turkey has, in the past, downed a Syrian fighter jet and Syrian helicopters. Turkey's inaction following incursions by Russian fighter jets into its airspace must be judged in this light.

Yet while Erdoğan is an outspoken politician who rarely hesitates to criticize the EU, the U.S., and Israel, he has been -- comparatively -- mild in his rhetoric towards Russia. At no point over the past four years has Erdoğan issued a harsh reproof of Putin, not even after Russia's recent aerial bombardments, about which Erdoğan merely expressed his "regret and dismay." To grasp Erdoğan's seemingly contradictory stance towards Putin requires some knowledge of the system of crony capitalism that has sprung up and flourished -- particularly in the energy and construction sectors -- in both Turkey and Russia.

Russia is, by a wide margin, the world's largest exporter of natural gas, some $73 billion worth in 2013. Turkey is the second-biggest purchaser of this gas and has one of the highest rates of dependence, relying on Russia for 57 percent of its own natural gas. Earlier this year, to everyone's surprise, Erdoğan awarded a bid for the $20 billion Akkuyu nuclear power plant (intended to reduce his country's energy dependence on natural gas) to Russia. In 2014, the volume of trade between the two nations totaled $31 billion.

While Russia's exports to Turkey amounted to $25 billion, Turkey's exports to Russia came to only $6 billion. With a balance of trade unfavorable to Turkey, and Turkish dependence on Russia for the bulk of its natural gas, Erdoğan's decision to grant the nuclear power plant bid to Russia would be inexplicable were it not for the fact that his business cronies have invested billions of dollars in Russia, particularly in construction.

Reciprocal investment is not the only tie between modern Turkey and Russia: they increasingly have begun to resemble one another.

During Erdoğan's 13-year tenure at the top, Turkey has witnessed a boom in the construction sector. Since 2002, when the AKP first came to power, investments in construction have exceeded $600 billion, with the greatest profits invariably reaped by companies close to Erdoğan. In return, such companies have purchased newspapers and television stations, helping to create a pro-government media and to stifle opposition journalism. The aforementioned Akkuyu nuclear power plant, which will make Turkey entirely dependent on Russia for its energy, will be built by the construction firm Cengiz Holding, a parent company of pro-AKP media outlets.

Turkish firms too are heavily invested in Russia. Under Putin -- who effectively controls the entire Russian economy -- Turkish construction firms have been awarded all manner of projects, from shopping malls to facilities for the Sochi Winter Olympics. The largest foreign construction firm operating in Russia, Rönesans Holding, is a Turkish company and has completed more than $6 billion worth of projects there.

Moreover, Turkey is keen to elevate the image of Putin in the eyes of Russia's 20 million Muslim citizens, many of whom are ethnically related to Turks. A Turkish firm was responsible for building the brand-new Moscow Cathedral Mosque, whose lavish opening ceremony last month was attended by both Putin and Erdoğan. Another Turkish company is scheduled to build a new mosque in Crimea, with construction costs to be met by the Turkish Directorate of Religious Affairs.

The strength of the ties between Ankara and Moscow is evident not only from Erdoğan's jesting remark to Putin, "Make us part of the Shanghai Five, and we'll reconsider the EU [accession process]," but also from then-Foreign Minister Davutoğlu's pronouncement that Turkey was in an "alliance of destiny" with the Shanghai Cooperation Organization (SCO). 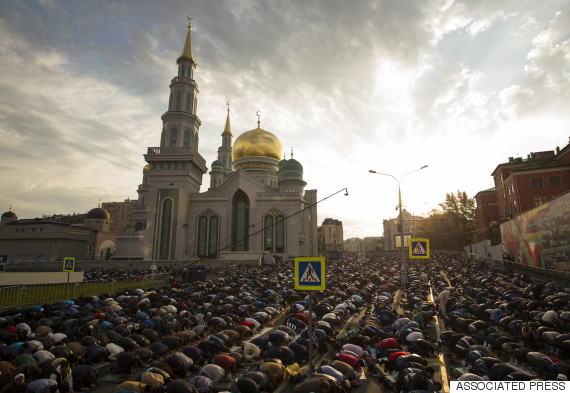 Reciprocal investment is not the only tie between modern Turkey and Russia: they increasingly have begun to resemble one another. In the last few years under Erdoğan's governance, Turkey has seriously regressed in crucial areas including the rule of law, transparency in business life, and freedom of the press. In contrast to Western criticism, Putin has always maintained his close friendship with his Turkish colleague. Both have seen recurring wide-scale popular demonstrations against increasingly authoritarian regimes and, in response, Russia and Turkey occupy the number one and two spots respectively in number of law enforcement personnel per capita.

Despite such similarities, Turkey and Russia remain divided on the crucial question of Syria and Assad. Even on this subject, it is hard to imagine Erdoğan seriously challenging Putin. Ankara's complaisant attitude towards Russia in the recent civil war in Ukraine, or during Russia's 2008 military occupation of Georgia (whose government was backed by Erdoğan), is a clear acknowledgement of the limits of its own political power. Ultimately, Russia is a global power sitting atop vast reserves of oil and natural gas. Turkey, by contrast, is a modest regional power whose influence in the Middle East has been diminishing since the Arab Uprisings.

In the years leading up to 2011, when Turkish regional hegemony was at its zenith -- and Erdoğan and Assad were still on good terms -- Davutoğlu famously described his country's foreign policy as being based on "zero problems with neighbors." This naively optimistic assessment was eerily echoed by Davutoğlu's recent statement -- following repeated violations of Turkish airspace by Russian fighter jets -- that "Russia is our neighbor and friend, and our interests do not conflict." Aware that Turkey will emerge the loser in any confrontation with Russia, Erdoğan has pragmatically accepted Russia's geopolitical superiority, while seeking to reap the maximum financial gain in the process.

Why Turkey Aims for 'Zero Problems' With Russia's War in Syria
Syrians Flee Into Turkey, June 2015 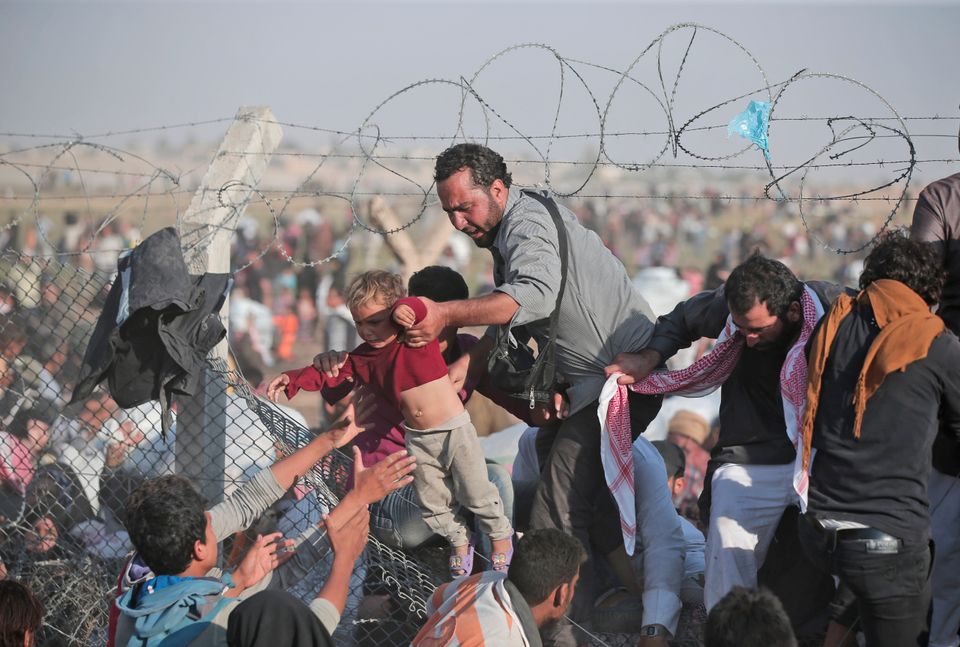