The postponement of the Syrian peace talks until Wednesday at the earliest shows how arduous even setting the basic modalities is and how little ground has been gained by the chief choreographer of the process -- the U.S.

It was a given that with such a picture of disarray and inability, the opposition remains as unreliable and misrepresented as ever before, and the strongly conflicting, or more correctly, opposing interests of regional players such as Saudi Arabia, Iran and Turkey keep even the most fundamental prospects bleak.

"The problem about ending the war in Syria and Iraq is that there is a multitude of players who are too strong to lose but too weak to win," wrote Patrick Cockburn, in a detailed analysis of the latest complexity of the picture, published by the UK Independent.

It would be helpful if the stumbling blocks before the Geneva talks were only limited to the demands between the Bashar al-Assad regime and the opposition maintaining its disintegration.

There is much more, and the latest visit by the U.S. Vice President Joe Biden to Turkey only exposed how overwhelming the problems are even between the supposedly staunch allies within NATO. 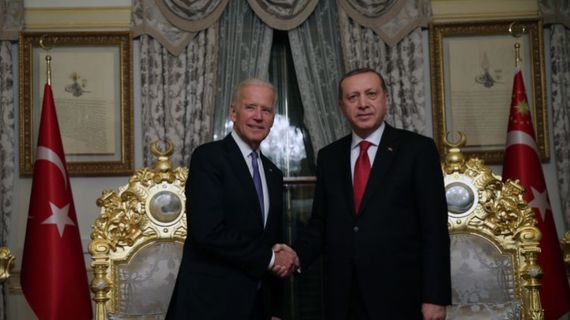 It appears very clear that Biden left Ankara as empty-handed as he was when he landed. President Recep Tayyip Erdoğan and the Justice and Development Party (AKP) government he de facto chairs, having the army on their side, is determined to have the talks without the presence of the Syrian Kurdish parts, without their analysis and arguments, continuing to challenge the fact that whatever gains may have been made on the ground against the Islamic State of Iraq and the Levant (ISIL) and its derivatives would never be possible without the units of the YPG, the armed wing of the Syrian Kurdish Democratic Union (PYD). 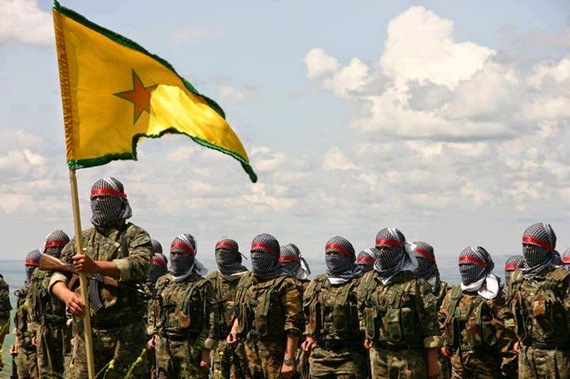 What amounts to a historic frustration about the future of Syria -- and Iraq -- stems from special conditions that distinguish the huge conflict from the one about post-Yugoslavia. It looks, by the spectacles of today, a piece of cake, because it lacked a neighborhood where each and every power was driven by insurmountable hostilities, and most importantly, the presence of a very weak Moscow.

So, by any measures, the Syrian quagmire is the first real consequence of the post-Cold War era.

All the ones preceding it were, as we know it now for certain, dress rehearsals. It not only poses a historic challenge for the US and Russia on whether or not there will be a "reasonable solution" to a peaceful coexistence -- regionally and globally -- based on creative paradigms, but also appears as a litmus test on whether or not the relationships between Turkey and NATO are going to hold.

The question about the latter stems mainly because of an increasingly volatile ground, due to a dramatic discord between NATO and the AKP government, caused by the persistently erroneous, incoherent and obstinate policies of a single ally, which simply is caught between its government's unending sympathy to conduct Sunni sectarianism and, as if it were not sufficiently frustrating, its military body's decades-long fixation and paranoia about the surge of Kurdish aspirations.

So much weight in baggage would naturally keep any power off from flexibility, and a collective policy construction, a "teamwork" with its allies. This is, certainly, what has been happening with Ankara now.

There are certain things we know, as to what consequences the erratic policy-making caused.

We know that the ending of the Kurdish peace process by President Recep Tayyip Erdoğan was related to what Ankara saw as an utterly worrisome development in Rojava, and in Syrian Kurdistan in general. The clashes in Turkey's southeastern region were welcomed by Iran and Russia, as they gained ground in Syria, militarily and diplomatically.

Ankara's flip-flopping stance on ISIL, as well as the downing of a Russian jet, not so surprisingly brought Washington and Moscow closer to each other than ever before.

And the current insistence on excluding the Kurdish elements from the talks will complicate the picture so much that the situation, instead of getting somewhat better for the refugees, will get much worse.

Cockburn predicts that Turkey emerges already as the loser of the Syrian issue. He foresees an invasion of northern Syria as the AKP's last-ditch effort to keep control.

But this, we all know, would require American cooperation.