KARKEMISH, Turkey -- If the three Brooklyn men arrested Wednesday on charges of aiding and plotting to join the Islamic State had boarded flights to Turkey, they likely would have made it to Syria with ease.

For a wannabe foreign fighter, the last step of the journey is simple: All it takes to cross from Turkey into Syria these days is a smuggler and about $25.

As the international community rallies to crack down on the Islamic State group and bumps up security at home in the wake of deadly terrorist attacks, Turkey’s "jihadi highway" is still as porous as ever. Just last week, three London schoolgirls traveled to Turkey and disappeared into Syria after allegedly messaging a female Islamic State recruiter on Twitter.

Despite Turkey’s insistence that it’s doing all it can to secure the 500-mile-long border, smugglers, fighters and refugees say that Turkish criminal gangs and bribed Turkish paramilitary police have created an environment where anyone can cross into Syria, for a price. 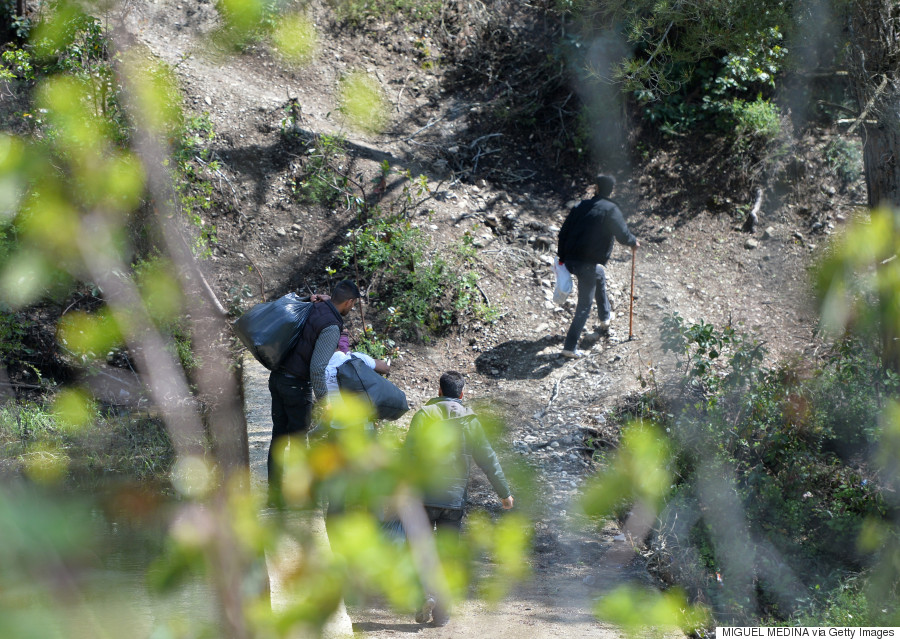 Refugees and smugglers cross the Syria-Turkey border on April 23, 2013.

“When [the Turks] close one area, they open up another,” Jasim Qalthim, a 30-year-old smuggler in this Turkish border town of Karkemish, told The WorldPost. “They could make it harder if they wanted."

The devoted father has lost count of how many people he’s smuggled into Islamic State territory. Their faces blur together. But he’ll always be haunted by one instance in particular, when he smuggled a young Saudi man into ISIS-held Jarabulus, only to have the man's father show up in Turkey, begging Qalthim to cross the border and bring back his son.

Some smugglers “buy” a particular section of the border for a half an hour at a time from an Islamic State “emir,” or prince, who controls the border guards, he says.

“He’s originally Turkish -- Abu Ali,” Qalthim explained, sitting in his dilapidated home as his children watched Batman on a flickering screen with Arabic subtitles. “All the soldiers are afraid of him. One time, he closed the border for 10 days, just because he was angry. He controls everything. He makes huge money and buys weapons and ammunition for ISIS.” 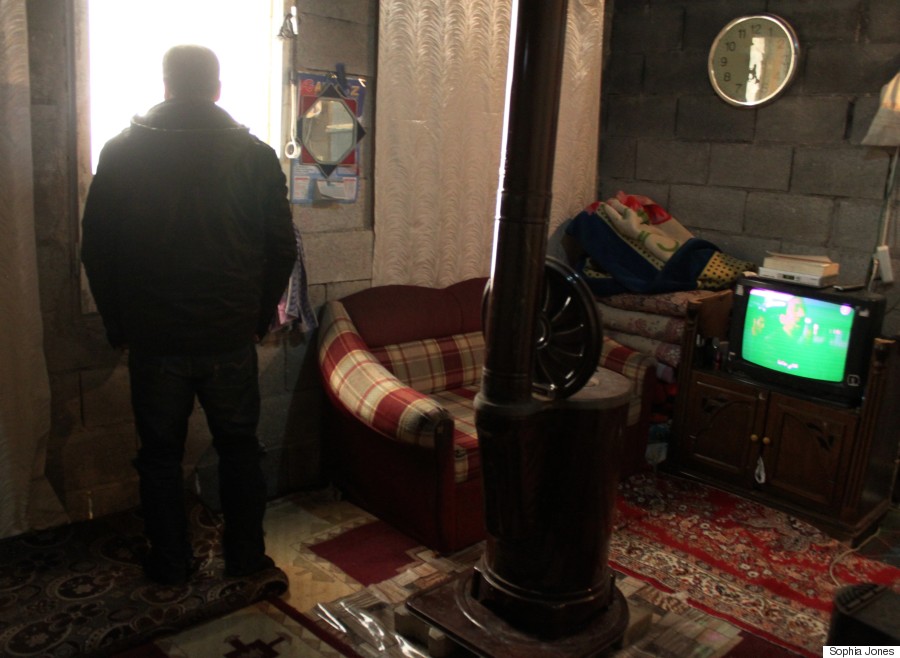 A man who smuggles people into Islamic State territory in Syria stands in front of the window in his home in Karkemish, Turkey.

Qalthim hates the extremist group that has claimed large swaths of Iraq and Syria. But times are tough, and he says his family would go hungry if he didn’t work as a smuggler. Plus, the border is so close, and the work so easy.

Turkey insists it has tightened the border and ramped up security, and now checkpoints are commonplace on key roads in southeast Turkey, where armed security personnel stop cars and check trunks for smuggled goods like oil and cigarettes. But attempting to to reel in human smuggling is like cleaning up debris after a nuclear strike, says Turkey expert Aaron Stein, an associate fellow at the London-based Royal United Services Institute.

Turkey actively facilitated the passage of rebels between September 2011 and March 2014 in order to bolster the fight against Syrian dictator Bashar al Assad, he explains, but things changed last spring. The United States got more deeply involved, calling out Turkey on its porous border, and the Islamic State became an unmanageable problem.

“I think [Turkey knows] about the smuggling, but cleaning this mess up may not be possible,” Stein said.

“As for the military, if the true extent of the corruption on the border was made public, it would be incredibly embarrassing. You have bent officers taking bribes to let people through a border the whole world is asking Turkey to close. You have ambitious middle men who are profiting on the killing of Syrians.” 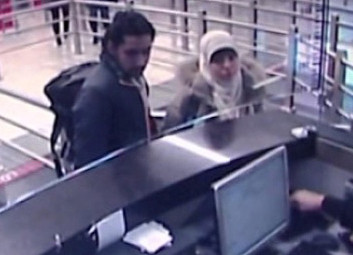 Turkey for years has asked for more international assistance in dealing with the mass displacement of Syrians on its soil -- they number more than 1,622,000, according to government and U.N. numbers. Extremist fighters are often interspersed in refugee populations. The country blames a lack of intelligence-sharing between countries for why so many foreign fighters and Islamic State supporters slip through the cracks. After Hayat Boumeddiene, the wife of one of the Paris gunmen in last month's attacks, escaped easily from Turkey into Syria, Turkey ardently defended itself from criticism.

“Turkey’s only fault is to have a border with Syria,” Turkey’s Prime Minister Ahmet Davutoglu said on an official trip to Berlin in early January. “We need intelligence telling us who is a suspect so Turkey can take precautions.”

Turkey’s Foreign Ministry did not respond to requests for comment.

Hardline fighters take advantage of the porous border and easily bribed guards. Anas, 20, says he crosses to and from Syria through Turkey’s official border crossings with ease, despite not having a passport.

Walking from Turkey's Bab al-Salam border gate in the border town of Kilis, his shoulder-length hair and thick, long beard -- a style often worn by Islamist fighters -- stands out in the crowd of refugees. The young man claims to have fought with the Free Syrian Army, then the Islamic State, and now fights “freelance” for groups like Jabhat al Nusra, also known as Al Qaeda in Syria. 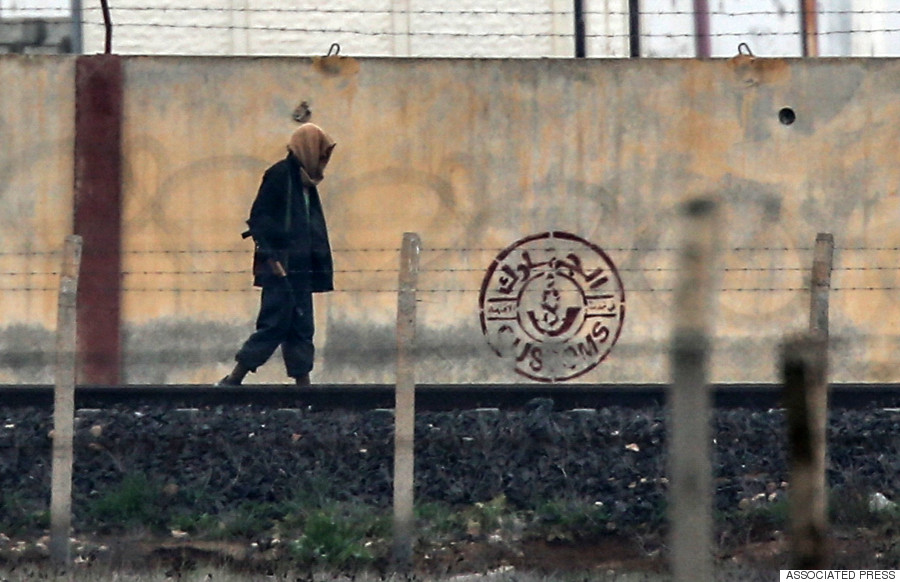 An armed man walks in the Islamic State-controlled Syrian town of Tal Abyad, just across from the Turkish Akcakale border gate, on Jan. 31.

“I bribe the Turkish border guards,” he said nonchalantly, without elaborating.

Rami Zaid, a 23-year-old activist in Aleppo, says he crosses once or twice a month, usually east of the Bab al-Salam border gate because, as he says, there isn’t much security. He doesn’t have a passport either, and unlike Anas, he says, he can’t get through official border without one -- so he pays Turkish and Syrian smugglers $25-50 every trip to help him across.

For Abu Hawrain, a 24-year-old Syrian lamb trader turned smuggler, paying off Turkish border guards at the Bab al-Salam crossing is part of the daily routine. The Idlib native says he smuggles roughly 100 people a month to territory on the other side controlled by Free Syrian Army-affiliated fighters and more hardline jihadist groups.

“They don’t care about the law,” he said of the guards at the border. “They let anyone cross if they have money.”

But the official Turkish forces at the gate aren’t really the ones controlling the border, Abu Hawrain said. A group of four to five rich and widely fear Turkish “gang” leaders run things in Kilis, according to the young smuggler who says he sees them every day.

“The police are afraid of the powerful men,” he continued. “The smugglers pay them directly.”

Hawrain says he makes 75 Turkish lira, or $30, per person he smuggles, but he has to shell out the equivalent of $20 to pay off the Turkish gangsters and border guards. Most of what he makes, he doesn’t get to keep.

When asked what would happen if he kept all of his earnings, Hawrain shook his head: “They’re mafia -- they can do anything.”