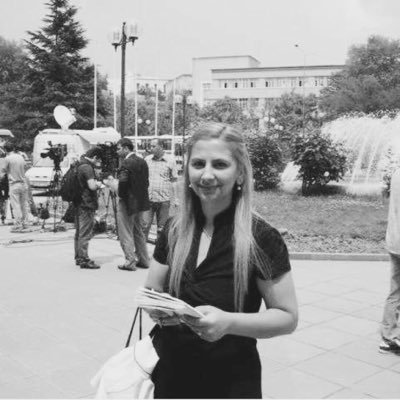 Relentless crackdown on journalists and media outlets in Turkey is not news. But the censorship has taken a whole new level last week when a Turkish court stripped a prominent journalist of legal rights over her two children for publishing a video about the Syria arms delivery.

Arzu Yildiz, an unwavering journalist mostly reporting about court battles and a fierce critic of the government, was also given a 20-month prison sentence for publishing the video on YouTube last year. The video is a two-hour long court defense of a prosecutor who intercepted a truck in southern Turkey full of arms heading toward a Syrian territory held by Ahrar al-Sham, an Islamist extremist group.

From Supporter To Critic

Yildiz, a mother of two, was actually a staunch supporter of the government back when tens of thousands of people thronged streets across Turkey to protest against then-Prime Minister Recep Tayyip Erdogan's increasingly authoritarian rule in the summer of 2013. She later joined Turkiye, a government mouthpiece paper.

In Turkiye, she broke a story about two senior female administrators within the ruling AKP suspected of spying for Iran. The story led to an investigation and several arrests. But the authorities later sued the newspaper over the story. Yildiz wrote a number of high-profile stories during her time in Turkiye, but her editors refused to publish most of them for being too critical of the authorities. A growing discord over the newspaper's editorial line forced her to resign. Her departure from Turkiye coincided with a corruption scandal involving Erdogan and his inner circle as well as a raucous election campaign viewed as the one of the most heated and divisive political wrangling. Stepping Into Minefield

In a Wednesday night in January 2014, Yildiz published a bombshell story on T24, a news portal she joined after quitting Turkiye. Initially it was several paragraphs long, but it was enough to cause an uproar in the public. She reported that prosecutors from Adana, a southern Turkish city, intercepted trucks carrying arms into Syria. She knew that she was stepping into a minefield, because publicly debating or questioning this issue was off-limits.

That story sparked such an outrage from the country's top leadership that Erdogan made it his life's mission to cover up the scandal. The arms-filled trucks, allegedly administered by the Turkish spy agency, justified rumors that Turkey helped fostered radical groups in Syria and ultimately the ISIS. Erdogan publicly derided prosecutors and law enforcement who participated in an operation to halt the trucks, calling them "traitors" and accusing them of "spying."

The prosecutors were later locked up. They still languish in jails, without any prospect of being released anytime soon.

But Foreign Minister Ahmet Davutoglu brought into the surface another narrative, claiming that it was carrying arms to Turkmen rebels who were besieged by forces loyal to the Syrian regime. Turkmens fired back: We did not receive any weapons.

While the story slowly ebbed away over the time, the Cumhuriyet daily published photos and footage of medical supplies and arms in the Syria-bound trucks. The revelations infuriated Erdogan. He vowed that Can Dundar, the newspaper's top editor, "will pay a heavy price" over the story. Journalist Dundar was locked up for three months, survived an assassination attempt and sentenced to five years in prison. Erdogan displayed little flexibility in tolerating stories linked to the Syrian arms delivery.

Reporting At a Price

Joining efforts with other journalists who had recently lost their jobs due to the government pressure, Arzu Yildiz co-founded a web-site called grihat, where she continued her critical and exclusive reporting. One of these reporting included the publication of a video of Prosecutor Ozcan Sisman's court defense. The video ricocheted across the social media, revealing details of how Turkish public officials aided radical groups in Syria as well as helped terrorists in bombing attacks such as in Reyhanli and Cilvegozu.

He made clear in his defense that he acted out of fear that these arms could end up in the hands of terrorists and that he did not know that the trucks were administrated by the spy agency, whose agents have an immunity to a prosecution.

Obtaining or spreading the footage of the court defense is illegal in Turkey, but the court preferred to punish the journalist who published it, not the one who leaked it. Turkey recently made it a crime to publish any classified document linked to the spy agency, a law that was widely criticized by global rights groups.

As Arzu Yildiz pleaded not guilty in the court, she told the judge that her publication of the video was a pure journalistic activity and that people deserve to know details of such a high-profile case.

At a time when even veteran Turkish journalists are cowed into submission, Yildiz's brave reporting came with a price. She lost her freedom, but also her children. It is a chilling reminder to other journalists of what they may expect if they go down a similar path. Erdogan did not only threaten Can Dundar, but also other reporters who may choose to report on this sensitive matter.