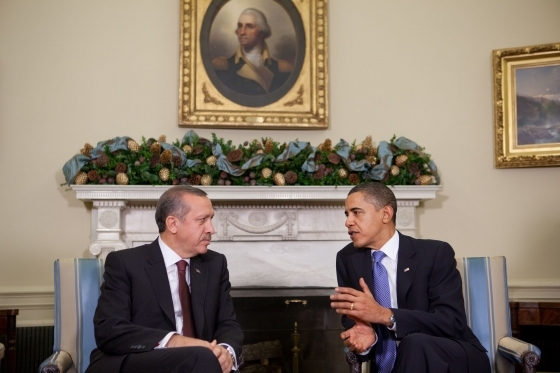 The spark behind the protests in Istanbul, which have now spread to the capital city of Ankara, has been linked to the Turkish government's controversial plans to replace a park in Taksim Square - Istanbul's equivalent to Cairo's Tahrir Square - with an Ottoman-era, army barracks-replica that would house a new shopping mall. The underlying grievances of the Turkish educated and middle class, however, is rooted in more complex factors.

Under the leadership of Prime Minister Recep Tayyip Erdoğan, the Islamist-founded Justice and Development Party, known as the A.K.P, has been attempting during the last few years to depict Turkey as a model nation and an alternative to the other Middle Eastern and Muslim countries, especially those who underwent revolution and massive uprisings. The image the A.K.P has been seeking to project to the world is that Turkey is a nation that successfully married Islam with secularism; a Muslim, yet modern and secular country.

However, the ordinary people of Turkey have been feeling a much different sentiment than the one being projected by their government. There are many grievances against Erdoğan's A.K.P. party boiling under the surface. In a manner resembling what we witnessed in the Arab world however, these grievances eventually became exposed through widespread uprisings and protests, and the sporadic, violent police crackdowns that followed. Among the Turkish people is the perception that Prime Minister Erdoğan and his party are shrinking the political spectrum of the Turkish government, centralizing the power into the hand of the A.K.P party, turning the country's democratic governance into an authoritarian one like that of Hosni Mubarak of Egypt and Ben Ali Zain-Al Abedin of Tunisia, and lastly, mismanaging and spilling over the war in Syria.

Yet, these grievances are not felt consensually across the country. In fact, the country is divided between two factions. On one hand is the young, urban, and educated of the country -- the middle class. The overwhelming majority of this social base strongly opposes the current government under Prime Minister Erdoğan. They argue that several laws have been passed by the A.K.P. party which firmly favors Islamic-orientated morals and Sharia jurisprudence, one example being the banning of alcohol in public spaces. The young Turkish people responded to this new law, as we witnessed during the protests, by raising bottles of beer in the air; a message to the government that they refuse to accept the new laws.

In addition, while the young people smashed the windshields of the bulldozers that had started razing into Taksim Square, they carried a red flag bearing the face of modern Turkey's secular founder, Mustafa Kemal Atatürk, and draped it over a police car - another reflection of the Islamism versus secularism underlying tensions brewing in major modern cities of Turkey. As Mustafa, a 22 year-old university student studying architecture who participated in the latest protests in Ankara, explained, "First I voted for Tayyip Erdoğan thinking that he was different from the previous military-linked rulers. We thought he wanted to further democratize the country. But he is turning it into a dictatorship and a country like Iran by banning everything fun that young people can do."

On the other hand, in smaller and rural cities, especially in the Eastern region of Turkey, several major and influential Islamic organizations as well as smaller parties still hold considerable amount of support for the Islamist-rooted A.K.P party. Referring to this support-base, and in what appears to be a mockery of the recent protests, Prime Minister Erdoğan wrote a message via Twitter stating he could easily mobilize a million people to show their support for him in Taksim Square.

The second major reason behind the grievances and anger being demonstrated in the streets is linked to the criticism of the economic policies practiced by the government. Economists point out that Turkey was able to emerge unscathed from the global financial crisis and even perform better than European countries and many other nations because the government heavily relied on the state to be the sole economic generator, mainly pursuing economic projects involving construction and new housing. The long-term consequence of such state-orientated policies, however, is that only a few people from the middle class would benefit. This risks the chance of Turkey falling into a financial bubble - similar to the one that occurred in the United States and that led to the country's economic collapse in 2008.

Finally, many Turkish people have expressed criticism towards Erdogan's policies regarding the uprisings and conflict in Syria, the Syrian President Al-Assad and his apparatuses, and the various rebel groups operating in the country. Many young Turkish people argue that the Prime Minister and his A.K.P party's inefficacy and uniformed polices in handling the civil war in Syria - particularly by sheltering the Syrian rebels in several Turkish cities, holding conferences for the oppositional groups, and dragging Turkey further into the conflict in Syria - is one of the main reasons that Syria has repeatedly fired rockets in Turkey and which led to the death of several Turkish citizens.

Although the widespread protests in Turkey were primarily sparked by the government's plans to redevelop a park in Taksim Square, the crucial and underlying reasons behind these uprisings are rooted in the country's struggle between Islamism and secularism, the Turkish people's perception that their government is shrinking the political spectrum and turning authoritative, as well as the belief that the A.K.P has completely mismanaged the foreign policies towards the crisis in Syria.

This article was originally published in The National.