ISTANBUL -- On Tuesday, 10 German tourists lost their lives when a bomb went off in Sultanahmet Square, in the heart of Istanbul's tourist district, ringed by centuries-old Byzantine and Ottoman sights such as Hagia Sophia, the Blue Mosque and Topkapi Palace. The suicide bombing appears to have been carried out by a Syrian member of the so-called Islamic State. Unlike previous ISIS-linked terrorist attacks in Turkey over the past year, this one specifically targeted foreigners. This alarming development shows that even Istanbul -- a cosmopolitan, culturally European city in the northwest corner of Turkey -- is not immune from the violence of Syria's civil war.

Now about to enter its sixth year, that conflict has killed more than 250,000 people and caused 4.6 million refugees to flee to neighboring countries. Turkey alone hosts 2.5 million Syrian refugees; 2015 saw unprecedented numbers of Syrians traverse Turkey in their quest for asylum in Europe, as the Turkish government looked the other way. Increasingly reluctant to take sole responsibility for millions of refugees, Ankara is using them as pawns in its negotiations with the European Union, in particular with Germany.

Until recently, German Chancellor Angela Merkel had welcomed Syrian refugees with her country's open-door policy; however, this policy has become more and more unpopular with the German public. Accordingly, Merkel came to Istanbul in October, just two weeks before Turkey's Nov. 1 snap elections -- in a clear departure from diplomatic precedent -- in order to strike a deal with Erdoğan concerning the refugees.

Erdoğan cynically uses millions of Syrian refugees as a bargaining chip with the E.U., whose leaders are behaving just as irresponsibly as he is.

The terms of this unsavory deal were simple. The E.U. would refrain from pressuring Erdoğan on his imprisonment of journalists and the Turkish army's heavy-handed measures against Kurds in the southeast. In return, Erdoğan would halt the flow of refugees coming through Turkey, effectively turning his own country into a giant "concentration camp" for Syrians. In addition, the E.U. agreed to provide Turkey with 3 billion euros in aid.

Brussels even delayed the publication of its annual progress report on Turkey in order not to tarnish Erdoğan's image before the elections. For all the E.U.'s rhetoric about human rights, democracy and freedom of the press, the leader of its most influential member, Chancellor Merkel will obviously not hesitate to sacrifice these principles in order to placate a strategic ally.

Turkey bears a large share of responsibility for the festering of the civil war in Syria. For the past four years, Ankara has done all it can to overthrow the Assad regime by arming the Syrian opposition. To that end, Turkey -- along with Saudi Arabia -- recently helped create the Jaish al-Fatah (Army of Conquest), an alliance of diverse jihadi groups, including the al-Nusra Front, al-Qaeda's Syrian branch. Since 2011, Turkey's 900-kilometer border with Syria has become highly permeable, traversed not only by Ankara-vetted jihadis and weapons shipments, but also by members of ISIS.

Turkey bears a large share of responsibility for the festering of the civil war in Syria.

The U.S. and E.U. are also to blame, having assisted Turkey, Saudi Arabia and Qatar in their destabilization of Syria. For example, an operational center set up in Turkey in 2012 to coordinate the various Syrian rebel groups is known to have had CIA agents among its staff. France -- which lately experienced jihadi violence on its own soil during the Paris attacks -- was also one of the chief backers of the armed opposition in Syria. (France likewise played a leading role in the 2011 NATO bombing campaign in Libya that resulted in the toppling of the Qaddafi regime; as the country then descended into civil war, European and American forces simply walked away.)

Germany, by contrast, was content to look on from afar as long as it remained unaffected by the violence unfolding in the Middle East. The political right in Germany, as elsewhere in Europe, effectively said, "Let the Muslims kill each other ... if radical Muslims go to fight in Syria, we'll no longer have them in our midst."

But the Paris attacks and the Sultanahmet bombing show that the bloodshed of the Syrian civil war is no longer confined to Syria. Merkel's strategy of making concessions to Erdoğan (if only to solve the refugee crisis) is unlikely to bring stability to Turkey and Europe.

The U.S. and E.U. are also to blame, having assisted Turkey, Saudi Arabia and Qatar in their destabilization of Syria.

First of all, there is the deteriorating security situation in Turkey's Kurdish regions. For more than three decades, Turkey has fought against the Kurdistan Workers' Party, or PKK, in its mountain strongholds; now the Turkish army is bombarding large urban areas with tanks and artillery, leading to a mass civilian exodus from the cities of the southeast. Little by little, the Kurdish conflict is coming to resemble a civil war again, raising concerns that Kurdish refugees from Turkey may join the flood of Syrian refugees bound for Europe.

Then there is ISIS, which has carried out four major terror attacks in Turkey over the past half year. In the first three, ISIS exclusively targeted Kurdish and secular leftist groups. The latest attack in Sultanahmet, by contrast, was aimed at Turkey's tourism sector -- and thus its economy. At present, Turkey is the sixth most popular tourist destination in the world; every year, 35 million tourists visit the country, spending 34 billion dollars and providing employment for 800 thousand people. If ISIS continues to attack tourist sites in Turkey -- as it has in Egypt and Tunisia, it could cause Turkey's already fragile economy to collapse.

In today's Middle East, Yemen, Iraq, Syria and Libya are currently embroiled in civil war. NATO member Turkey, long an oasis of relative stability in the region, must now contend with multiple crises: millions of desperate Syrian refugees, the threat of future ISIS attacks and its own restive Kurdish population. Yet, in the face of these life-and-death issues, Erdoğan seems incapable of a measured response. Seeking to end the Kurdish conflict by tanks rather than talks, Erdoğan recently became incensed by an academic petition criticizing Turkey's prosecution of that conflict, denouncing its 1,000+ signatories as "so-called intellectuals! You are not enlightened persons. You are dark."

Little by little, the Kurdish conflict is coming to resemble a civil war, raising concerns that Kurdish refugees from Turkey may join the flood of Syrian refugees bound for Europe.

Though all agree that the Syrian crisis cannot be solved without a regional consensus, Erdoğan has openly provoked one of its main players, Russia, by shooting down one of its fighter jets (the first NATO member to do so in 60 years). Finally, despite his wish to end the massacres in Syria, Erdoğan cynically uses millions of Syrian refugees as a bargaining chip with the E.U., whose leaders are behaving just as irresponsibly as he is. There is a desperate need right now -- in Turkey, Europe and the U.S. -- for leaders who will take a principled stance on the Middle East, putting the interests of future generations above opportunistic self-interest. Otherwise, the entire world will suffer the consequences.

Turkey, the U.S. and Europe Are All Partly to Blame for the Festering Syria War
Istanbul Explosion 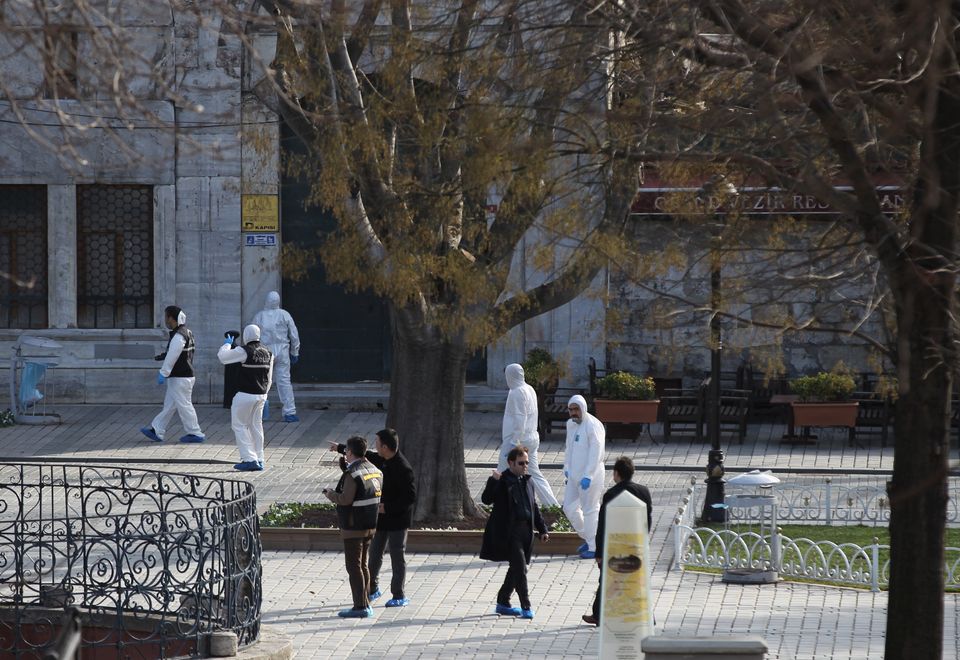