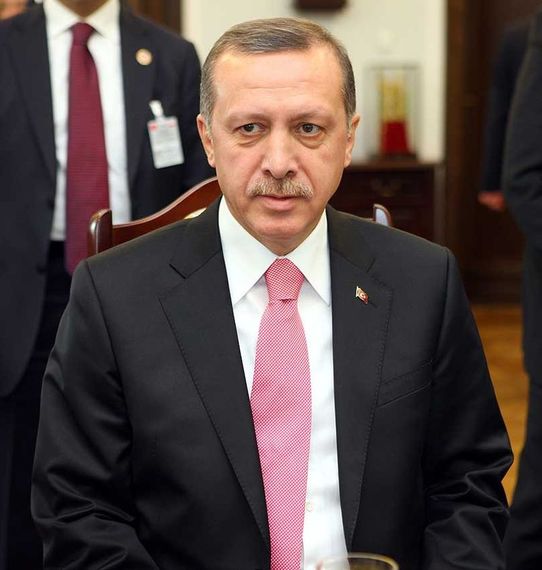 As Turkish President Recept Tayyip Erdogan made his rounds recently in the Middle East, talking with Iran about ending sectarianism in the region, and with Egypt about freeing political prisoners, he would've done well to start at home. There's much to do, and Erdogan could begin by talking with Turkish exiles in Pennsylvania.

This is where Islamic scholar and preacher Fethullah Gulen, arguably Turkey's most controversial figure and one who has come out categorically against ISIS, resides reclusively. He takes few public meetings, meditating mostly and teaching and preaching frequently, so for me it was a treat to meet with him recently in his humble home -- especially after returning from Turkey myself. My visit coincided with a U.S. Senate letter to Secretary of State John Kerry, signed by over 70 senators, calling on Turkey's government to improve press freedoms.

Gulen, and his affiliated Islam-inspired Hizmet Movement, can testify to the crackdown referenced in the Senate letter, as many in the Hizmet community, including mainstream media editors and reporters, have been arrested recently, without warrant and without release, for simply reporting on government abuses. Equally erroneously, Gulen faces legal harassment by Turkey's president and his hand-picked courts, which are treating democratic expression against the government as treason, making exile in eastern Pennsylvania imperative for survival. Thankfully, the U.S. recognizes Erdogan's authoritarian tack and has no plans to extradite Gulen.

No matter how desirable a return to Turkey might be, reuniting Gulen with his family would come with quick and decisive imprisonment. Erdogan's track record of imprisoning anyone questioning or criticizing Ankara is well established, and Gulen, Erdogan's number-one target, would be locked up for life. Erdogan's sound and fury, furthermore, is a pretext for parliamentary control and a constitution rewrite to equip the president's position with even more executive powers. The Ankara autocracy is quickly taking shape.

What's perhaps most remarkable, amidst Erdogan's tack towards autocracy, is that his villain isn't villainous at all. In fact, in a world where "wars on terrorism" are the talk of the town, it's wise to partner with, not demonize, Islamic preachers and scholars, such as Gulen, who denounce violent and extremist acts orchestrated, however fallaciously, in the name of Islam.

Unlike Erdogan, who has been criticized for aiding and abetting the Islamic State within and without the borders of Turkey, Gulen has harshly criticized ISIS for its cowardly acts. In my meeting with Gulen, he swiftly reiterated his condemnation of violence, noting that ISIS had no core tradition and no religious connection. The Islamic tradition, Gulen asserts, demands respect for the dignity of, and the sacred in, each person -- all of whom are made in the image of God. It's about walking the talk, says Gulen, which ISIS and other violent actors clearly aren't doing.

In fact, in taking on ISIS, Erdogan could learn a lesson or two from Gulen. Understanding well the root causes of violence, Gulen's prescriptions target issues of fairness and justice (which, if present, help with hope and prevent despair) and the need to address basic living conditions and provide for medical and educational needs and other critical cultural components like language, identity and community-based mechanisms for conflict resolution.

This is how you undermine recruitment and thwart extremism -- by providing viable alternatives, especially when ISIS pays well. Gulen went further by quietly calling out those who wage war and noting that destruction is easy, but construction and repair is difficult. The latter, according to Gulen, is the road to take, the example to set, the solution to proffer, and it must start somewhere small; otherwise impatience will create despair, and unrealistic aims will overwhelm. Given all of this, it's no surprise that the Hizmet Movement is busy building secular schools and hospitals in low-income communities, that Gulen himself was focused on refilling my tea while we talked, and that his living quarters are simple and small. It's about living a life of service, and that commitment begins at home.

That is why Erdogan's unhinged angling toward Gulen is so stupefying, especially given their history of friendship. Gulen has always been Gulen; there's been no change in his principles or priorities. As a spiritual man, he's always promoted peace, coexistence, understanding and respect for others.

There is no Gulen/Hizmet plan to take over Ankara, no desire to rule the religious roost. In fact, in my meeting with Gulen, America was lauded for its religious freedoms. That was the model offered up. Not a Muslim state but a state where all religions are supported in their practice. Erdogan should take note.