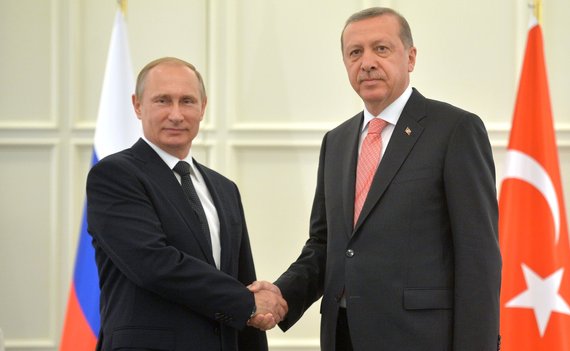 On Tuesday, August 9, Turkish President Recep Tayyip Erdogan travelled to St. Petersburg for a meeting with Russian President Vladimir Putin. That Erdogan would travel outside of Turkey, less than two weeks after an attempted coup, speaks reams about his hold on power. That his first overseas trip would be to Russia speaks equally clearly about the message he wants to send to Europe and the United States.

Two days later, Turkish Foreign Minister Mevlut Cavusoglu, a close political ally of Erdogan, invited Russia to "fight against the terrorist group together, so that we can clear it out as soon as possible." Considering the difficulties that Washington had in getting Turkish support for its military campaign against the Islamic State or the fact that, to date, the overwhelming majority of Turkish military strikes in Syria were directed against Kurdish forces, a de facto Russian ally, and not those of Islamic State, the statement by Turkey's Foreign Minister was extraordinary.

This is a remarkable turnaround from the breakdown in Turkish-Russian relations that occurred when a Turkish F-16 fighter shot down a Russian Sukhoi Su-24 jet on November 24, 2015. As late as February 12, 2016, Russian Prime Minister Dmitry Medvedev was warning that an intervention in Syria by Turkish ground forces could precipitate "a Third World War." Six months later, the two countries are ostensibly discussing a joint operation.

Is this the beginning of a fundamental realignment in Turkish foreign policy or is Ankara just flirting with Moscow? It's a little bit of both, but for now, more of the later than the former.

At the end of World War II, Turkey found itself confronting a powerful Soviet state. Soviet military forces dominated the Black Sea and were encamped along its borders in the Caucasus and the Balkans. The Danube basin, its traditional commercial link to Europe, was dominated, as far as Vienna, by the Soviet organized, Warsaw Pact alliance.

To the south, Syria and Iraq quickly evolved into Soviet client states, complete with Soviet military advisors and the latest armaments. Virtually surrounded by the Soviet Union and its clients, Turkey had little choice but to align itself with the West. NATO and American bilateral security guarantees solved its security dilemma, while access to Europe's commercial and labor markets provided an outlet for its industry and surplus labor.

All that changed with the collapse of the Soviet Union in 1989. No longer threatened by Soviet military power, although still dependent on access to Europe's economy, Turkey no longer felt the need to march obediently in lockstep with Washington. 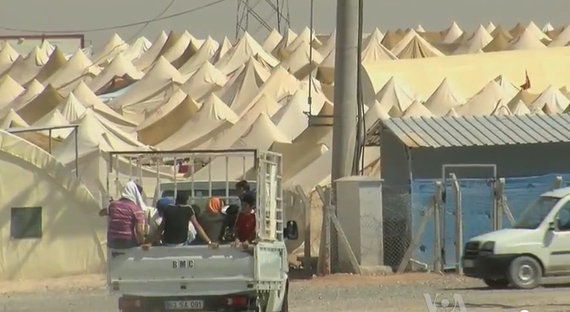 In the meantime, a deeper, more fundamental change was occurring in Turkish society. Turkey's traditional, Western-oriented, secularized, military and commercial elites were steadily losing political power to the more socially conservative, traditionally Islamic voters of rural Anatolia. Those voters were sufficient to bring Erdogan's Justice and Development Party (AKP) to power in 2002, and to keep them there to this day.

Looking to the future, Turkey's geopolitical realities auger against a long-term orientation toward Russia. The Kremlin's desire to dominate the Black Sea is not in Turkey's strategic interest. Neither, for that matter, is the Kremlin's desire to expand, along with its Iranian ally, Russia's influence in the Middle East.

More importantly, Turkey's own desire to expand its influence among the Turkic peoples that inhabit the central Asian republics of Kazakhstan, Azerbaijan, Uzbekistan and Turkmenistan poses a significant challenge to the Kremlin's desire to maintain its influence in that region and, more importantly, to exert a degree of control over the regions hydrocarbon wealth and especially the pipelines that move it to markets in Europe.

Turkey's historical competition with Iran for influence in the Middle East will also be difficult to reconcile with a pro-Russian alignment. As is the fact that, at least officially, Turkey seems determined to replace the Assad government in Damascus, an Iranian client. Of late, Ankara has been softening, somewhat, its opposition to the Assad regime, but it has stopped well short of indicating that it could live with its continuation.

Erdogan has already accused the European Union (EU) and the United States of supporting the attempted coup. Turkish media has widely asserted that the CIA organized it, a view shared by a majority of Turkish citizens. Turkey has also demanded the extradition of former AKP supporter Fethullah Gulen, who it claims helped mastermind the coup, from the United States.

Ankara's flirtation with Moscow is a not so subtle message to the EU and to the U.S. that Turkey has options outside of its traditional pro-Western alignment, and that the lack of support from its traditional allies, will cause Turkey to look for friends elsewhere. 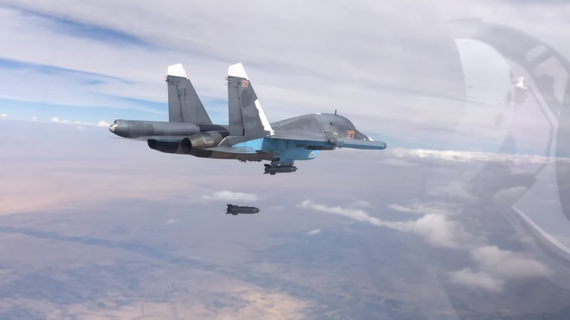 Russian Sukhoi fighter-bomber on a mission over Syria

For Russia, a Turkish rapprochement at a time when Ankara is estranged from many of its NATO allies allows Moscow to sow dissension within the military alliance at a time when many of its members are uncertain of the organization's long term purpose or continuing role.

Moreover, Erdogan has been very clear with the EU that Turkish support for controlling the flood of refugees into Europe is tied to Turkish access to the common market and especially unhindered access for Turkish citizens to Europe's labor market.

The prospect of large scale Turkish migration into the EU has become a very contentious issue, one which the Euro-Skeptic parties have been quick to seize on. It may also have been a factor in the surprising victory of Brexit supporters.

Russia has been equally clear that its support for curbing the refugee flood into Europe is tied to the elimination, or at least, the reduction of the economic sanctions imposed on Russia following its seizure of the Crimea.

Issues that create divisions with the EU ultimately work to the Kremlin's advantage as they make it harder to maintain a common front on the imposition of sanctions and make it more likely that one or more countries within the EU may unilaterally drop the sanctions altogether.

The US does not need Turkey to conduct its war against the Islamic State, but access to the giant American air base at Incirlik is important both as a staging ground for coalition air operations and for supplying the various Syrian rebel groups. Moreover, Turkish support in securing the borders with Syria and controlling the flow of jihadists into the Islamic State as well as the smuggling out of oil and antiquities is also essential.

Moscow has very cleverly played the situation in Syria and now Turkey as well to gather up diplomatic chips that it can bargain with to achieve its primary objectives in Europe: the elimination of the sanctions and stopping the eastward expansion of NATO. By allowing the Kremlin a broader diplomatic space in which to operate, the White House risks seeing its policy options being boxed in. In an all too familiar pattern, the initiative is clearly in the hands of Moscow's offense while Washington continues to play a belated defense.

In the short-term, Ankara's rapprochement with Moscow may be nothing more than an opportunistic political calculus, but Turkish society is changing, and the balance of power is steadily slipping away from the country's traditional, pro-Western, secular elite. The Erdogan years, rather than being an aberration in Turkey's traditional orientation, may yet prove to be the beginning of an entirely new direction in Turkey's foreign policy.