As Turkey in the wake of the despicable coup attempt dragged even more deeply into the Machiavellian vortex by way of severe waves of seemingly indiscriminate purge and arrests -- based on a series of draconian decrees -- many Turkish pundits now seem much more concerned about bashing the West -- the USA and the EU i particular -- of indifference to the damage the botched putch caused to the country.

Some even argue fervently that a return to democratic settings will only be possible by opening a "blank page" with President Erdoğan.

Going further, some Turkish commentators have engaged almost a campaign-like attacks against what they vaguely term as "western media", throwing accusations as inability to grasp the "Turkish reality" and of deliberate bias. 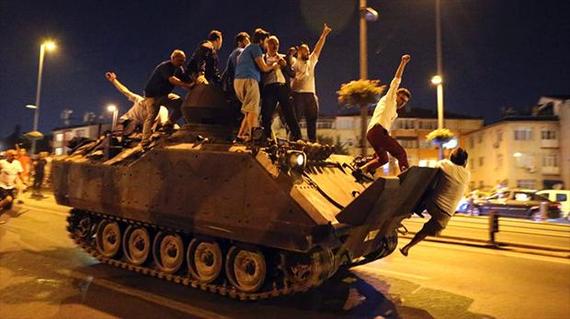 The basis for the attacks seem to be what they see as the emphasis on what takes place after the failure of the coup attempt, instead of its evil nature which caused deaths of at least 260 civilians and incredible damage, among other "targets", Parliament building.

It all looks like the taking the easy way out.

First of all, this impulsive reaction has its roots in the national elite's psyche: the west and its media were severely targeted in the wake of the military coup 1980, as it did during the 1990s when the Kurdish insurgency escalated, and lately during Gezi Park protests, which even jeopardized the very work of the international media outlets.

Then and now, the attackers,albeit having different colors, have applied a common slogan:

"Turkey is different, you westerners do not understand us! You never will!"

On this aspect, the current reaction exposes a return to old anti-western reflexes, underlining a cultural clash in the norms of free and diverse opinion. They also fuel anti-western sentiments across the society.

"Easy way out" is used by myself particularly because of the sweeping generalization under the term "western media", applied by these pundits. 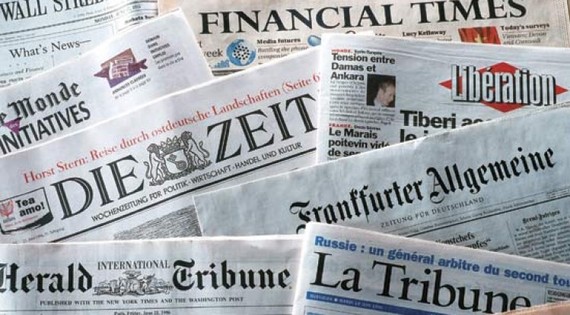 So, we do not really know, what exactly the complainants' arguments are concretely based on.

Such generalizations are often nothing else than products of sheer frustrations.

In the case of deeply turbulent, rather unstable Turkey, they are, confusing the target as they are, understandable. But, as responsible opinion makers, one's own arguments should matter more than what the others express. Among many of those who now engage in "west-bashing" there was full consensus from the very outset that the coup attempt be condemned in strongest terms.

I wrote in Turkish and was quoted in Spanish and Italian newspapers the day after the putch attempt that it was "deadly blow, an act of evil to Turkey's already frail democratic order." That at least 260 more civilians were killed was the result of the act of evil.

Yet, in a larger context, it was just an addition to the hundreds of victims of bombings and clashes across the country, which was swept into violence and rage, in the past three-four years; not exactly an incident politically separable from those. Nobody could disagree that Turkey had become a victim of profound mismanagement, and that the only way out would be that the elected opposition would get its act together.

So, in this larger context things look more crystallized, rather than all analysis narrowed down to the 14 hours the plotters raged havoc in the country. As an academic friend put it: "Could one understand the 15 July coup without taking the 14th and the 16th of July into account?"

Another example: three weeks after the coup attempt, we still do not know who planned, sat in the command centre, and orchestrated this act of evil. Who pulled the trigger? How do we explain that a 40 % of the top brass is now in jail? Those who seek answers to these basic questions are met with hostility, and easily demonized. Yet, the "real" journalism is now squeezed into a tiny 90% of the sector -- symbolized by secular Cumhuriyet daily on top -- Turkish media is unable, sadly, to mind its own business; as it could not during the past 12 months of Kurdish insurgency that ruined parts of the Anatolian cultural heritage in the southeastern provinces, along with many lives.

Still, the western media-bashing has now gone beyond reason.

One commentator, while trying to demonstrate how Turkey was "misunderstood", wrote:

The fact of the matter is, this upside-down argumentation is a slap in the face of all those decent journalists in Turkey who are now either jobless, or "sheltered" without income in a decreasing number of tiny news outlets or in jail.

They have not at all become resistant and biased against Erdoğan because they have been isolated from the public. On the country, they have been silenced and punished, one after another, by firings and courtcases, because they have remained bold enough to continue to be honestly critical to what they see as power abuses, oppressive ways etc.

The draconian measures against the media after the coup attempt are also self-explanatory.

The values of journalism are universal; and only those who abide by them find a common ground in pursuing, and revealing, the truth. The rest is a dirty alliance between propagandists and stenographs of power.

Thus, the bitter fact is, no matter how much one bashes the "other" media, it will not make the persistent issues on the future of democracy, keeping Turkey in severe spasms, go away. 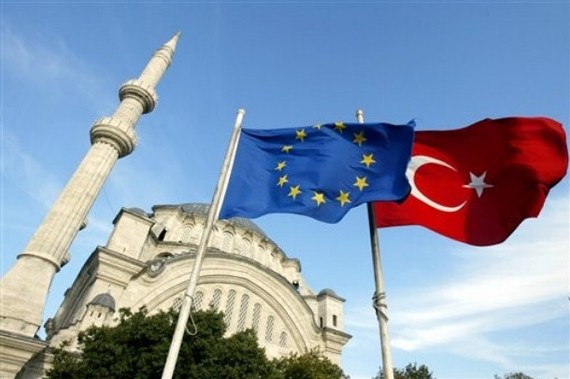 But those attacking the West are right in one point. It is almost entirely about one person, President Erdoğan, and what in his mind is.

What to do now?

How to approach Turkey and President Erdoğan?

During his visit in Ankara, Thorbjörn Jagland, Secretary General of Council of Europe, said:

"There has been too little understanding in Europe about the challenges facing democracy and state institutions in Turkey after the outrageous coup attempt of 15 July... Turkey is very important to Europe, and Europe is very important to Turkey. We should do all we can to help Turkey deal with this very difficult situation in the best way possible."

While to be commended for meeting the elected politicians in Turkish capital, Jagland's words must be understood as a subtle reminder that the European inability to grasp the gravity of the situation in the country is nothing new.

As all the basic tenets of the democratic order has been attacked and demolished in the past three years, following Gezi Protests, and as the constitution was de facto suspended through steady breaches (over impartiality and the independence of the judiciary and media) by Erdoğan, the EU (Germany in particular) shifted to a "transactional partnership" due to a single focus on blocking the refugee inflow from Turkey and nothing else.

As the Turkish political stage was turned into a wreck by a slow motion "civilian coup" mode since 2014, with the addition of scorched earth policy in the mainly Kurdish southeast that left 350.000 Kurds displaced, the show was watched from the EU balconies with aloofness.

This makes surely the question "what to do now?" even more convulsive.

Some pundits in Turkey seem to have launched the idea that a return to normalization is not possible without him.

The risk of flocking around this idea is, I fear, that it may lead to further disappointment.

Given Erdoğan's record since 2013 on, those who hope that he will reestablish the rather ruined democratic order express wishful thinking; they are trapped by pipe dreaming.

The key issue remains, as powerfully as before the coup attempt, on whether or not Erdoğan is to be trusted.

The global perception about his "my way or no way" style, about his unpredictability is intact even after the putchists' despicable attacks to Parliament in Ankara. Erdoğan has so far fallen short of giving assurances about a return to democratic rights and freedoms and a respect for rule of law.

On the contrary, the inexplicably massive purge and arrest waves, as well as all the decrees issued so far, point out to the fact that he remains decided to personalize the power, and diminish the role of Parliament and the judiciary. He perceives the post-putch mood not as "democracy has won", but with his name replacing democracy, in that slogan.

With the emergency rule, he is empowered with the best political instruments he ever hoped for. Unless he catches us with a huge surprise, he will soon cement a one-man rule.

So, against those who have fallen into the trap of wishful thinking, we must preach skepsis as sharp as before.

Erdoğan feels frustrated about the lack of enthusiasm in support from the West and the Arab world after the coup attempt.

Yet there is more to the context.

His row with Italian Prime Minister Renzi and his calls for the extradition of his arch-foe Fethullah Gülen from the USA, exposes his "chessmaster self":

He knows that the case of money laundering in Italy against his son, and the upcoming, massive corruption trial, in September, against his close circle friend, Iranian-Turkish businessman, Reza Zarrab, in New York Federal Court, will cause deeper damage to his image and must go away through some "deals".

His patriarchal mood in post-coup attempt therefore must be seen in this wide and hugely important context, which make prospects for a normalization in Turkey even bleaker.

This is the focal point; and not how and why the vaguely-termed "Western media" is performing about a country, at the very point of an existential, historical watershed.