When it comes to the world of film, how exactly does one define a classic? 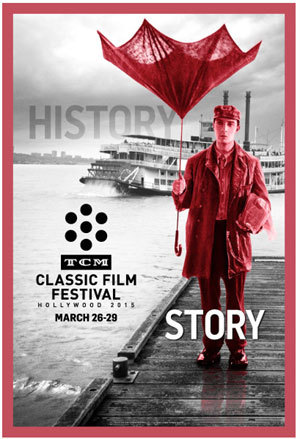 "For some, it's that movie they grew up which they now want to share with their kids. For others, it's films that were made under the studio system back during the Golden Age of Hollywood," said Genevieve McGillicuddy -- the managing director of the Turner Classic Film Festival -- during a recent phone interview. "Here at TCM, our thinking is that there is no right answer to this question. There is no exact definition of what a cinematic classic is. Which is why -- when we're putting together the programming for TCM's annual festival -- we really strive to represent all aspects of film history."

So sure. The sixth annual Turner Classic Film Festival got off to a suitably grand start last night with Julie Andrews and Christopher Plummer strolling down the red carpet at the TCL Chinese Theatre before they then attend a screening of The Sound of Music (which is celebrating the 50th anniversary of its world premiere this month). But if you'll look over the rest of the schedule for this 4 day-long event, you'll see that there's more to TCFF than just celebrating Hollywood musicals of the 1960s.

Take -- for instance -- Tonight's screening of 1995's Apollo 13, which will feature quizmaster Alex Trebek chatting with the real Captain James Lovell (i.e., the role that Tom Hanks played in this Ron Howard film). Or better yet, this afternoon's presentation of 1981's Raiders of the Lost Ark, during which veteran stuntman Terry Leonard will explain how many of the now-legendary action sequences in this Steven Spielberg movie were staged. 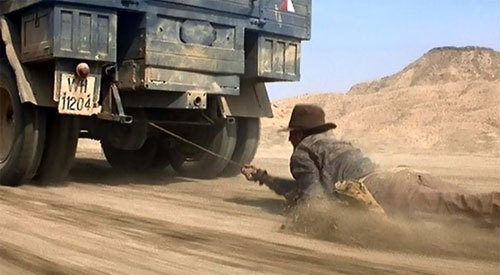 "That's the key difference between the Turner Classic Film Festival and other film festivals. Given how passionate TCM fans are about cinema, we always want to give them the opportunity to look at something they already love in a whole new way. Which is why -- whenever possible -- we bring in special guests who actually worked on or starred in productions that we feature at the festival. Or better yet, someone like James Lovell, who can then give their take on how true-to-life a particular motion picture eventually turned out to be," McGillicuddy continued.

That idea will really get explored this afternoon over at Club TCM (which is headquartered at the Hollywood Roosevelt Hotel) during the "A Surreal Existence: My Life as Portrayed in Film" panel discussion. Which is when Tony Mendez (i.e. the CIA agent that Ben Affleck portrayed in that 2012 Academy Award-winner, Argo), Aron Ralston (i.e., the hapless canyoneer that James Franco played in 2010's 127 Hours) and Mark Schultz (i.e., that Olympic wrestler which Channing Tatum portrayed in 2014's Foxcatcher) will reveal what's fact and what's fiction in these films. More importantly, how their lives have been impacted by these onscreen portrayals.

Mind you, if you're honestly not a fan of modern cinema, TCFF has something for you as well. You can see experience what going to the movies was like a hundred years ago by attending Saturday's "Return of the Dream Machine" presentation. Which is when Joe Rinaudo will operate his 1909 hand-crank powered Model 6 cameragraph motion picture machine. And festival attendees can then experience George Melies' A Trip to the Moon or the Edison Company's The Great Train Robbery just as the first members of the movie-going public did. 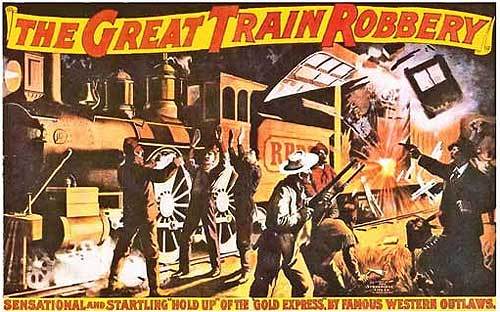 "That's another key component of the Turner Classic Film Festival. We like to present movies in the way that they were meant to be seen. Which is why -- in addition to screening things digitally or in 35 or 70MM -- we've shown movies from the 1950s in Cinemascope. We've even been down to the Cinerama Dome to show films in Cinerama as well," Genevieve stated.

"At 10 a.m. at the Montalbán Theatre on the 28th, we've got TCM host Ben Mankiewicz talking with Norman Lloyd. Now Mr. Lloyd is a 100 years-young. And he is probably the last person in Hollywood today who can talk about what it was like to work with Chaplin, Hitchcock, Jean Renoir & Orson Welles," McGillicuddy enthused. "But then in the same theatre on Saturday afternoon, we've got Edoardo Ponti interviewing his mother, Academy Award-winning actress Sophia Loren. She's someone that we've been wanting to host either on the channel or at the festival for years now. And the fact that Ms. Loren has agreed to take part in a live taping of an extensive conversation as well as be present at a screening of Marriage Italian Style, that's absolutely thrilling." 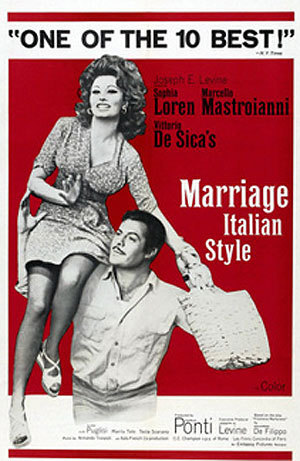 And Edoardo Ponti won't be the only child-of-a-famous-actor-or-actress who'll be taking part in this year's event. Peter Fonda will be in Chinese Multiplex House 4 this afternoon to introduce a screening of 1939's Young Mr. Lincoln (which is one of the seven films that Henry Fonda made with screen legend John Ford). And W.C. Fields' grandsons Allen and Ron will be in Chinese Multiplex House 6 tonight to offer up their insights on one of W.C.'s best screen comedies, 1940's The Bank Dick.

All this -- plus Alec Baldwin interviewing Dustin Hoffman out ahead of a presentation of Bob Fosse's Academy Award-nominated bio pic, 1974's Lenny. Or better yet, Shirley McClaine showing up at the TCL Chinese Theatre IMAX on Saturday night to reflect on what it was like to work with Billy Wilder and Jack Lemmon on 1960's The Apartment.

"And the best part of staging this event at theaters like the Egyptian and the El Capitan and the Chinese is that a lot of the films that we show at the Festival actually premiered at these theaters. Which gives this event a layer of history that you might not get by staging this event elsewhere," Genevieve stated. "Of course, the real home of classic Hollywood is Hollywood itself. Which is why we're so thrilled to be in the venues that we have. Theatres like the Chinese which are still first run houses and a vibrant part of what Hollywood is today." 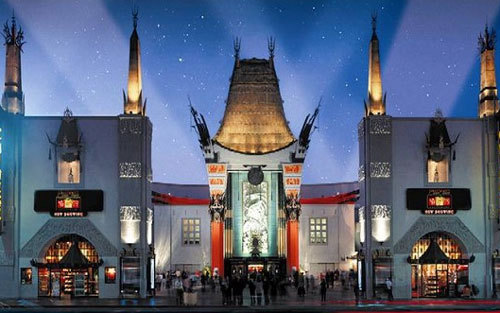 And even as TCFF 2015 is getting underway, McGillicuddy and her team are already knocking around ideas for the 2016 edition of this film festival.

"There's an on-going conversation that goes on throughout the year. Our head programmer Charles Tabesh is always looking for fun new ideas to build panels and presentations around. And he's great about listening to TCM staffers who will then champion a particular film or performer for inclusion at the next Turner Classic Festival," Genevieve said.

So if you've ever dreamed of hearing William Friedkin explain how he shot that amazing car/subway chase in 1971's The French Connection or ever wanted to hear William Daniels and Ken Howard talk about what it was like to portray singing-and-dancing future presidents in 1972's 1776, now would be a very good time to travel to Tinsel Town and then try to score some tickets to the screenings and panels that are being presented at this year's Turner Classic Film Festival.