Earlier this year, I turned 50. It was mostly a non-event as I've been telling people I am 50 since I was 42. Adding years to your actual age always elicits a "you look good for your age" response and I am not against shortening my life span for a compliment.

But actually being 50 is turning out to have tons of unexpected benefits. Here are my top 10 reasons:

1. Get out of a lot of unpleasant stuff by saying "I'm too old." When a wee sprout of, say, age 40 or less asks you to volunteer your nap time for some worthy cause or go zip-lining in Costa Rica, just say "I don't do that anymore. I'm too old." They usually fall for it because they have no idea you could actually run rings around them. If you say this to someone older than you, however, you run the risk of getting a "you're full of shit" response.

2. Start getting carded again. When you turn 50, you become eligible for some pretty sweet senior discounts through AARP (who must have decided you become a "senior" at age 50 during the Stone Age when the average life expectancy was about 70 years less than it is now). Apparently, though, there is a rash of rogue younger people who look really bad for their age abusing the privilege of that 10 cents off a crappy cup of coffee so be prepared to show your ID.

3. See your kids turn into really cool people. After all the years of worrying if your kids would turn out alright and, if not, would you have enough bail money, it is an amazing thing to see them become people you actually like and admire. Resist the temptation to remind them you invested every penny you ever earned and acquired high blood pressure in the process of their becoming so awesome. It will be a nice surprise for them when they have their own children.

4. Start cultivating your quirkiness. After age 50, "She should probably be on medication" becomes "Isn't she wonderfully unique?"Use this to your full advantage and really let your creativity flow. Hoarding and collecting cats, however, will still make you seem bat-shit crazy so stick to the tamer side of weird.

5. Acquire an invisibility cloak. I began to realize I was becoming "invisible" to the opposite sex a few years ago. Not that I really need that attention because my hubs is wonderful but it is nice to be noticed when you are looking all sassy in the pants. The positive flip side of this is you can saunter into the grocery store looking like death is upon you and confidently know no one will notice. Score.

7. Suddenly become a fountain of wisdom. Younger people just assume since you've lived this long and avoided living in a box under a highway you must have some valuable insights for them. This is a perfect time to spout the sage advice your parents gave you even though you totally ignored it when you were younger. Don't admit to actually doing any of the things you're advising against because it damages your credibility and what happened in Vegas, stays in Vegas.

8. Become confident in your views and opinions. Also called "being set in your ways." At this point, it's too damn exhausting to change my position which would require a level of interest and exertion of energy beyond what I'm willing to invest. It's more fun anyway to say crazy stuff like "I believe Global Warming is a plot by the Illuminati to take over the world" and watch people go ape-shit rather than try to convince them my opinion is the right one.

9. Buy random and useless stuff because you already have all the necessities. House, cars, college educations for the spawnlings, etc. are usually purchased after years of busting your ass so now you are free to roam Amazon.com to look for new and exciting things you can't believe you ever lived without. Like Tiaras and White Majorette Boots.

10. Stop sweating the small stuff. Making dinner, doing laundry, grocery shopping, and wearing a bra just don't worry me as much anymore. That's why Hot Pockets, Tide Stain Sticks, pizza delivery and big sweatshirts were invented. Not worrying about the small stuff gives my mind time to ponder more important questions of life like "How can I be a better person?" and "Can I justify wearing my new red boots three times in one week?"

All in all, pretty good stuff. If you are 50 or older, what are your faves?

PHOTO GALLERY
Games Every Post50 Woman Should Know
Download
Calling all HuffPost superfans!
Sign up for membership to become a founding member and help shape HuffPost's next chapter
Join HuffPost 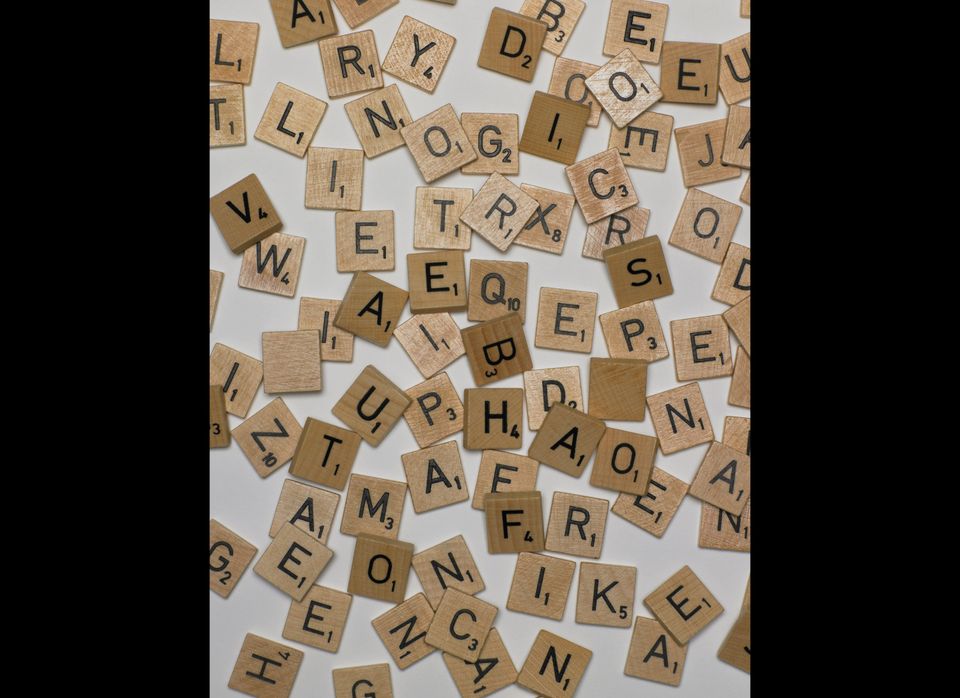 1 / 5
Scrabble
<strong>History: </strong>In the 1930s, an unemployed architect named <a href="http://www.nytimes.com/1993/04/07/obituaries/alfred-m-butts-93-is-dead-inventor-of-scrabble.html" target="_hplink">Alfred M. Butts </a>invented a board game that went from "Lexiko", to "Criss Crosswords", to "Scrabble", which eventually stuck. <strong>The Gist: </strong>While the mobility of "Words With Friends" makes the smart-phone scrabble knock-off highly addicting, round up your friends, a few bottles of wine, and expand your vocabularies together in person by scoring points by forming words from individual lettered tiles on a game board marked with a 15-by-15 grid. <strong>Get Started:</strong> They cost more than a free download, but these <a href="http://www.restorationhardware.com/catalog/product/product.jsp?productId=prod190063" target="_hplink">vintage Scrabble sets</a> are much easier on the eyes. (Less costly Parker Brothers version <a href="http://www.amazon.com/Brothers-Vintage-Collection-Exclusive-Scrabble/dp/B00285IE58" target="_hplink">at Amazon</a>)
alamy