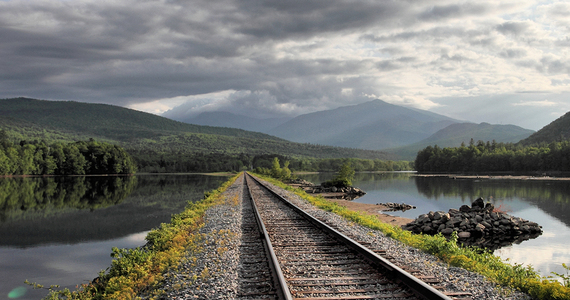 In a throwback to a long lost era of government intervention in private industry, the U.S. Surface Transportation Board (STB) is weighing proposals that would cap railroad revenue.

It worked bigtime. Earning sufficient revenues allowed railroads to transform a failing system into the world's best freight rail network. It allowed the railroads to earn enough to make massive investments in rail infrastructure. This private investment in turn allowed rail productivity to surge, leading to lower rates that attracted large volumes of new traffic, with freight rail competing head on against other modes of transportation such as trucking, pipelines, air cargo, and shipping.

The result is that freight railroads ensure the U.S. economy functions efficiently and effectively and that millions of passengers have reliable transportation when Amtrak and commuter trains access our rail lines.

The possible re-interpretation of those two words certainly raises questions about the future of the U.S. economy and whether our nation will have a world class freight rail system to propel its economic success -- or whether the U.S. freight rail system will be set back on a trajectory of failure.

The reason most economists, and policy makers for that matter, are skeptical about price controls is that they distort the allocation of resources. When the marketplace cannot respond to increased demand, you get shortages. Shortages from government price controls often lead to government rationing, and attempts to evade those price controls. A simple form of evasion is quality deterioration. To prevent any erosion of quality, the agency controlling prices also has to actively regulate service quality as well.

What that means for the rail industry is very simple: if you cap rail rates, then you discourage innovation and productivity initiatives and diminish revenue.

If you diminish revenue, then you curtail the amount of funds that rail companies return to their networks, which currently is huge - about $29 billion this year alone and $575 billion since 1980. If you curtail this level of spending, then the STB will be responsible for the frustration of a number of important government policies and national goals.