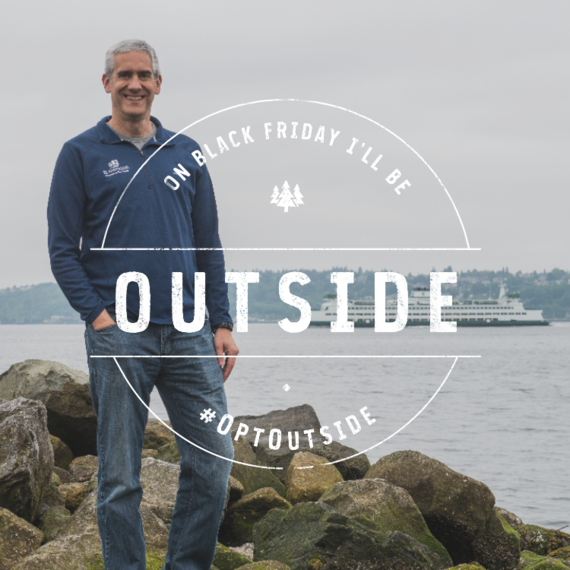 It's the week of Thanksgiving, which means that Black Friday is also looming around the corner. By now there's a good chance you've heard that national retailer REI plans to close all 140+ of its stores on the biggest shopping day of the year, paying its employees to take the day off and enjoy the great outdoors.

It didn't take long for cynics to question REI's motives. Shortly after the #OptOutside campaign was launched, I received an email from an online discussion group. The subject read: "REI Closed on Black Friday: Altruism or Mere Marketing Ploy?"

To be fair, REI has gained significant press from its announcement - the story is playing out in media outlets from NBC to Forbes to USA Today. But to characterize this decision as a PR stunt is shortsighted, and it discounts the magic that is taking place both at REI and in the larger world surrounding them.

Full disclosure: as a leading provider of outdoor-education experiences in Seattle, the nonprofit organization that I lead has received donations and volunteer time from REI and its team. I have also gotten to know a lot of the company's people - from three of their CEOs to dozens of the "green vest" employees who work in the stores. And if I had one word to describe REI's recent move, it would be "AUTHENTIC."

Every person who I've met from REI seems to share one particular trait - each of them is passionate about the outdoors. When these folks aren't working, they are out on the water, in the woods, and on the slopes. REI's decision to close on Black Friday is authentic to its core. They are doing this to walk their talk, and to help build a movement that is reconnecting people with nature. This national movement has also been advanced by others in the outdoor industry, the federal government, and nonprofit organizations. (In contrast, it is unimaginable to think of big box stores and large online retailers snubbing their nose at Black Friday, a day in which shoppers spent an estimated $9 billion last year.)

It is becoming increasingly evident that time spent outdoors is beneficial to our physical and mental health. To that end, the White House recently launched its Every Kid in a Park initiative to encourage all fourth graders and their families to visit public lands. As Secretary of Interior Sally Jewell (a former CEO of REI) put it: "We want to make sure that every American has the opportunity to develop a lifelong connection to our nation's land, water, and wildlife."

The nonprofit organization which I lead works tirelessly to introduce children - particularly urban kids - to the outdoors. In any given year, we get tens of thousands of children outdoors. So I am thrilled to see our work growing into a much larger movement at the national stage - from the White House to REI. From where I sit, it's extraordinary to think that on a single day, a Black Friday, a day that has been defined in the past by traffic accidents and trampled shoppers...nearly a million people have already signed up to spend the day outside.